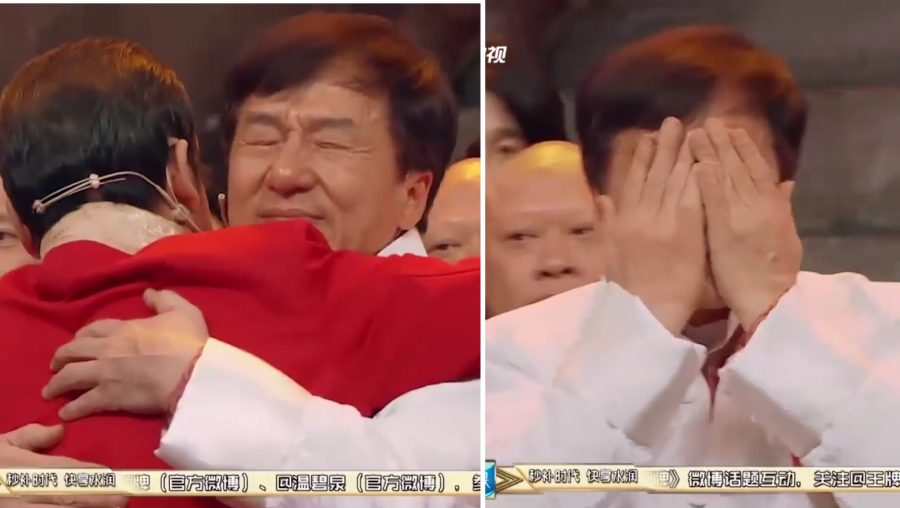 INCREDIBLE: Jackie Chan Surprised By His Original Stunt Team, And His Reaction Will Make You Cry

When he was in India to promote his latest  film KungFu Yoga recently, Jackie Chan spoke about how he worked tirelessly without ever thinking about awards. His dedication paid off when he was given an honorary Oscar Award late last year – this after 56 years of work and more than 200 films!

And while he did mention about his relentless work and also how he was supported by his stunt team through, his Original stunt team had a surprise for him when he got back to his country. One that was sure to get tears to his eyes, as well as everyone else.

One of the members of his original stunt team in a video message for the legendary action star says, “I hope he lives a hundred years, that way he can take care of all the brothers a hundred years.” All team members evidently considered each other brothers, including Chan. Another member spoke about how the actor helped him buy a house.

We all have seen his side as an actor – comic as well action. But seldom has anyone seen this side of his.