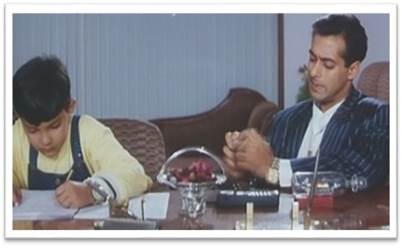 The legacy of Hindi cinema has always been driven by plots and story pits from many of the Hollywood and other foreign movies.

We all must have noticed many of Bollywood movies cutting similarities with famour hollywood flicks. Be it the Shahrukh Khan Hitmaker Baazigar being based on A Kiss Before Dying or the thriller Drama Aitraaz starring Akshay Kumar,Priyanka Chopra and Kareena Kapoor being inspired from Disclosure.  However, no matter how different the versions are, we still enjoy both of them with the same taste and excitement.

we have always enjoyed both the versions.

Talking of remakes, It’s not always bollywood that remakes their counterparts. But rather there is also one such movie which infact is a hollyood remake of a bollywood blockbuster.

Don’t we all remember the classic Salman Khan and Aditya Narayan’s camaraderie in the movie Jab Pyaar Kisise Hota Hai(1998), well that in fact has been remade by Hollywood with Dwayne Johnson’s aka The ROCK’s  in a comedy feature The Game Plan directed by Andy Fickman in 2007.

The films draw a stark reality with the plot of Jab Pyar Kisi Se Hota Hai when both the male protagonists get a blast from the past when one fine day they are introduced to their child that they never knew they had! 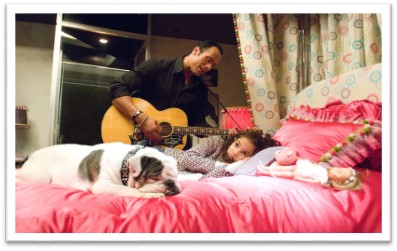 Suraj,a young carefree spoilt rich Casanova played by Salman Khan is the heart throb of all the ladies in town until he falls for the love of his life Komal and mends his way of life completely. Everything runs fine until one day a little boy Kabir played by Aditya Narayan knocks his door claiming himself to be his son from a previous affair.

In the movie The Game Plan too, Joe Kingman (Dwayne Johnson’s ) is showcased as a rich spoilt football star and ladies’ man until he is greeted by an 8 year old girl stating herself to be her daughter from a past relationship.

The movies deal with how both the leads cope with this fiasco of life and make their way through a turmoil to a happy ending.