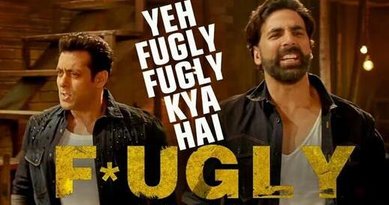 The FUGLY promotional video featuring Salman Khan and Akshay Kumar seems to have gone viral with its own parody videos cropping up in the internet.

Which video do you think is the best?