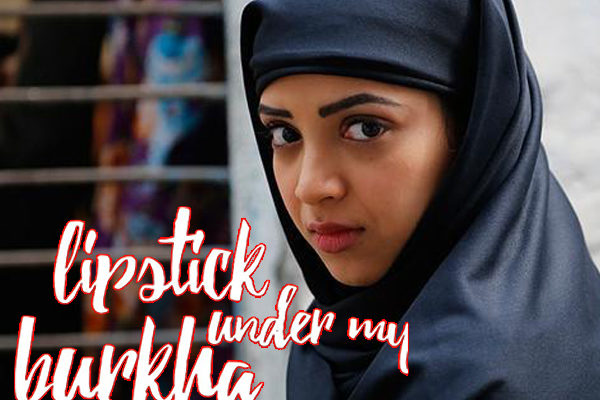 An EPIC trailer and the Lipstick Dreams under the Burkha

2016 has been a wonderful year considering that many good films in the indie film scenario in India has shown up. We came across one such film. It is “Lipstick Under my Burkha” and it got us excited immediately. It is one trailer that makes you want to watch the movie immediately. The film stars Ratna Pathak Shah, Konkona Sen Sharma, Aahana Kumra, and Plabita Borthakur in lead roles, and has been directed by Alankrita Shrivastava and produced by Prakash Jha.

It is one bold movie and is going to encourage other filmmakers to make such movies.

Four feisty women from the bustling bylanes of old Bhopal, quietly chase their dreams, rebelling in small ways against the conventional identities they are boxed in. Through the colourful prism of the double lives of these women, the film explores the many shades of female desire.

A college girl struggles with issues of cultural identity and her aspirations to become a pop singer. A young beautician seeks to elope with her lover and escape the claustrophobia of her small town. An oppressed housewife and mother of three lives the alternate life of an enterprising saleswoman. A 55-year-old widow rediscovers her sexuality through a phone romance.

“As women, we often have secret dreams, nurtured by the pulpy romantic fantasies that we discover through films, books, songs and things we see around us. But there is a deeper desire that is perhaps inherent in our very beings. That is what I have tried to explore through the film,” Shrivastava said.

“There is love and sex, romance and heartbreak, ambition and passion. But most of all, the film is about the small dreams of these four women, who are trapped in the claustrophobia of their lives. In the dichotomy between tradition and modernity, what happens to female desire- and how long can it be contained? This story was so compelling that I knew it had to be made,” Jha added.

Lipstick Under My Burkha will screen at the MAMI Mumbai Film Festival on the October 26. We are looking forward to it.