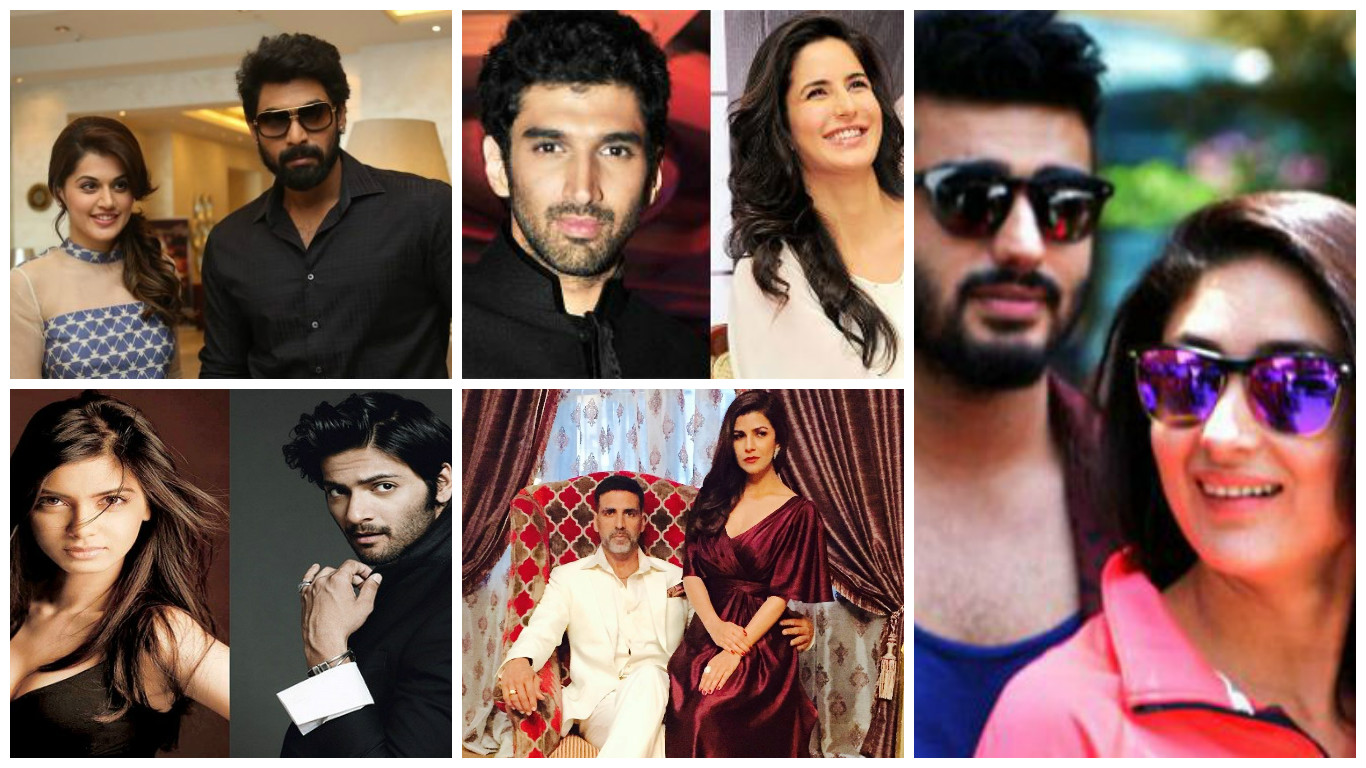 Bollywood pairs to look forward in 2016

January 1, 2016 0 By Fried Eye News Service
With the evergreen jodi of Shah Rukh Khan and Kajol hitting the theatres back with their golden romance. Let’s take a look at some of the unusual and never seen together pairs who will be seen romancing on the silver screen in 2016:
Akshay Kumar and Nimrat Kaur:
Akshay Kumar will be seen romancing Nimrat Kaur in their upcoming film ‘Airlift’. Their film’s song ‘Soch’ is already out. Definitely the duo looks promising on screen and quite unusual as well.
Rana Daggubati and Taapsee Pannu:
The two actors who were seen in ‘Baby’ didn’t share screen space together in the film. However, the two will be seen romancing each other in their upcoming film ‘Ghazi’. It’ll be interesting to see them together on screen as both have quite a rage in in South and B-town.
Ali Fazal and Diana Penty:
Ali and Diana will be seen opposite each other in Anand L Rai’s ‘Happy Bhaag Jayegi’. Apparently, the duo were shooting for the film in Chandigarh. Recently, the two actors were seen bonding really well on the sets when they discovered that they were from the same college. Kareena Kapoor and Arjun Kapoor:
Kareena Kapoor and Arjun Kapoor will be seen dazzling the silver screen with their unusual romance in R Balki’s ‘Ki and Ka’. The latter who is quite younger than the former is all excited to star opposite the actress. The two have already started shooting for the film. It will be interesting to see how the pair comes out on screen.
Katrina Kaif and Aditya Roy Kapoor:
The duo will be seen romancing in Abhishek Kapoor’s ‘Fitoor’ a romantic drama film. The film is set to release in the Valentine’s week. Both the actors make a wonderful pair.
These unusual pairs will definitely set the temperature high on the silver screen with their sizzling romance.

5 kinds of non-drinkers you will find at a party