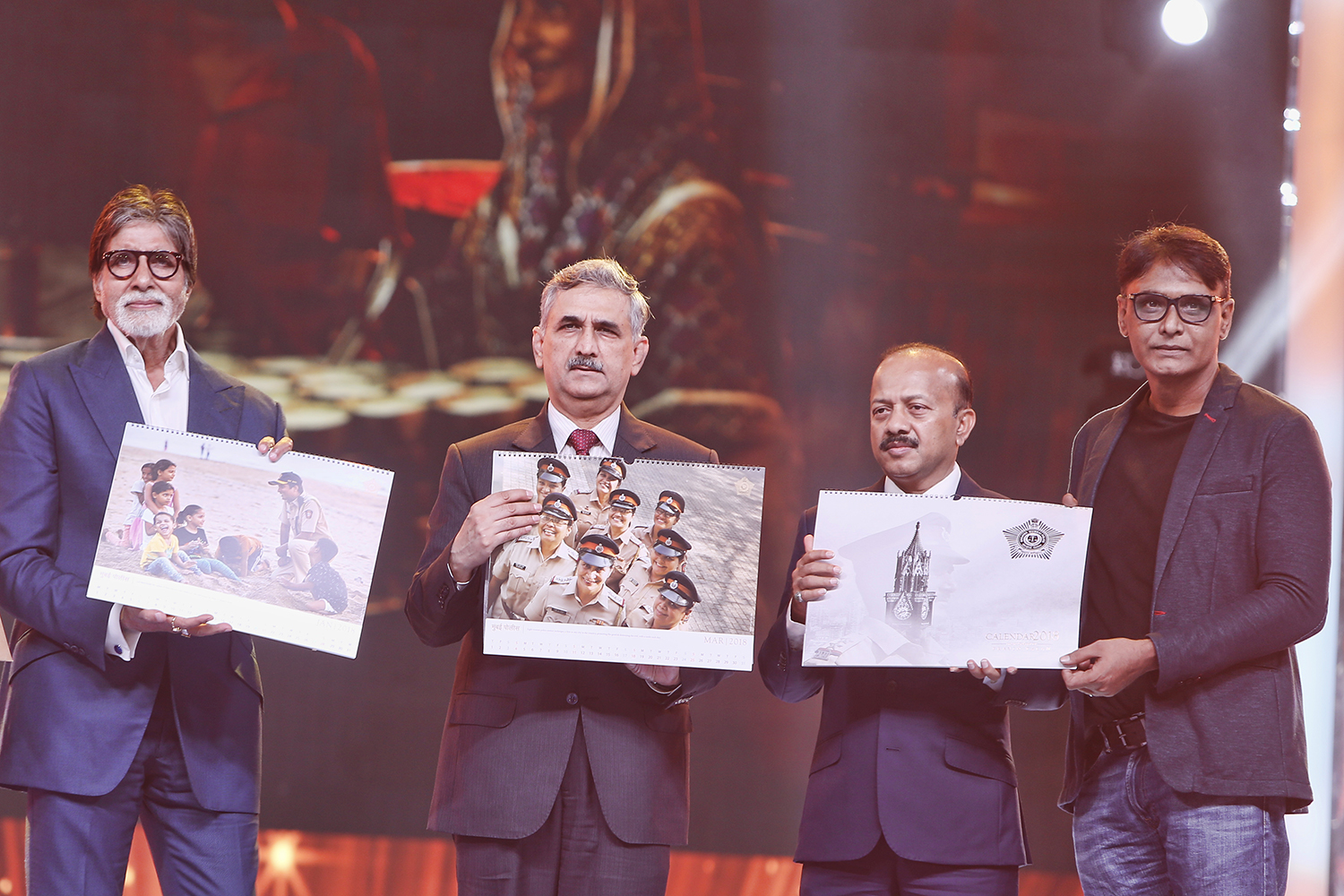 He has played the cop many a time on screen, from Zanjeer or Khakee, each time inspiring a whole generation to serve the country. Of course when he got a chance to unveil a calendar that showcases the inspiring side of Mumbai Police, Amitabh Bachchan could have not said no! Which is exactly what the superstar did at the recent Umang event – released ace photographer Pravin Talan’s third edition of the Mumbai Police calendar, in presence of the Commissioner of Police, Mumbai Mr. Dattatray Padsalgikar and other senior officials of the police force.

Apart from his screen avatars, Mr Bachchan has also shared a close rapport with the police force, often talking about the sacrifices the men in uniform make while serving the city. Interestingly it is these very stirring tales that Pravin Talan’s calendar showcases. Congratulating the photographer, the actor also felicitated him on behalf of Mumbai Police by presenting him a memento at the event. 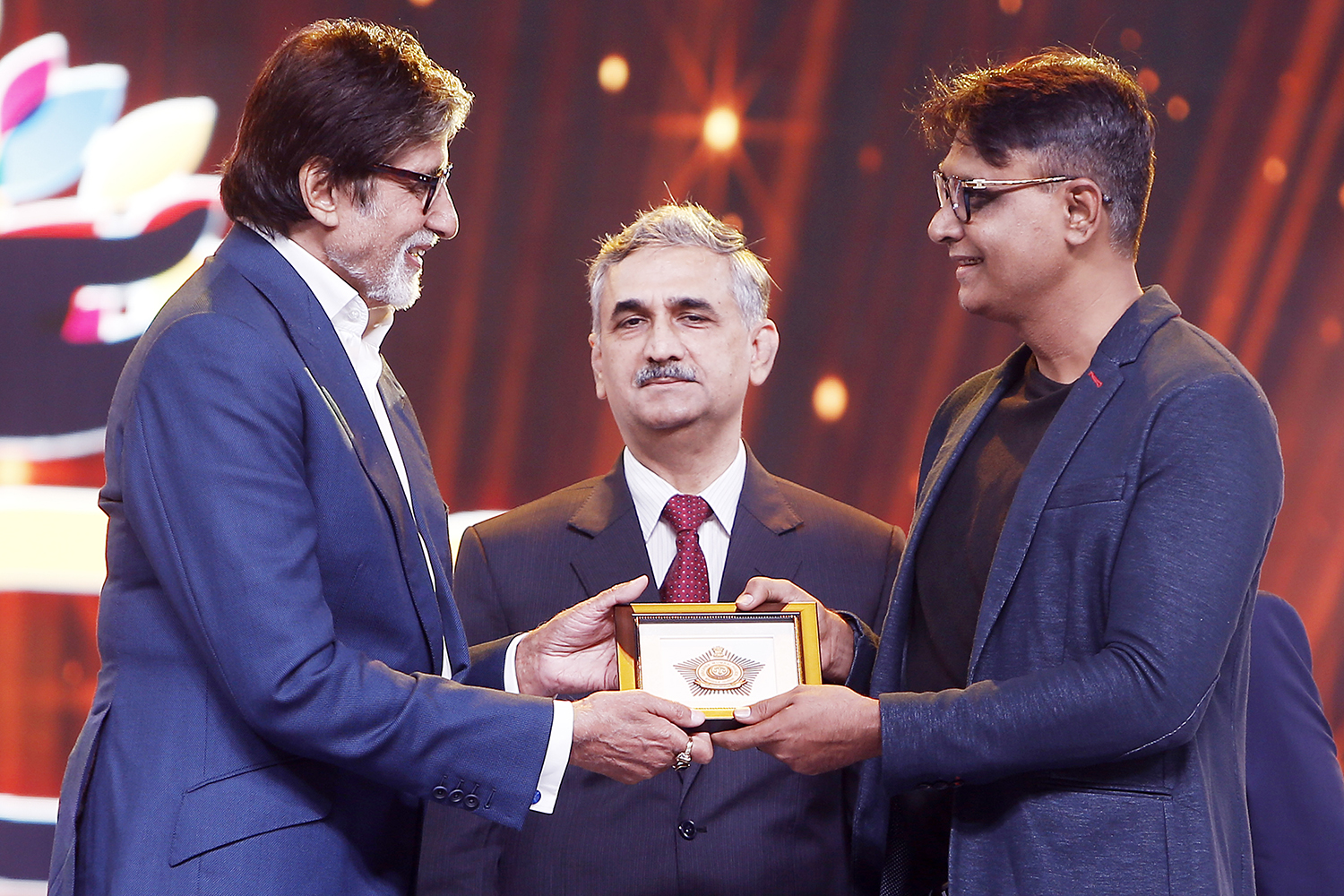 Talking at the event the Commissioner of Police, Mumbai Mr. Dattatray Padsalgikar said, “For Mumbai Police, 2017 has been 365 days of celebrating an undying bond with the citizens and rediscovering its power in helping us overcome any crisis.” He also thanked each and every Mumbaikar for the constant faith, support and encouragement.

Seeking to capture new facets and new tales, Pravin Talan’s 2018 calendar has some rather realistic photographs taken throughout the year (2017). His pictures display the herculean tasks of Mumbai Police across various seasons and festivals, making it one of the most enriched and liveliest calendars yet. Pravin Talan ‘s work has always been regarded as original, soulful and creative. Talking about the calendar he says, “capturing the spirit of Mumbai in the shadows of police was a roller coaster ride in spite of all the jostling at mass gatherings or getting all drenched in pouring rains.”

The Mumbai Police calendar has come to be regarded as one of the finest visual statements on Mumbai city and its police force. From crowd management in massive rallies like Maratha Kranti Morcha to management of religious festivals like Ganpati and Eid, it not only showcases the multicultural and religious flavor of the city but the humongous task of maintaining law and order at such times.

The fisheye view of the policemen on patrol boat taking up the security challenges on the daunting sea or traffic cop braving pouring rains are amongst some of the more unforgettable shots. The calendar, as usual, has its signature shots of warmth and human connect where a policeman on the beach smiles at children making sand houses, or a senior citizen confiding in a smiling policeman.

The calendar also gives a peek into the state- of- the- art Police control room and recently introduced Riot Control Police.

Internationally acclaimed fashion & lifestyle photographer Pravin Talan has made it a mission to photograph men and women in uniform and in past four years photographed almost every Indian Defence and Central Armed Police Force that includes Army, Navy, Coast Guard, NSG, BSF, CISF and CRPF.