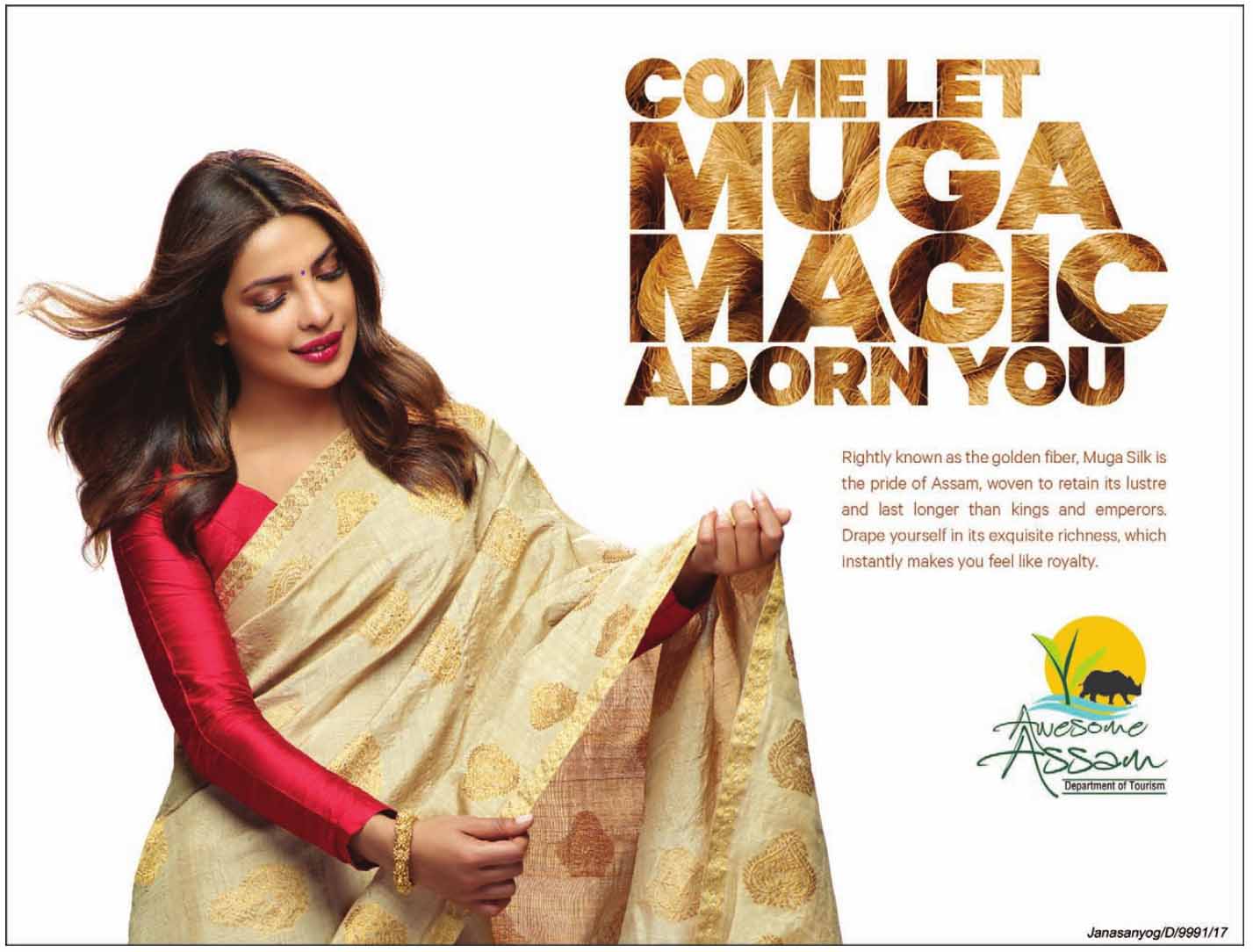 So, Priyanka Chopra finally managed to make time for Assam. She flew all the way from United States of America to Assam, shot for an ad campaign for two days – a video that has been shot elaborately at a cost that could make film producers roll their eyes. Should we be pleased? Yes, sure. We could have a more engaging tourism ad than what we had last year, which was well shot too but it did not quite do justice to the fact that Priyanka Chopra was signed for a huge sum of money.

We are pleased that she wore a beautiful Mekhela Chador, along with nice Assamese jewellery, mingled with people from the state. And hey, even trended on twitter on the day she landed in Assam. Wow! So cool. And then we got to know something more. 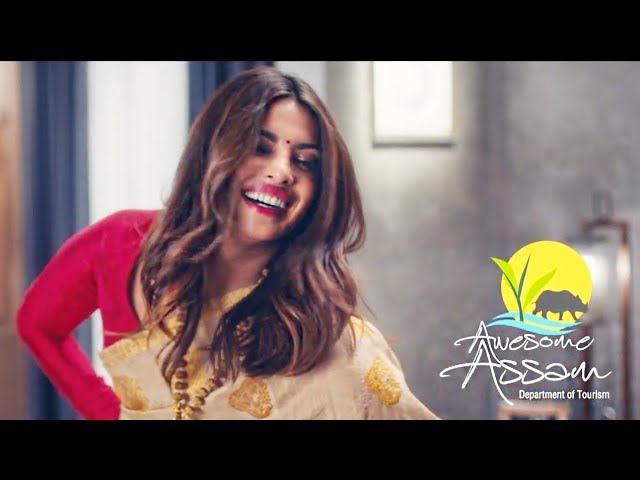 Appears Ms. Chopra was flown into India along with her team all the way from US, at the expense of our dear old state government. A journey (to and fro) that cost nothing short of Rs 25 lakh. No, don’t roll your eyes yet. Wait till you hear this. Priyanka Chopra was flown from Mumbai to Jorhat in a chartered flight, because of she can’t fly regular. And the chartered plane was parked in Jorhat for two whole days, at the actress’s disposal. This allegedly cost another Rs 75 lakh. Yes, a neat sum of 1 crore only on her travel! Yes, now you may roll your eyes.

Good thing – in the two days she was in Assam, the department of tourism evidently made her slog. For every penny she was paid. She shot for the videos, travelled to Kaziranga, and even shot in Majuli! Plus do enough photo-ops.

All we hope is that the new ad, shot by a very well-known ad-filmmaker Lyod Baptista, does more justice to the state than what the last year’s video did. The Department of Tourism, Assam has drawn lots of flak due since the Awesome Assam campaign was launched. First, it was the logo design which looks amateurish then it was awkward tagline in the poorly edited video. So, when Priyanka Chopra was signed as brand ambassador till 31st December, 2018, lot of criticism followed as the signing amount did not justify the results.

Amitabh Bachchan had endorsed Gujarat tourism. And he did not charge any money for it. The government had put this on record. Likewise, Shah Rukh Khan promoted West Bengal tourism, and had not charged any fee for it.