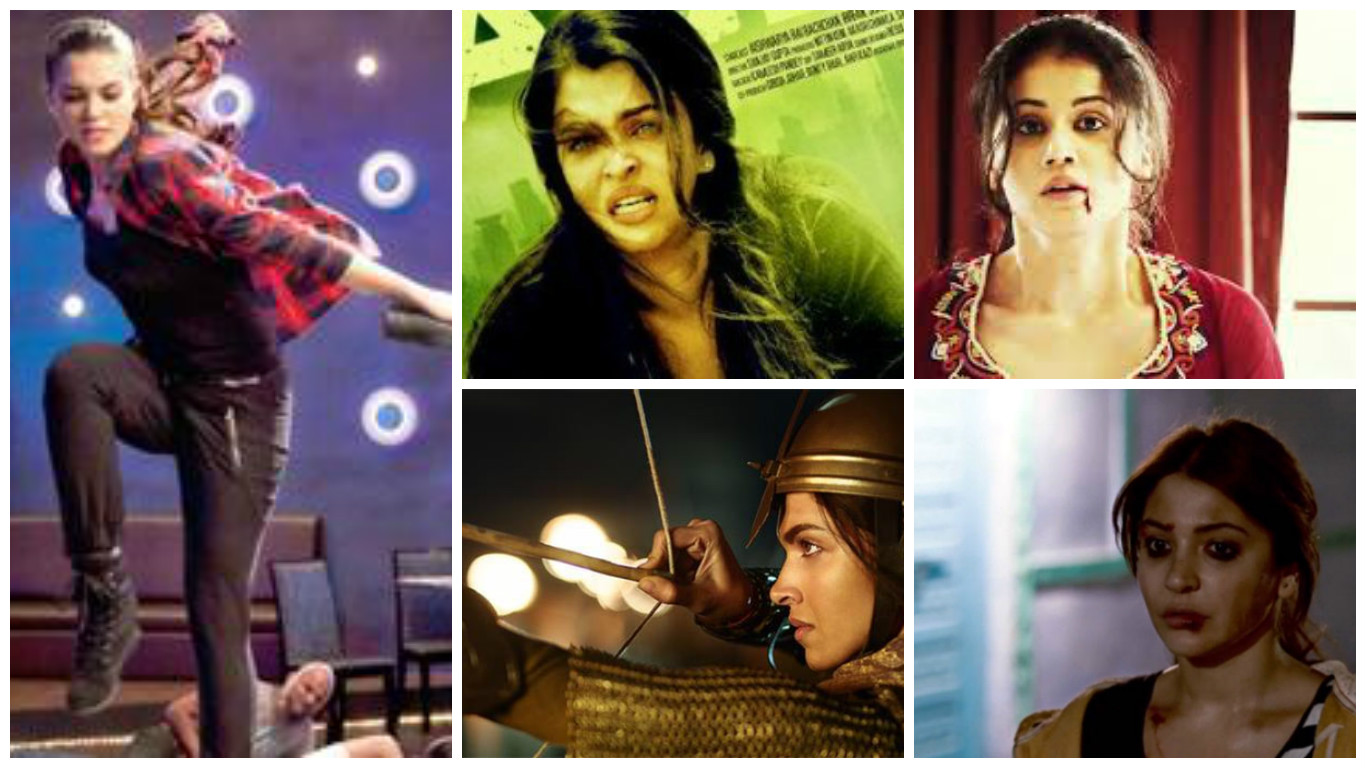 December 31, 2015 0 By Fried Eye News Service
Taapsee Pannu in ‘Baby’:
The talented actress amused the audiences with her breath-taking action sequence in the film ‘Baby’. The actress played an Indian spy part of a covered mission. She was seen in a tough role.
Aishwarya Rai Bachchan in ‘Jazba’:
The blue eyed actress was seen doing some action moves in her film ‘Jazba’. She played a single mother and lawyer by profession whose daughter gets kidnapped. The actress blown us with her power packed performance. Deepika Padukone in ‘Bajirao Mastani’:
Deepika played a warrior princess in the film. She gazed the silver screen when used swords to shed some blood in the action sequences. The actress truly lived up to her character making her fans go gaga over her performance.
Amy Jackson in ‘Sing is Bling’:
Amy Jackson did some kick-ass action stunts in her film ‘Singh is Bling’. The actress who was seen opposite the Khiladi Kumar surprised us with her action moves. The actress who looked delicate also kicked lot of butts proving her versatility as an actor.
Anushka Sharma in NH10:
Anushka Sharma stunned the audiences by her thriller film ‘NH10’. The actress who played a corporate lady, meets with some mishap events which make her do some serious thrilling action moves. The actress was highly appreciated  for her role in the film.
These beauties definitely know to kick some butts!

Bollywood actors who entered Hollywood in 2015