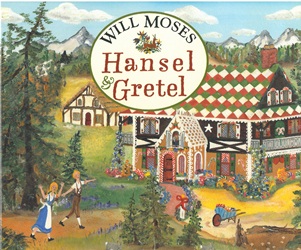 Food is the best thing in our life and perhaps the only good thing. It has also been said by the wise that a happy stomach can only lead to genesis. This has been recognized by some of the genius authors who have written tales based on food to capture the young imagination of a child and their works have become classics in children literature. Following are a brief review of the most popular of such tales.

Charlie and the Chocolate factory 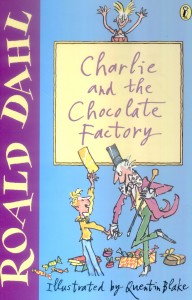 Charlie and the Chocolate Factory is a 1964 children’s book by British author Roald Dahl. The story features the adventures of young Charlie Bucket inside the chocolate factory of the eccentric chocolatier, Willy Wonka.

The story centres around an average boy named Charlie Bucket, who lives in extreme poverty with his extended family, and his adventures inside the chocolate factory of Willy Wonka. Fifteen years prior to the beginning of the story, Willy Wonka opened the largest chocolate factory in the world, but spies stole his recipes, so he eventually closed the factory. Although, it wasn’t closed forever and one day he decided to allow five children to visit the factory. Each child would win a lifetime supply of chocolate after the factory tour. The children had to find one of the five golden tickets hidden inside the wrapping paper of random Wonka bars to be qualified to visit the factory. Augustus Gloop (a boy who eats constantly), Veruca Salt (a girl who is spoiled), Violet Beauregarde (a girl who chews gum all day), Mike Teavee(a boy who loves to watch television), and Charlie Bucket win tickets and visit the factory. (Barring Charlie Bucket , the rest of the children are symbolic of the vices that are prevalent among children.)

The factory is full of strange and fantastical rooms, and a wonderful drama is woven around these wonderful rooms. 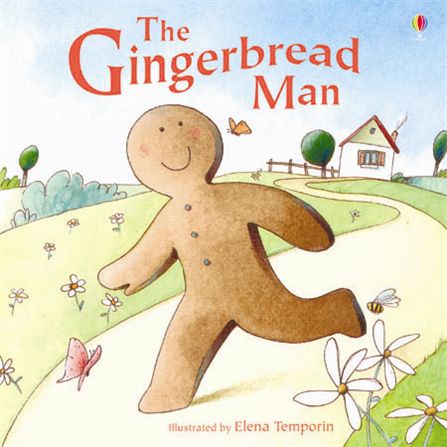 It has been one of the most popular fairy tales among children. The Gingerbread Man (also known as The Gingerbread Boy) is the anthropomorphic protagonist in a fairy tale about a cookie’s escape from various pursuers and his eventual demise between the jaws of a fox. First published in 1875 in St. Nicholas Magazine, it is a tale of a childless old woman baking a gingerbread man as her son who leaps from her oven and runs away. The woman and her husband give chase but fail to catch him. The gingerbread man then outruns several farm workers and farm animals while taunting them with the phrase:

I’ve run away from a little old woman,

And I can run away from you, I can!

The tale ends with a fox catching and eating the gingerbread man who cries as he’s devoured, “I’m quarter gone…I’m half gone…I’m three-quarters gone…I’m all gone!”.

“The Giant Turnip” or “The Enormous Turnip” is a children’s fairy tale of Russian origin. It is a progressive story, in which a grandfather plants a turnip, which grows so large that he cannot pull it up himself. He asks the grandmother for help, and they together still cannot pull it up. Successively more people are recruited to help, the boy, the girl, the dog, the cat and lastly the mouse until they finally pull the turnip up together symbolising the strength of united efforts.  Lastly they all eat the turnip together. 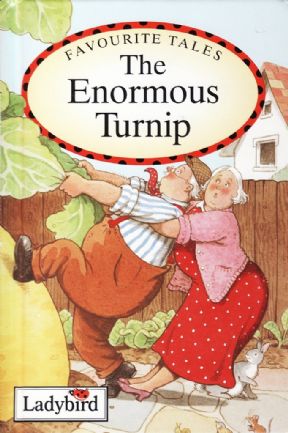 The Princess and the pea

“The Princess and the Pea” is a tale of a young woman whose royal identity is revealed by a test of her physical sensitivity. The story tells of a prince who wants to marry a princess, but is having difficulty finding a suitable wife. Something is always wrong with those he meets, and he cannot be certain they are real princesses. One stormy night (always a harbinger of either a life-threatening situation or the opportunity for a romantic alliance in Andersen’s stories), a young woman drenched with rain seeks shelter in the prince’s castle. She claims to be a princess, so the prince’s mother decides to test their unexpected guest by placing a pea in the bed she is offered for the night, covered by 20 mattresses and 20 featherbeds. In the morning the guest tells her hosts—in a speech colored with double entendres— that she endured a sleepless night, kept awake by something hard in the bed; which she is certain has bruised her. The prince rejoices. Only a real princess would have the sensitivity to feel a pea through such a quantity of bedding. The two are married, and the pea is placed in the Royal Museum.

And of course how can we forget the cottage made of chocolate and candies – a fantasy of every child. For that matter even the witch who owned the cottage was unforgettable too. The tale of the abandoned brother and sister in a jungle by their parents  has a poignant note to it and the chocolate and candy treat house kind of compliments each other perfectly.

There are hundreds of tales where food is used as a medium to capture the imagination of a child which we could not cover due to time constraints, but you are always welcome to suggest us your list.