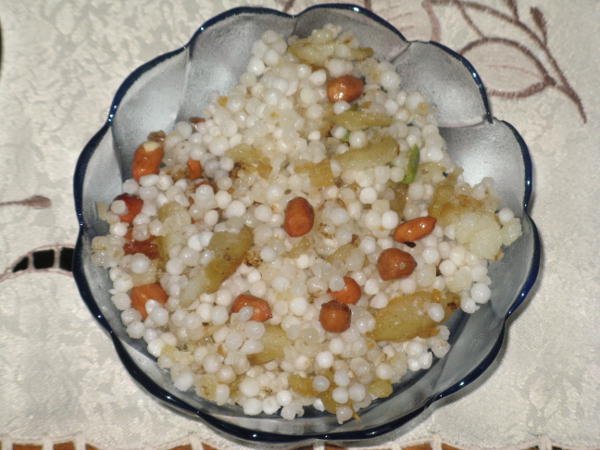 As I entered her home, a divine whiff of rich aroma filled the air. Pratibha Sharma, a lovely lady of 65 yrs waited patiently displaying 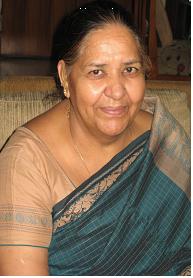 varieties of vrat ka khana. I was just in time to capture the process of making sabudana khichdi. With a gleeful curious smile, she showed me boiled potatoes soaked comfortably in oil, getting fried in those spluttering oil bubbles in wok. Her eyes stopped at something and with shy smile, she pointed at the soaked sabudana, ‘Don’t they look playful?’. Indeed they looked like small unstrung white pearls beads. As she was tossing the potatoes, she detailed the ingredients for making the khichdi. 1 cup sabudana to be washed and kept covered by thin muslin cloth for minimum 2 hours with 2 tea spoons of lemons juices mixed in it. 2 large potatoes needed to be boiled, peeled and cut into equal cubes. Another ingredient used as flavoring agent was a small heap of 2 medium fresh green chilies finely chopped. A tea spoon was already mixed with the soaked sabudana.

Although it took me awhile to understand those unassorted ingredients for making the khichdi, but looked simple when Pratibha started to fry cumin seeds till golden brown in oil. Into it was added a handful of raw unsoaked groundnuts. After stirring the ingredients for sometime, boiled potato cubes were added. They were fried till the oil started to leave the potatoes. Rock salt powder was added according to taste. Finely chopped green chili about 1 tea spoon went into the ingredients and was cooked till 5-8 minutes at low flame without covering the wok. Lastly, the soaked sabudana was added and stirred evenly. After few minutes the dish was ready. 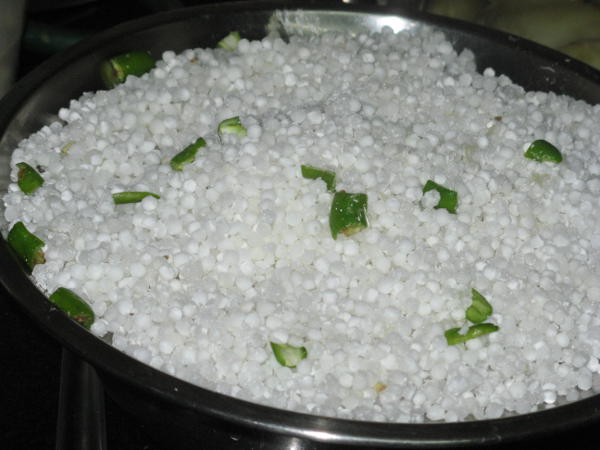 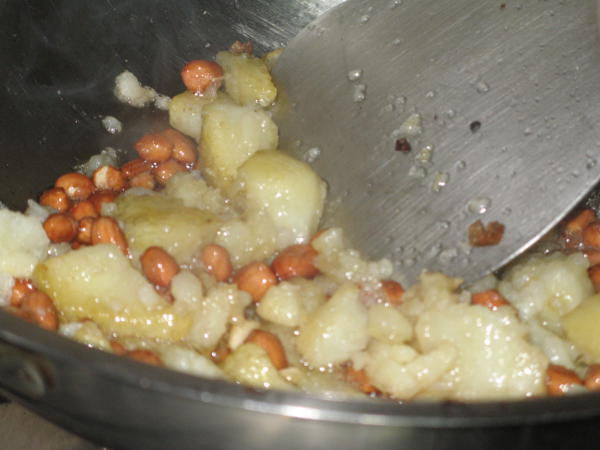 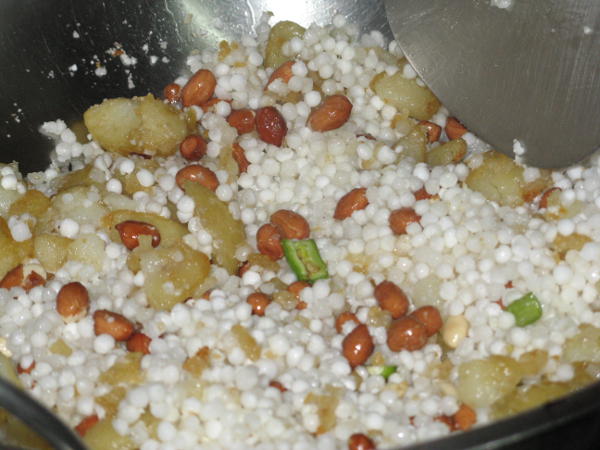 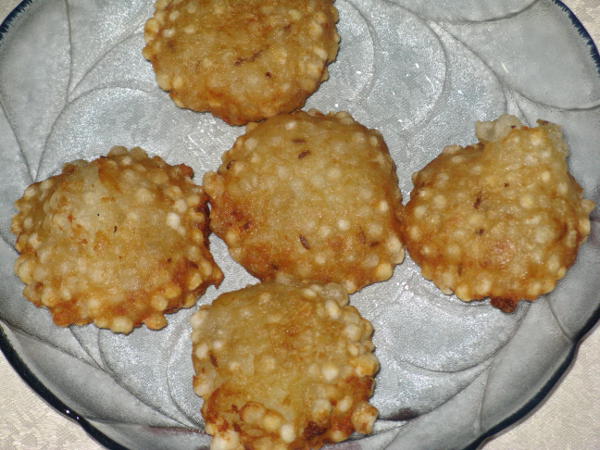 The texture, the softness, the lightness and the colour of sabudana tikkis depend on the experience of the person who has innumerably made many times. The sabudana tikki made by Pratibha looked light and were not too much mixed with potatoes and other spices. Sabudana tikki form main part of the dish during vrat (fasting for religious purpose).

Although it appeared quite complicated at first, well, it was not so. Firstly, potatoes are boiled. 3-4 medium potatoes go evenly with 250 gms of soaked sabudana. The soaked sabdana, boiled potatoes, ½ tea spoon of cumin seeds, rock salt, finely chopped green chilies are evenly mixed together in a mixing bowl by crushing the ingredients properly. The consistency of the mixture needs to be little lose. Then by taking some quantity in palm, they are rolled in between the palms to make balls and pressed slightly to flatten them. Lastly the flattened balls are deep fried in hot oil till brown on both sides. Tikkis are ready!

‘Nemu’- I miss you a lot -by Chandanjyoti Gohain

From Dubai with love- Food Exotica