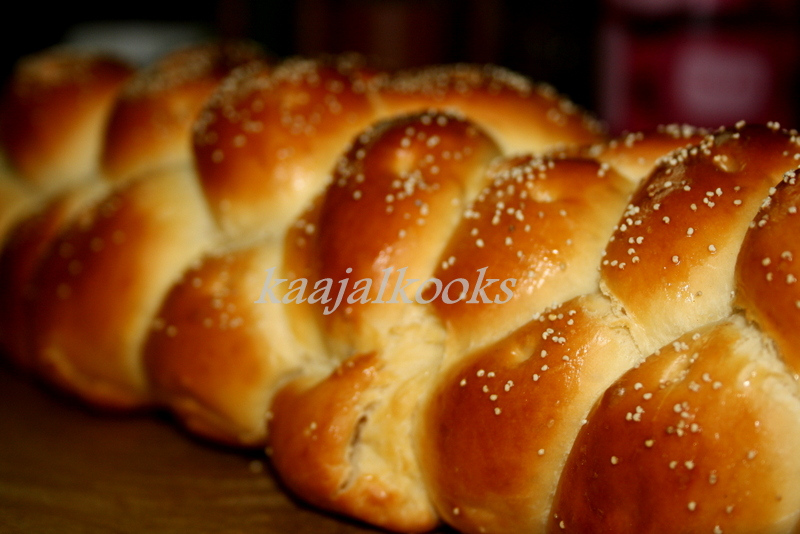 The lovely aroma of bread in the house is just too appealing .I decided to make this bread for a  Bread Bake off happening on Chef at Large, a Facebook food page.  A good friend and a wonderful baker herself – Anshie , suggested that I should try the 6 braid Challah, a Jewish bread usually made on Sabbath and holidays. When she shared a link for me to go through, my jaws dropped…how was I ( who was taking baby steps, when it came to bread making) supposed to pull that one off. But she had full faith in me and she goaded me to go ahead and give it a shot. Boy am I happy that i did. So at the end of the day her faith in me conquered an I was able to make this beautiful bread, which not only looks beautiful but tastes lovely too and my kids just could not get enough of it.

Note:  I followed the recipe on http://www.finecooking.com . They have a video showing how to braid as well. 1. Move the second-to-the-right strand to the far-left position.

2. Move the far-right strand left over two strands, to the center position (spread the strands apart to make room).

3. Move the new second-to-the-left strand over to the far right position.

4. Move the far-left strand (the same strand you moved in step 1) over two strands to the center position. Now repeat the steps.