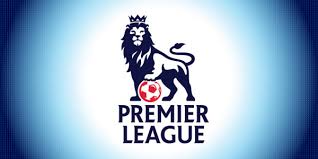 The English Premier League season is here again, with a number of teams champing at the bit to claim (or reclaim) domestic league glory.

Manchester City is the defending champion after pipping a rampant Liverpool late in 2013-14, but it might not be a piece of cake to clinch the title for a second straight year with Chelsea, Arsenal and local rival Manchester United all strengthening.

Manchester United’s appointment of Louis van Gaal makes things even more interesting this year, after the calamity that was David Moyes’s only season in charge of the Red Devils ended in an ignominious seventh-place finish.

The EPL brings to us some wonderful games of football which is something to die for. The craziness of the game, the injury time equalizers, last minute winners, the thundering screamers, all the long yard goals, the entertaining celebrations, those ultimate skills displayed by the players, and everything else about it makes our love in our hearts grow more and more day by day with each passing season for the English premier league.

No doubt this league is the best and most watched football ball league in the world. Top four on the League table

We are just half way through the EPL season 2014-15 and the excitement continues to run in our veins as we move on for the other half of the season.

Keeping calm is what we can never do when it comes ENGLISH PREMIER LEAGUE .

The energy of the game is so high which you will never want to lose.

Watch EPL and grow your love for football.