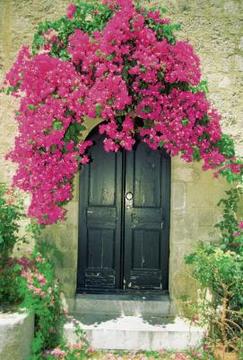 An autobiographical story, a bit abridged

Lumding, atop a “tilla” a hillock was where we stayed! One could see Lumding Railway station two hundred yards down south, and a green valley the other way!

I was an ace snake catcher, a torturer of little green grass snakes, which somehow were always aplenty in the hill-top bungalow in Lumding, Assam! Innocent things! My able assistant- a younger sibling used to be an ardent supporter, always enthusiastically ready with the odd commentary, and suggestion, provided he too got a hand on whatever I was doing! Together we were the devils, but never mind!

Unmindful of my Father’s social status, we were regular visitors to the servants’-quarters- we had two bungalow peons- Buddha and his brother, Chhote , and about four more menials- I forgot what they did, but they went about with Father, in his frequent tours to various railway stations right up to Pandu in railway saloons, the limits of father’s territory to the West, 190 kilometers away, the Eastern limit being Mariani, via Dimapur!

Buddha had a sixteen year old bride, his second, in the quarters, coexisting happily with the elder one! She used to tempt us at times, the Sahib’s sons, with roti and dal, cooked tantalizingly easily, on a wood burner made of six bricks! She would clean up the utensils and again apply mud to the bottoms of the vessels.

Chhota was usually busy in the house, digging around, helping in mom’s kitchen garden! He used to quarrel regularly with the elder, a case of the have-nots arguing with the haves, and because he had to eat at his elder brother’s, and therefore kept on a tight leash!

Mom used to be annoyed- perhaps we were undermining her authority too, as the wife of the boss of the Railway district and incidentally the lady of the household, but we could not care less!

We had a bougainvillea grove, artistically created in the garden! I and my brother (there is a second male sibling too, later) learnt to smoke cigarettes made of dried guava leaves wrapped in newspaper cut to size! Interesting discoveries, at ages 9+ and 8+ respectively! The third sibling, an evil brat, 5+, sneaked to Mom regularly about our adventures in the bougainvillea arbor! To smoke thus was perfectly divine, cough yielding, and added importance to our general feeling of having done something exotically creditable! The only problem was re-entry into the bungalow from the many doors- ubiquitous glass panes made sure that event never went unnoticed. Soon, the torment of being smelt for smoke et cetera would begin. The scenes from “Crime and Punishment” were enacted vigorously by the troubled parent!

It is here that we learnt that bamboo makes an excellent art and crafts material. Bamboo in Assam and Bengal is flattened and made into “dorma”- long panels of strong fencing material cross-woven into walls that take support from just vertically bamboo poles, strong enough to resist even the odd buffalo! The dorma is tied to the wall with thin GI wire. Our engineering talent dawned when we realized that the odd panel of the bamboo panel can be stolen from the fencing along with wire, and made into exact replicas of what? Railway tracks!!! Signals that worked and track switches too- you know the ones in the beginning and the end of railway stations, where the train goes into a branch line…

Soon the collapsing fences and the mysteriously growing miniature railway tracks in the arbor were accidentally discovered by the elders- I suspect Chhota was the culprit! Needless to say, that was the break in our engineering studies, after a hiatus that was resumed much later. And smoking guava leaves too changed to Charms, Wills, Capstan, Panama, Benson & Hedges etc at the appropriate stages in life! After all, nine years old is a little precocious for technological studies and guavas are better if eaten after getting these off from trees directly.

I forgot to tell you. My brother and I both joined the Army! My brother, then a captain like me, died in January 1978, just 27 years old, J&K!

Don’t say sorry, he was a big guy, and is looking after himself very well upstairs! I consoled his fiancé- a lovely woman! That is another story from the Bougainvillea Arbor, someday!

The Fat One Speaks