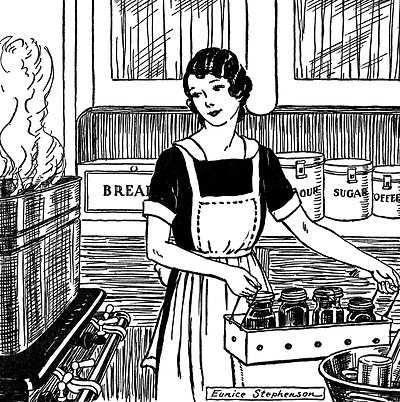 I do not remember when I got so interested in cooking – surely not when I used to make maps of all countries known and unknown instead of a simple round roti , or when I burnt the same roti on one side at least , neither when my mom still ate it patiently with the awesome vegetable she had made. So my mother’s attempts to teach me cooking were not successful till I did not need to be on my own I guess. By college time, I could make decent dinner of pulses, veggie and roti and a really impressive tea, and occasionally rice, but nothing more.

And then I went to Bangalore , to a place where we had the freedom to cook on our own. The only problem was , I did not know how to cook all that I wanted to have. Being with a south Indian and a Sindhi roommate, I could have got a good dinner for just helping them cook and doing dishes later, but I missed the taste of mom’s kitchen. And so began my journey with food in real sense. Daily call to mother had one part of the call to plan that day’s dinner and to note the recipe for the same.

I learnt bits and pieces from some popular sites and cooking blogs too later on but the way I enjoyed talking and discussing food with her, that was special. We still share that love for cooking and food talk.

When we employed a cook, ’cause of busy schedules, I kind of lost touch with cooking and till an year back , I was back to being just good at few dishes and so confused about rest.

That’s when I started living with my best friend who made sure we had to cook our self for all meals of the day. Experiments began, some failed, and most were a big success. My roomie who is an amazing cook, influenced a lot of my tastes and style. She even inspired me to try some vegetables I did not like eating before. Together, we have learned a lot of food and kitchen management skills – some from calls to mothers , some google tips and many from experience.

Also, I should be thankful to my boyfriend. He being a better cook than me (something I so wish to change one day), always has a new dish, a new style, a new spice to discuss and try. Most of our initial talks (and many arguments), I guess, were about the way in which our cooking styles differ. But gradually I realized, its a great way to spend time together – to cook together and have a lovely meal later on.

Cooking for my loved ones is a passion for me today. Also it’s such a relaxing art. For me , just the way milk gives color to tea is a beauty to watch and the aromas filling the kitchen enough to make me forget half my worries even before I settle with my cup. There are so many dishes, so many flavors , so many ways to learn and try in kitchen. Never a dull day while you cook with your heart and smile on your lips. Not to mention, its lot cheaper and healthier than eating out.

And that is precisely why I have decided to learn and cook 50 new dishes this year.

Till then, Eat healthy and if you have any free time, start cooking !

Please Sir, can I have some…

Nimue, "lady of lakes" (as per greek mythology) is a pseudonym i chose 'cause of my love for all things fluid. Am just another girl trying to make sense of my dreams, ideas, impressions and experiences through writing. I love to read, write, listen to music and watch movies. I am essentially what i write. And i write mostly at : Pages from my mind - http://ladynimue.wordpress.com/