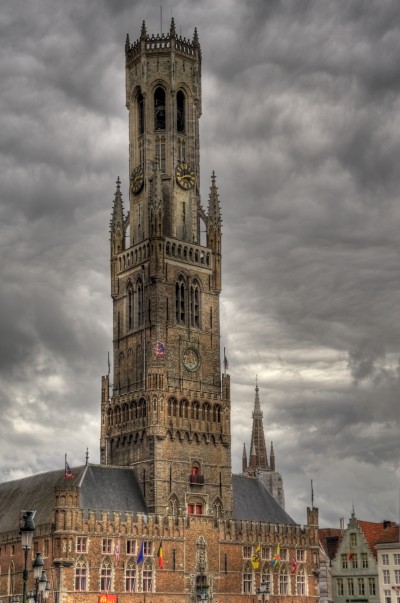 Fried Eye notes – Our esteemed poet Les Bush poet sends his greetings from New Zealand . There was an interruption in the episodes from his collection Chaos, Chance and Choices because of the up gradation and maintenance of our site. We are pleased to again resume from where we left. For a quick recap visit here and here…and here

About the poem, Les says – “The third poem (the longest) was a “dramatic fusion” of the previous two, an exercise in poetic and dramatic form to fuse two poems into a single, sustained narrative. The title was changed; new lines were added; elements rearranged. The words might be familiar; the sum is more than the total of the parts. It is a new creation

Both poems lay untouched, until 2012. I thought to myself: “Can I run these together, as a single narrative?”. This is the result. There was a change of title, the addition of extra lines in both poems, and an experiment in visual restructuring.”

PART ONE: Oh, The Desolation, the Devastation

The final encounter with fate. In silence the final assault is awaited.

When the battle is lost, the troops lay dead on the field:

Surrender, there is no point in continuing.

The poorly equipped battalions of Intellect, Emotion and Strength

had been flung against the mechanised regiments of Fate;

they were not enough; the battle had been hard, harsh, uncompromising.

Fate had launched its attacks precisely, without pity,

resisting counter attack after counterattack flung at its advancing columns:

it had been slowed down, that’s all. It ground forward relentlessly, dispassionately,

deliberately: the defences were too disorganised to stop it.

There are no reinforcements, the only option is retreat:

a desperate retreat; as each hard earned conquest was relinquished.

There is no retreat now, there is nowhere to go now.

The defences are exhausted, disheartened.

There is nowhere to go now: Defeat! The final encounter with fate.

In silence the final assault is awaited.

Now, there was only silence, a deafening silence.

The Thinker, the Fighter, the Poet stand huddled.

There is no conversation, the frightened eyes say it all.

The surviving troops lay on the ground immobile: what had happened?

The war had been brutal, frightening, but it had its own sound:

a sound that filled the empty pauses, that gave meaning to the struggle.

Now, there was only silence, a terrifying silence.

Where had all the meaning gone? What had it all been about?

Why had they fought so hard, so fruitlessly? This was worse than the death of dreams,

worse than the scream of unborn pleasures suffocated in their inception;

worse than the demise of schemes born in the heart.

The Thinker, The Fighter and The Poet; a divided Command

We must reason with it, said the Thinker.

No! We must fight it, said the Fighter.

There is no agreement. The argument is not new.

They stand, facing each other, angry, a divided command.

I could have done it, but you all let me down.

To the Fighter: you would not listen,

you attacked without planning,

you sat writing of flowers and trees, gods and battles:

they were of no importance!

Both of you let me down,

while I sought peace and detachment

You fool! The Poet replies; all the knowledge,

all the facts and figures you could construct

would not have saved us. You knew nothing.

All that you believed to have knowledge of was that which I had given you.

The Fighter does not

You are all wrong! The emergence of the Will

It is the Will’s Time to articulate

I was created to lead, coordinate: I am taking over.

I am that quiet voice that lurks on the fringes of your consciousness:

whispering words of warning, admonishing you to take that next faltering step;

That strain of steel resolve hovering just above Reason

and a mite short of Faith.

I dwell in that haunting piece of music that resonates in your ears,

even when you are surrounded in silence,

or overwhelmed by the sheer noise and roar of the world.

I can be found in your favourite book,

that obscure piece of art.

I am found most often in the humblest of surroundings,

in those places where only you can find peace or tranquility,

suspended in the void between fractured words

On the subject of Silence

The silence has a new quality; no less deep, no less threatening:

There is mumbled agreement. What do we do now?

We re-organise, we start again. we salvage our strength, our pride.

Re-asserting the determination to Live

Slowly, they shuffle into line, one by one they call their names: an affirmation.

Smiles begin to cautiously appear; they have not been defeated.

There is a pervasive energy now, a purpose to continue.

In the distance there is a bird call, so piercingly sweet and clear

it is almost painful to listen to it. The bird soared high into the sky,

There is our symbol, our answer, the Will said: it has freedom,

we have even a greater degree of freedom than it does.

Now is the time to grab and exercise it.

It is not a time of jubilation, but of quiet thanks and determination.

Bowed, not broken the troops continue their re-construction

and resolute dedication to live life to the fullest;

Even in the tumult and carnage of battle

we will celebrate our shared humanity!

We will sing our fractured song of praise.

We will shout our lonely “Hallelujah!”

Thirty years have passed, The process is still in motion!

It’s more of a drunken stumble than a walk.

I couldn’t feel, so I learned to talk.

Silence had no content, no form; but Nature abhors a vacuum;

so do I: like its domestic namesake, it sucks.

It is like a Petit mort (a small death). Poised,waiting to fill it

It is a naive, desperate, stubborn (even absurd) act of Will to say “No!”,

to cling to hope – however small and battered it may be –

to embrace, without question or pause, the ragged remnants of of all that is loving;

to exclaim that the true measure of life is the living of it!

In full knowledge that Death is patiently waiting, absolute and incontrovertible.

That is our contradiction, our challenge, our quest,

to embrace the challenge and unpredictability of life, and acknowledge the certainty of Death; to defiantly proclaim. “Not Yet!”. To weather the Foe’s mocking, pregnant pause

– rife with phantasms and terrors yet unborn.

The Will would ask,

“Why do I proclaim such an imperative on hope:

and the reasonable expectation of the inevitability of the return of hope?”

“This is my reply!

the ocean of despair that calls me syrup-sweet and siren-like to oblivion!

To recognise and accept the challenges of adversity is not to give in,

give up or abdicate one’s imperative responsibility in life:

to take steps, actions or the setting of goals,

to validate one’s existence, to celebrate success in whatever form it comes;

have reason to to believe that hope is achievable

and hope that the application of reason is a pathway

to experiencing the re-birth of hope.

Even in the tumult and carnage of battle

we will celebrate our shared humanity!

We will sing our fractured song of praise.

We will shout our lonely “Hallelujah!”

We, the living: unpredictable, inconsistent,

perverse (even) as we may be

in our faltering yet stubborn adherence

to an absurd faith in the power of Love and Life;

we have a final line of defence.

– and do our best to make them happen.

We share, record and transmit those things we value.

we influence, argue; agree and disagree, assimilate and accommodate

information and experiences as we grow individually and collectively

In such a collective consciousness is our power.

as one passes the (sometimes, barely flickering) torch of hope to another.

There will be more battles, more stunned and shocked silence:

more admonishment of the collective components

of “Who” and “What” we are, to hold firm and resolute.

This time, the Will can face the Foe; challenge it;

hold up a battered bridal bouquet, and say,

You might take my body, my vitality: all that I am;

I will be immortal, treasured and sustained

in the loving thoughts and memories of others.

I can face my nemesis, and say:

“The world will be better for this,

that one man scorned and covered with scars,

still strove with his last ounce of courage,

to reach the unreachable stars!”1