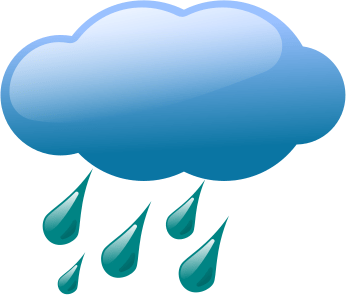 There is something about the rains. The unrelenting, ceaseless, and stubborn droplets engulf us, and sink softly into our depths. Some look forward to the rains with endearing affection and nostalgia. They are the ones who rush out from their artificially cooled and artificially lit homes and office to feel the patter of the first drops of the monsoons wheeling in rows. But there are some who seek refuge beneath the awnings of wayside shops at the faintest drizzle. The dark and pregnant rain clouds scare them for the rains seem to hit them hard. The rains play different strokes on different folks. And thus starts three heart-tugging stories amidst the rains, making the wonderful and the unexpected happen….

Kitcha switched on the radio and lighted the kerosene stove. The evening is going as usual for him like always except a little downpour; it is usual in the

month of July. Kitcha always comes to the corner with his thela(pushing cart), which is open from one side and which has 4 wheels to move, he sells pani puri,masala puri,hot besan pakoras etc. He comes only for 2 hours to the corner situated between a mall in the right side and a cinema hall in the left side and his place is accessible for both the crowds. He was quite a popular guy in that place. The other hawkers sell chats all day long but Kitcha comes for 2 hours and makes more bucks than them. So, the fellow hawkers were jealous of him. But he never cares who thinks what. He invests 400 Rs everyday and makes 800 Rs,a 50-100 Rs more or less someday. He makes 350-400 Rs profit including 30 Rs to the police constable every day. He never minds giving him 30 bucks for this place, it’s really worth it, if he would have asked for  50, Kitcha would have given that too. He stays near Tilaknagar police station with his wife Sinduri and his 3 year old son Ganesh and that corner is very near to his place. So he wakes up late, starts preparing his stuff from 3 o’clock, by 5 he finishes everything and reaches the corner at 6 everyday.
Today, customers are less… because of the rain but it does not bother him much, the only thing he has to do is to extend half an hour to get all his stuff sold out.

2.Of Dreams, Hope and the Rain- by Neha Venkatesh

Muthu looked up at the sky with despair—it was a clear blue canvas with no trace of clouds, and that too, in July, when rain-laden clouds usually crowd the sky. He turned his gaze to the ragged plastic bag in his hand—filled with fifty-odd small zip-locked plastic pouches. Finally, he peeked into his shirt pocket—he had nothing!!

The picture of Radha, his little sister—the apple of his eye—flashed through his mind. With whatever little he earned by selling stuff in the local trains, he treated her like a princess. But now, she would be heartbroken because her “Anna” wouldn’t be able to buy her the doll that he had promised.

Muthu sat down on a bench on the platform and remembered the day when Ustaad had called all of them for the “product launch.” He’d held up small zip-locked plastic pouches: “Arey, abhi naya China ka maal aaya hai… mobile cover. Abhi yeh bechneka.” His idea was met with strong opposition by all but one—Muthu. He could make a lot of money on these pouches—the rainy season was approaching and cell-phones were ubiquitous. And he could buy Radha the doll she’d always wanted!!

Muthu was super-excited!! He had even come up with some brilliant lines to impress and entice the buyers: “Nokia, Sony, ya Motolora, baarish mein sabka raksha karo… first-class water-poof mobile cover… China maal, sirf das rupiya.” He had some trouble with pronunciation, but that was more than compensated for by his enthusiasm!!!

And now, the rain-Gods were betraying him. The skies had been clear for days, and he had not sold a single unit. Ustaad was behind his life for money; but more importantly, the doll that Radha had dreamt of for so long would remain a distant dream. How could he fail his little princess like that?

He looked up at the sky again. It had turned dark gray!! As he held out his palm, surprised, the first few drops of rain fell onto it and lit up his face with the most enchanting smile ever. God was listening!! He looked at the local train approaching the platform, stood up, adjusted his slightly loose pants, and ran. As he got in, his heart was brimming with enthusiasm and hope; with a twinkle in his eye and a dimple on his cheek, he smiled and shouted, “Nokia, Sony, ya Motolora…”

3. Blood and Rain- by Ashwin Pillai

The trouble with incessant rain is that it fogs up your vision. With an effective suppressor and a fantastic grip, the Bennington 460e was the best sniper rifle in the black market. Even so, technology had to bow down to the erratic temperament of Mother Nature as I struggled to get a clear shot.

A hundred yard shot was a piece of cake. The roof of the Parson’s hotel gave a much better view of the building across the road. All I needed was one clear vision of the General. The General was due anytime now. But I had to get the vision clear, right on the crosshair. I did not care who wanted him dead and why. All that mattered to me was the cash that would be deposited to my Swiss account as soon as I put a .22 slug through the grey matter of some nondescript being.

The rain had no intention of stopping and I lay silently in the dark recess of the roof of Parson’s Hotel waiting for my prey. The cold winds added to my woes and I only hoped that I would have time before the guy opened his umbrella as soon as he got out of his vehicle.

A dark blue sedan pulled in on the curb. That was the car as per the information provided. I steadied my grip on the rifle and took in all I could see through the visor. Time slowed down as I readied myself. The door opened and a guard stepped out. He glanced around for a second or two and beckoned the General out. The ever conspiring rain now increased its intensity.

Finally the balding head of a corpulent middle aged man showed up on my visor. I didn’t inhale, couldn’t afford that movement. And as the rain hit me with a savage force, there was a clap of thunder. I didn’t know whether the gunshot corresponded with the sound of nature’s fury, for I was blinded at that moment. All I could see was red rain pouring through my eyes. The skies seemed even darker and I slumped onto my back. A man in a sinister trench coat had a gun pointed at me and its barrel billowed with fine misty smoke. Somewhere through his dark countenance, a badge reflected the moonlight onto my blinded eyes.

Snippets of the memories that we made in Monsoons