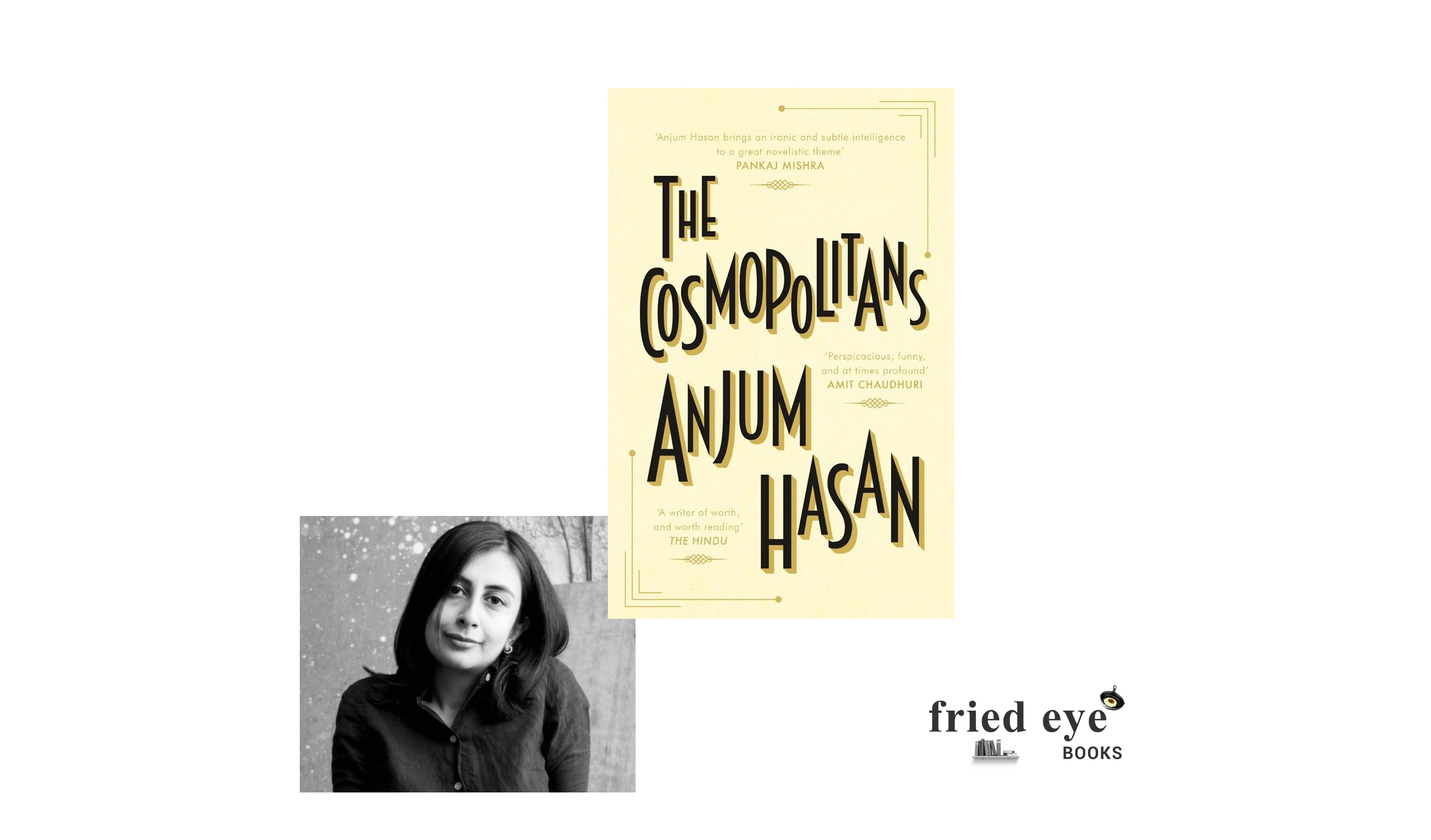 The Cosmopolitans redefines Anjum Hasan as a writer

It’s always a pleasure to read Anjum Hasan as she always brings a fresh perspective into any topic thus enriching our knowledge. From the very beginning, you feel that Anjum Hasan has transformed herself completely in The Cosmopoitans. While her first two novels showcased her talent as a writer, this novel showcases her skill as a writer. A skill that she has nurtured over time with care and practiced to perfection. Coming to the story, it is about Qayenaat who is an art critic in Bangalore. The story starts with Qayenaat visiting an art exhibition of a friend Baban Reddy who was once her friend but now an artist who made it big internationally. Just as you feel that it is another love story of a thirty something woman, Anjum Hasan reveals through Qayenaat’s ex Sathi that she is a 53 year old woman. This point changes the way you see the book as something of a brave attempt trying to tempt fate. She enters into a dangerous plot which if not handled properly, might lead to serious disasters and this is where she shows her maturity.

After conquering the art scene in New York and other places in the world, Baban Reddy comes to Bangalore with his colossal art installation titled Nostalgia. “Nostalgia was big. Grainy black and white news played on a gigantic vintage TV set … The news on the TV, focussing on the indistinct face of the newscaster as she mouthed statistics about death in the jungles and government scams, was familiar… Wherever in the world Nostalgia went, the news on its TV screen would always be the previous day’s… reminding us…that ‘we are victims of today, hostage to tomorrow, and nostalgic for yesterday.”

Anjum Hasan uses the metaphor of Nostalgia to set the reader as what they should expect in the book. Anjum Hasan does a good job in not only telling her story in Book One of the book but also enriching the reader with the knowledge of art providing different perspectives of art through different characters in her story. Misunderstandings lead Qayenaat in committing a crime of destroying a piece of art and unknowingly the death of a major art critic in Bangalore art scene who was present in the auditorium where it was displayed. Not being able to bear the guilt of two murders, she flees to an obscure town Simhal in Rajasthan to learn about a dance form which the locals claim to be classical and the bureaucrats term it as folk dance. Simhal is small town where a war is going between the rebel tribal groups who took arms and the Govt. Book Two deals with her journey and adventures in the book. Being in a war zone, Qayenaat is unsure about whom to trust and ends up in an affair with the King. After a series of events, she finds herself back in Bangalore and realising that art is just the manifestation of the society.

Anjum Hasan presents us a novel with a brilliant concept in the shape of Nostalgia where we lead a pretentious lifestyle believing to understand life whereas we see only the “tip of the icecream” as Sathi puts it, where an artist is a conman and a conman is an artist,and people holding on to their beliefs firmly and whether it is relevant in today’s society doesn’t matter. The reader at the end of the novel, keeps wondering about what is being said in between the lines. It is a must read novel for everyone and it might open the knots in your mind about the old India trying to cope with the fast changing India. Anjum Hasan has proved once again that she belongs to the endangered species on Indian English literature writing producing quality works.

Advice to lovers of poetry