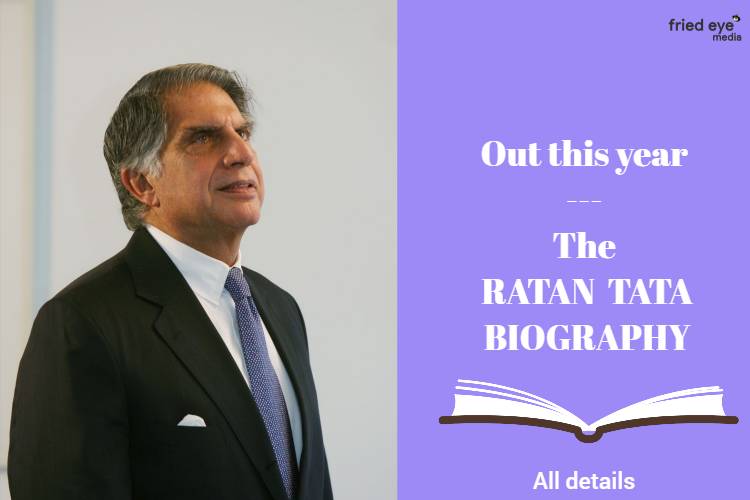 In works since 2018, the first authorized biography on the iconic business leader will be published by HarperCollins Publishers and authored by DR Thomas Mathew

Honoured with Padma Vishushan in 2008, Ratan Tata is arguably one of the most influential and inspiring business leaders in the world today. And that makes his story an absolute winner. No wonder HarperCollins seems elated at having acquired the rights to publish this book. “It’s a matter of great personal pride and privilege for me to be associated with this remarkable biography, and to be able to bring this definitive and inspiring story to readers. This is quite simply the most important biography to be published in independent India,” says Udayan Mitra, Executive Publisher, HarperCollins India.

The book will be hitting the marketing weeks before Tata’s 85th birthday which falls on December 28. Titled Ratan N. Tata: The Authorized Biography, it is scheduled to be published in English and the principal Indian languages. The book will detail Tata’s struggles, his story of overcoming travails, and how he often kept compassion over business compulsions. The narrative is expected to also encapsulate the growth of India’s ambitions and the rise of its clout.

Ratan Tata joined the Tata conglomerate in 1961 when he started working on the shop floor of Tata Steel. He was appointed Chairman of Tata Group and Tata Sons in 1991. It was under his leadership that the Tata conglomerate turned into a global colossus, and acquired brands like Tetley Tea, Jaguar Land Rover, and Corus Steel. As of 2021, the group has a market capitalization of over $250 billion and employs over 750,000 people across 100 countries. 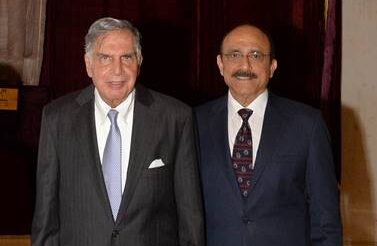 As a writer, Dr. Mathew is expected to provide details of unknown stories from Tata’s formative years and from his years in the business, including business strategies, leadership vision, and personal integrity. He will also be interviewing a number of people – from former US Secretary of State Henry Kissinger to Karuna, the janitor at GT Hospital, Mumbai – for inputs and accounts of Tata’s importance and contributions. “As part of the research, I benefitted from unprecedented access to the records of the conglomerate, the trusts that control it as well as Mr. Tata’s personal documents, letters, and journals. I also enjoyed virtually unfettered access to Mr. Tata himself, who narrated his life story in a tell-all fashion. The research also took me across continents following Ratan Tata’s journey, interviewing those who were involved in it, those who influenced him, and those whose lives he had touched,” explains Dr. Mathew, a retired career bureaucrat belonging to the 1983 batch of the Indian Administrative Service. Dr. Mathew has in the past written books like In Search of Congruence: India-US Relations under the Obama Administration (edited and contributed to its lead chapter), The Winged Wonders of Rashtrapati Bhavan, and Abode Under the Dome.

Some more books on Ratan Tata