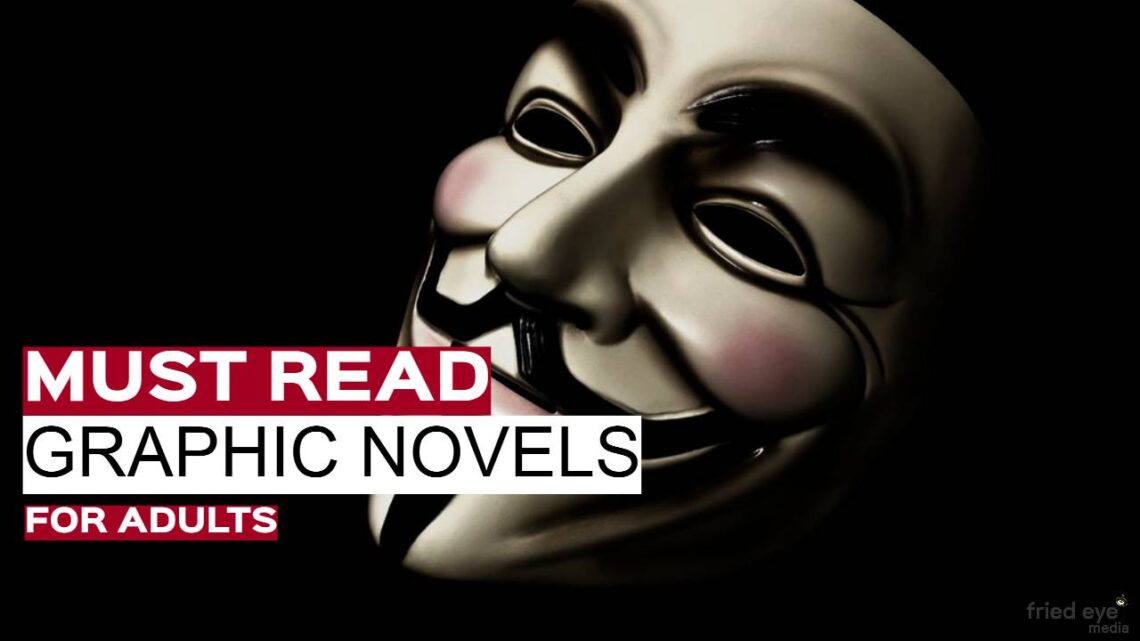 Must read graphic novels for adults

Here we explore some great the best graphic novels that you could try out. These books are usually full of rich stories, artwork, and characters.

The Walking Dead was created by writer Robert Kirkman and artist Tony Moore. The series follows Rick Grimes. The Walking Dead has been praised by critics for its art, characterization, and use of suspense. It has also received criticism for its slow pace and limited plot development. It’s one of the best-selling comics in history, having sold over 144 million copies worldwide as well as spawning a hit TV show starring Andrew Lincoln (Rick Grimes).

Hellboy
Hellboy is a comic book series about an American demon who works for the Bureau for Paranormal Research and Defense. It was created by Mike Mignola. The comic was published by Dark Horse Comics for ten years, from 1994 to 2004. Hellboy is a demon who was summoned from Hell to Earth as an infant and has since become an agent fighting against supernatural threats. The comics were adapted into two live-action films in 2004 and 2008, starring Ron Perlman in the title role, as well as two animated television series, “Hellboy Animated” (2008) and “Hellboy: Sword of Storms” (2008).

Black Science is a science-fiction comic book series about Grant McKay, who has been thrust into a parallel dimension where he must locate and activate an interdimensional device to save his own universe from imminent destruction. He creates interdimensional portals with his invention called The Pillar but he soon realizes that he can’t control it anymore. Black Science was created by Rick Remender and Matteo Scalera and debuted in 2012 as part of the Image Comics’ “Next Big Thing” promotion.

The Sadman tells the story of Dream (aka Morpheus), who rules over the world of dreams. It was created by Neil Gaiman, a British author who also created novels like Stardust, American Gods, and Coraline. The Sandman is considered one of the most important works in the medium. Gaiman created this series in 1988 with artist Dave McKean

The Sin City Series is a graphic novel series written by Frank Miller. It was originally published in 1991. This series has become famous for its black and white artwork, its dark subject matter, and the unique color-coded aspects of each story that are reflected in both the stories’ titles and their corresponding trade dress. The comics are also well known for their nonlinear storylines, with some stories spanning multiple issues while others have self-contained plots that span only one issue.

Superman: Red Son is a 2003 Elseworlds comic book written by Mark Millar and illustrated by Dave Johnson, published by DC Comics. It re-imagines the origin of Superman and the history of the Soviet Union. The story begins with Superman’s rocket ship landing in a Ukrainian collective farm, rather than Kansas, and he becomes “a new kind of Soviet hero”.

Watchmen is set in an alternate version of America, where superheroes are part of the fabric of everyday society. The story focuses on the personal development and struggles of a group of people who were born with superhuman abilities, known as “mutants,” and how their actions drastically affect the world around them.

The series follows the story of a group of people who are trying to get away from their past crimes. They are being hunted down by law enforcement agencies for their deeds. Their only hope is to get away from this country, but they know that’s not going to be easy with the law on their tail. It was created by Christopher Sebela and Ibrahim Moustafa.

Batman: The Killing Joke is a graphic novel written by Alan Moore and illustrated by Brian Bolland. The story follows Batman as he tries to stop the Joker from terrorizing Gotham City.

It was published in 1988, a time when comics were starting to get darker. It’s considered one of the best stories in comics and has had a large impact on both comic book culture and on Batman’s character.

Fables series is a comic book series about fairy tale characters that were forced out of their homelands by an evil, power-hungry king and now lives in exile in our world.

This comic book is published by Vertigo, a DC Comics imprint that publishes graphic novels and comic books. The Fables series was created by Bill Willingham with illustrations from Mark Buckingham.

Preacher is a supernatural, thriller comic book series created by Garth Ennis and Steve Dillon. It’s published under the DC Vertigo imprint. This comic book series has been adapted into a TV show which premiered on May 22, 2017. The show is produced by Seth Rogen and Evan Goldberg.

Alan Moore and David Lloyd, two British book writers, came up with the idea of V for Vendetta. It was first published in 1982 and it has been adapted into movies, TV series, video games, stage productions, and even a graphic novel.

Moore and Lloyd wanted to create a story about a dystopian future where people have lost their sense of humanity. They also wanted to make a comment on the political climate of Thatcher’s Britain at the time.

The Dark Knight Returns is a 1986 four-part Batman comic book series written by Frank Miller. The story follows Bruce Wayne, who at 55 years old returns to fight crime in Gotham City after a decade of retirement. The Dark Knight Returns is an example of how the superhero genre is used to explore political and social themes. It was one of the best-selling comics of all time and set the standard for future Batman stories in both comics and other media.

Koike and Kojima collaborated on Lone Wolf and Cub, a manga series that tells the story of Ogami Itto, a ronin warrior who is out for revenge. The story focuses on the life of Ogami Itto and his son Daigoro as they wander through the Japan of the late Edo period.

The manga was adapted into an anime television series in 1972. The series was directed by Kenji Misumi, written by Kazuo Koike, and animated by Toei Animation.

Transmetropolitan is an award-winning cyberpunk/sci-fi comic written by Warren Ellis. The comic is about a renegade journalist, Spider Jerusalem, and his mission to bring down the corrupt administration of President Callahan.

Spider Jerusalem is a cynical, hard-drinking, chain-smoking writer who publishes a newspaper called “The Word” in the year 2058. Spider has a tendency to use strong language and these idiosyncrasies have made him the target of censure by many of the political and religious leaders in his city.

Books to buy for your toddler