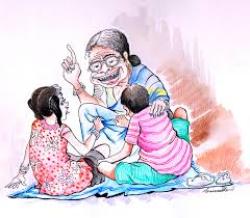 Children Literature in English from Northeast

One of the best things children can be introduced to at young, impressionable ages is the habit of reading books and the world of literature. Good books, that too books that would help shape their thoughts, culture and attitudes in a manner that will help them in the long run. Getting to know about their own place, own region and cultural history becomes an important part of their days of growing up. Available literature here can and should play an important role.

India’s North East is a region rich in culture, diversity and traditions. It has grand stories to tell from its history and from its wide diversity, not only for the children belonging to the North East but also for children all over the world. There is no doubt abundant children’s literature in the North East available in regional languages. But how much can be said the same of literature in English, which can be accessed by children all over the region, the country or worldwide?

To name a few such writers from the North East, who have written for children in English, we find the following names:

Arup Kumar Dutta- Also popularly known as India’s own Enid Blyton, Arup Kumar Dutta has written 15 novels and several short stories for young children which have been internationally acclaimed. The Kaziranga Trail, The Blind Witness and Adventure Stories are some of his best known works for children.

Mitra Phukan– She is best known as the author of The Collector’s Wife, which was the first novel in English to be published by a North Eastern writer, and as a regular columnist at The Assam Tribune. Her book Mamani’s Adventures (1986) won her the UNICEF-CBT award for children’s writing.

Mamang Dai– A journalist and former civil servant based in Itanagar, Mamang Dai has written extensively about the culture and history of Arunachal Pradesh. She has written two children’s books- Once Upon a Moontime and The Sky Queen.

Tara Goswami– Tara Goswami, an independant artist from India now based in Barcelona, wrote her debut book The Bogoli Phut Days: Pitki’s Adventures in Assam as part of her dissertation project and once it got published, it became quite popular because of its unique story telling design. This book narrates her childhood days spent in Assam. This book is a delightful introduction to Assam, its culture, geography and folklore. 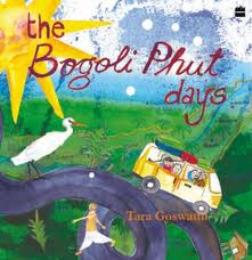 Translated works
Though the number of original works in Children’s literature in English by North East writers is quite less, a considerable amount of efforts are being made to translate some of the most popular children’s literature of the region from local languages to English. The translation of Lakshminath Bezbaruah’s evergreen Burhi Aair Xadhu (Grandma’s Tales), a collection of tales that has been delighting both the young and the old alike for 100 years now, into English by Deepika Phukan was one such initiative. 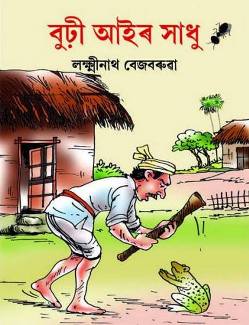 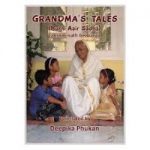 In 2011, the Indira Gandhi National Centre for the Arts (IGNCA), New Delhi, in association with Anwesha, an NGO working to popularise children’s literature, undertook a project to translate children books of six languages of the Northeast. Five popular children’s books, reflecting the life and culture of the region, were selected from each of six languages — Assamese, Bodo, Manipuri, Khasi, Garo and Mizo. All the five books of a language were translated into the other five languages. Thus 180 books were published altogether under the project.

We are sure we missed quite a few number of names and there are quite a few who are working in the field of children literature. Children literature is a specialized job and some people have excelled in it and loved by generations of children alike. We salute all those who are working in this field tirelessly and with only one expected return, that is love.

Static at the threshold: Review of Mitra Phukan’s ‘A Monsoon of Music’