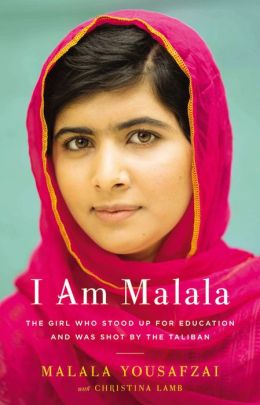 Book Review: I am Malala

These  lines are not just mere comments but demonstrates determination of a fifteen year old girl who like any other day was going home from school when she was shot point blank by Taliban. This was the most ruthless way of punishing a girl whose only crime was to break the ceiling of ignorance and spread the light of education.

As a voracious reader I always have the temptation to read the best of literary work. Lately strolling through book stores turned out to be a disappointment as there seemed nothing to satisfy my reading interest. Thanks to the social media sites , I happened to visit the Malala page and after reading the summary I got inquisitive to know about this prospective Nobel Peace candidate.

“I am Malala” is the story of a young Pushton girl and her father’s rigorous effort for education in the tensed Swat Valley-Pakistan. Life in the valley was not free from atrocities committed by the Taliban, hard line Jihadis, terrorized villages and poverty .The atrocities committed by the Jihadis including their strong resistance for education for girls and invariable threats that she and her father Ziauddin Yousafzai received never mounted on them. Like any other girl she loved the company of her family and friends, loved Twilight movies and Justin Bieber songs. Had her own set of little insecurities and a brilliant student at school. Malala’s pillar of strength was her father, he was her mentor, guide and encouraged her to fight for the cause.  The book also highlights Ziauddin Yousafzai struggle to set up his school which he happily named “The Kushal School”. Malala contributed by talking both at national and international forum for the cause. October 9, 2012 was a life shattering event that changed her life forever. Just like normal day while coming back from school she was shot point blank by the Taliban.

She was transported to England and after numerous surgeries and prayers that poured from all over the world saved her life. Today she lives in banishment in  Birmingham and freely goes to school, but her beautiful valley is still close to her heart and dreams to go back home.

A must read not only for the vivid drama but for the strong message for the untapped power of girls and their right to education. The sequence of events written in the book goes perfectly with the political facts described. What was unique about Malala was the way she responded to the changes in the valley that came with the Talibanisation of her Pushtun tribe. Her inexhaustible energy, dauntless sel-confidence can be felt throughout the book.

Wholesome yet lighter ” The Music on the Hill”