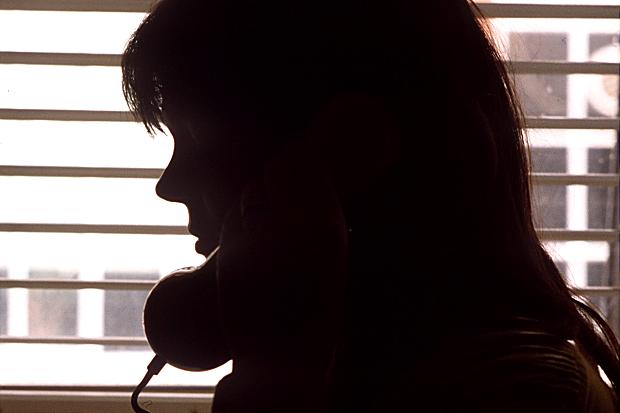 Out of the Blue

Anup called today after a long gap today. I don’t even remember how long it has been since we talked last.

Our hellos barely over, the first thing I said to myself was, “He wants to talk for a long time today.” The sentence came suddenly. It was triggered by nothing whatsoever, as always.

I don’t know where they come from- these categorical sentences. They are complete, monolithic and neatly packaged. One cannot argue with them. They are just THERE, out of the blue. They drop into the limpid pool of my inner being like smooth pebbles. A languid endlessness of ripples spreads silently within me, lapping softly at my rocky shores.

I neither welcome them nor reject them, these unbidden sentences. I have learned to live with them if not in peaceful co-existence then at least in a state of truce. The first time I heard the phrase parallel universe I knew exactly what it meant. I’d had my personal parallel universe for ages without knowing it to be one.

These sentences irk me in the manner of a grain of sand in the shoe. They break down my carefully erected structures. They tear into my neat pigeon holes with impunity and throw everything helter-skelter. Then I have to spend weeks and months restoring my inner world around the gaping hole of the tear. I’ve given up trying to darn such tears into invisibility. It has never worked. Then I tried repairing it in a way that hides the worst of the tear. That didn’t work either.

There are no smooth walls left within me anymore. If I ever gave you a tour inside you’ll see mismatched bricks and stones, crooked rises and unlikely colors thrown together. There is no order in me; there is no predictability. This lack of symmetry, homogeneity and structure bothers me- a lot.

But that doesn’t mean I am not irked. I am. I want no doubts about that. The annoyance lives just under my skin. I can neither ignore it nor live with it.

We got into talking, Anup and I. As always, it was as if we’d talked yesterday. I don’t know why it has been that way with us. We might not talk for a year, but the day we do, the time gap doesn’t exist. As is also usual, we don’t get into the update mode in the beginning. It happens much later, if at all, and then only as a side- issue, to be mentioned in the passing or to serve as a prop for the story on the cover page.

We’d talk about whatever it was that triggered the call. From there we’d go meandering all over the universe, one thing leading to another with a smooth flow of words. There have been times when in the space of ten minutes we’ve gone from physics to math then swung to spirituality via astrology with a minor foray into parenting after stopping briefly at ancient history of the world.

Today we began talking of rain. With monsoon just round the corner, we were both behaving like giddy school kids on the verge of the two month summer holidays. The glee in our voice would have been obvious to anyone. Monsoon is very personal to both of us. It’s a very us thing, if you know what I mean.

Barely five minutes into the conversation, there was a lull. He said, “You aren’t lonely anymore.”

Out of the blue, for no reason at all.

He just let loose a complete monolithic statement- unalterable by entreaty or tears. He too has the disease of generating categorical sentences out of nowhere. That’s another of those us things. We know we do this unexplainable thing; just like we know loneliness.

Our proclivity towards spontaneously compiling categorical statements is as completely accepted between us as our love for rain and our respective loneliness. When they come, these statements, we know better than to argue. We hate these statements with equal fervor. They rip off our pretence at normalcy. They break down our inner structure and throw things in terrible disarray. There was no arguing against them, however.

We’re both lonely. We have our personal brands; he has his and I have mine. Neither of us is the answer to the other’s loneliness. In a way, it makes us comfortable. There is never any fear of hidden agendas jumping out at you and hijacking your friendship. There are no wily expectations lying in ambush when you are off into a rollicking conversation. It is a major relief.

It leaves us both free to talk about our respective ire with a universe which would not pull strings and give us the solace of repletion and fulfilment. The weird thing is, even though we were at liberty to expound at length on our shared sorrow, we never did so. We knew we could and that was solace enough. But we acknowledged the loneliness, without saying it so many words, or making a song and dance about it.

Thus it was that today Anup said to me, “You are not lonely anymore.” His voice betrayed neither happiness nor sadness nor indeed a sense of betrayal. He is a devious one, is Anup. When need be, he can maintain the passivity of a stuffed frog. His craftiness is wasted on me, of course. But he doesn’t desist from his droll subterfuges, imagining me flummoxed. Ha.

“What do you mean?!” I demanded, miffed.

“Don’t be daft. You know what I mean. You aren’t lonely anymore.”

“How on earth can you say that? And don’t use the little birdie stunt on me or I’ll scream and fracture your eardrum.”

“I don’t need a little birdie stunt you little pest! I said it because I know, okay?”

“Tell me why you aren’t lonely anymore, nitwit!”

“Oh that?” I asked grinning with glee.

“In your dreams! Sure you want me to tell you?”

“Do you want me to courier you a few sticks of RDX?” He had a nasty side to him, did Anup.

“The thing is, I know you. You ask me to explain something and when I do, you call me pompous and scoff at me.” It felt good, this dig. I hadn’t forgotten the last time this lad had spread himself out on one of my similar explanations. Never mind what he said. Suffice to say that he was far from complimentary. This time I would nip the disease in the bud. I wasn’t about to be the butt of his wretched jokes for the next six months.

Kill the monster when it is little, basic survival technique- ask anybody.