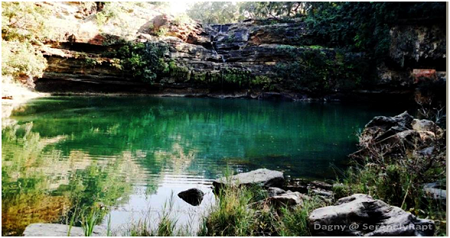 Are you sure you want to get married?

Of course I am sure Nayan! You know Parag and I love each other as much as you and Nikhil love each other! What’s wrong? Why are you asking me such a question?

Oh, I know you and Parag love each other Vidushi, but is love enough?

What’s wrong Nayan? Aren’t you happy with Nikhil? Don’t you guys love each other anymore?

I love Nikhil as much as I ever did, and so does he. It’s just that…

Just what Nayan? If you love each other, what else can be wrong?

Nayan! What are you saying?! Is something wrong between you and Nikhil?!

I want you to be careful before you jump into marriage. That’s all.

That’s ALL..! You are the one who used to be so excited about marriage. To you, marriage naturally followed love. So what happened now? Has Nikhil done something?

Nooo! Nikhil is as sweet as ever. It’s just that I think women should be really, really sure before they decide to marry.

Why women particularly? It isn’t all a picnic for a man either!

I didn’t mean to suggest that it was all a picnic for a man. I am sure men too have things to adjust to, their freedom to lose; their habits to change. All these, women too have to deal with. We too lose our freedom and must acquire a whole new bunch of routines.

Then what did you mean? Will you come out with it already?!

Ohhhh! You mean things are more difficult for women because they have an entire family’s expectations to deal with along with their husband’s?

In a way, yes. See, it’s like this. My mother loved ice- creams and my dad didn’t. In the beginning, she tried to get him to develop a taste for it, but he never did. Yet, he would buy ice- creams for her when she craved them. They could do that because they lived alone together. What if they lived with the rest of my dad’s family and none of them liked ice- creams? How many times do you think my mom would have got to eat ice- creams then?

I think I am getting what you mean. You mean, it is difficult enough to find common ground with one person but to adjust with the choices of the whole family, is pretty tough.

Yes! Finding common ground with Nikhil wasn’t difficult for me. I love him and he loves me. We could have argued and asserted, given in and conceded back and forth until we found the place that worked best for the two of us.But Nikhil is not all I have to deal with. I have an all- but- absent retired FIL, a less than communicative BIL and a MIL who is an aggressive, mercurial control- freak! When I tell you that in the fourteen months of my marriage I have not read a single book, when you know how crazy I am about reading, you will have an idea about what I mean.

Before I got married, I thought I was marrying just Nikhil. A man I had ‘studied’ for two years, with whom I was willing and eager to make a life- and eventually a family. I knew we’d fight sometimes because both of us are hot- tempered. I knew there will be sacrifices made by both of us but for the sake of a common future, we were both happy to do whatever it took. I had hopes and dreams like any other girl. I looked forward to us growing into each other, loving each other more and more every day.

After marriage, I found that it isn’t a man I married but his family. In most marriages, you marry the man and the family is an add-on. In my marriage, I married the family- specially my MIL- and Nikhil is an incidental and dispensable add-on.

I remember Sonal very well. I also remember how there came a time when she was forbidden to talk to any of her friends. Poor girl!

Yes. If people told girls that they will become housekeepers first and wives later- if at all- I doubt if many girls would consent to marriage!

That’s like telling a man that his sole pleasure after marriage will be to work himself to the bone to provide for his wife and her family. He would get neither companionship, nor love (what the hell was that?!) from his wife. He would soon see that she only married him because she needed someone to make money for her and her family. In return for his efforts, she will keep him adequately clothed and fed and he must never complain.

Meanwhile, her father will keep picking holes in him for being such an inadequate breadwinner, constantly telling his daughter- in his presence- that she should have married someone who earned more. Her mother would purse her lips at him disgustedly and shake her head. Her brother would demand new, expensive gizmos every day and storm out of the house cursing because the poor man could not meet the demand, making the whole family break into fresh laments!

How many men do you think will be eager to get married if they knew this is what awaited them after marriage?

Is this how it is with you?

Yes Vidu, this was my life in a nutshell. I am not saying it is this way for everyone. Maybe it won’t be like this for you. But with minor variations in the main theme, this is how married life is for Indian girls if they life with their in- laws. In my case, things are made worse because of my MIL.

In addition to the societal dogma I had to deal with, I also had to deal with her desire to control everything around her. You have no idea how obsessively she wants to be the center of everyone’s attention. She can’t bear it if someone else gets any importance. She will go so far as to lie to people to make herself out to be a martyr and a victim of her family’s lack of regard for her well- being and happiness.

Nikhil and my BIL like some of the dishes I make but they have to be careful not to praise me in front of her or she will get furious and start picking holes in me for days on end. Every one gets fed up with her non- stop criticism. Sometimes I think she nourishes a deep and pathological hatred for me.

This is bad Nayan! Why didn’t you ever tell me?

To tell you the truth Vidu, initially it wasn’t so bad. Nikhil and I travelled a bit. Then Nikhil went to Europe for three months and I went to my parents for that duration. By the time I returned, I had been married for six months. That’s when my MIL began to ‘mould’ me into the family. The last six months have been hell for me.

When she talked about me to others, my MIL was very fond of saying, “Arre, ghar ka kaam to ise kuchh nahi aata. Sab mujhe hi dekhna padta hai.” (Oh, she doesn’t know how to do any housework. I have to see to everything.)

So what did you do?

It took me a few months to figure out what the scenario was. Of course, the solution would have been to demand of Nikhil that we live separately from his parents. But I knew that wasn’t a long- term solution. My BIL plans to leave the city as soon as he gets a job. That would leave my parent- in- law all alone in their old age. I couldn’t bear the thought of that. Then I read this quote:

We must teach our girls that if they speak their mind, they can create the world they want to see.  ~Robyn Silverman

Nikhil and I decided that we needed to be vocal about our expectations from the marriage- with a special focus on MY wishes. Initially, my MIL would go berserk. She’d call me names, rave and rant. Soon she saw that we weren’t moved by her tantrums. Then her anger knew no bounds. We had a pretty tough few months to endure. Her ire was specially directed towards me. Thankfully, Nikhil and I stood firm.

I made it very clear that I got married for the love and companionship of my man. I had the right to expect joy and contentment in my life with him. I look forward to creating a family with Nikhil and for that she needed to back off with her demands on my time. I had to spell it out that if my relationship with Nikhil was not allowed to be my sole priority, I’ll be damned if I’ll cook a single meal or do a single load of laundry for anyone!

I am not yet out of the woods, but I am getting there. I dare to hope that someday my MIL would think well of me and see that my current behavior isn’t to hurt her but to stop her from hurting her son and his wife.

Your words remind me of the modern version of the frog prince fairy tale. This is how it goes:

Once upon a time in a land far away, a beautiful, independent, self-assured princess happened upon a frog as she sat contemplating ecological issues on the shores of an unpolluted pond in a verdant meadow near her castle. She had no other worries as she had already persuaded her loving and indulgent father to divorce her evil step- mother.

The frog hopped into the Princess’ lap and said: “Elegant Lady, I was once a handsome Prince, until an evil sorceress cast a spell upon me.”

“One kiss from you, however, and I will turn back into the dapper young Prince that I am. Then, my Sweet, we can marry and set up housekeeping in your castle with my Mother, where you can prepare my meals, clean my clothes, bear my children, and forever feel grateful and happy in doing so.”

That night, while dining on lightly sauteed frog legs seasoned in a white wine and onion cream sauce, she chuckled to herself and thought:

So my dear Nayan, NOT BLOODY LIKELY!