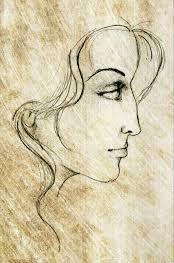 Because you are a woman

I am often surprised, if not dismayed, when I read those angry articles on women, and especially when it’s penned down by a woman.

A few days back I read a piece of article written by a renowned author quoting that the modern woman instead of seeking to be a man should regain her femininity.

Whenever it’s mentioned what a man or woman “should” do or be like, it disappoints me. Who decides who should behave like whom? Are these the rules written in ancient scriptures, which were written by no one else but men or women like us who happened to belong to a different era? Are these the rules mentioned by kings and queens who no longer reign? Or are these rules conveyed by the Almighty himself/herself whose existence is somehow dubious for some, if not all, of the people?

It must be amusing to look at the world through the tinted glasses one wears; and then whenever a color seems too bright or too pale, to quote it as a misfit.

Where lays the liberty of just being human? Is it really that impossible to breathe in air without judging one’s ways of life?

And then maybe it’s amusing to typecast someone into that one adjective you form in your head about him/her. It seems amusing to simply claim that a woman is “not feminine enough” when she does something that is not quite expected from her. And again she would be “too girlish” if she is obeying all the rules that a woman should obey according to some people. May be men feel the same way about being judged or typecasted.

“You seem to be a tomboy,” said a woman after I spent only around fifteen minutes conversing with her, a conversation in which I asked questions about her instead of talking about myself. She must have felt good to be able to judge a person in fifteen minutes.

“I am sure I am more than just that,” I replied.

It would be wrong to say I was hurt. When someone, who till that point of time was your source of inspiration to reach great heights in your life, calls you an adjective that you do not think defines you, it’s shattering. I had questions in my mind, I wanted to ask why she called me that.

You like the word “tomboy” only when you are ten years old, reading novels for children. When you’re twenty two, you know these words do not define who you really are. In every situation one behaves differently; so how can one person be limited to just one adjective no matter what that adjective is. And not just the word “tomboy”, I often not feel like calling someone simply “good” or “bad” or “girlish” or any adjective. There has to be some explanations. One has to be good in something while in another thing he/she can be bad, ugly, better or even good.

“Why did she call me a tomboy?” I asked one of my friends that evening.

“If you’re a tomboy, it means you’re unladylike.” He replied.

So if the word “tomboy” wasn’t enough, I was called “unladylike”. Not that I wanted to be ladylike but I did not want to be a tomboy either. A tomboy is a girl who behaves in a boyish manner. Why would I want to behave in a boyish manner? I would just behave like myself, right?

And this takes me back to where this post began: the author quoting that a woman should not seek to be equal with man and be feminine instead.

I am sure I will be a great disappointment to these words of hers. I do not seek to be equal with man. But I do not want my being a woman, be a limitation when I really want to do something. And here comes the misconception regarding feminism or the equality of men and women. People often think of the liberty of smoking, drinking and having sex, when it comes to the word feminism. And then they think a feminist doesn’t want to get married or bear kids.

In my opinion, feminism is not a race against men. It is more of accepting who you are. And it is what the motive of this article is, not judging people and not letting such judgments affect you or limit you.

It is not listening to pleas or orders that begin with “because you’re a woman you should…”.