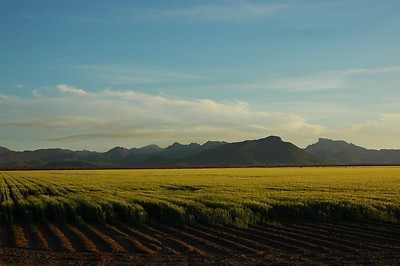 Before the population boom took its toll, my granny’s place in the quiet countryside of Gauripur, in southern Assam, was as close to paradise as can possibly be. To me, the annual visit there was almost like a pilgrimage. The quite countryside with the green paddy fields that stretched to horizon offered me a welcome change from the constant bombardment of the air horns, the loud traffic, shrieking airplanes overhead, loudspeakers, slogan shouting political rallies and what have you.

My granny’s was one place where I could try to live my childhood fantasies. It was one month of unadulterated fun. Back then, life for a school kid was much easier. They did not burden us with so much unnecessary homework. I invariably became extra studious and within a week, homework was over and after that the books gathered dust for a month. My father had a terrible temper but surprisingly he never bothered me for studies for this one month. No wonder I always remained an average student.

Playing Tarzan was one of my favorite pastime but my wild cries didn’t attract any of Tarzan’s chimps. Instead, I was greeted with the choicest of abuse from my old granny who was desperately trying to catch forty winks. Since the huge mango trees did not have any long veins, my cousin Asif and I tied some stout ropes, borrowed from the mahout who tended our elephants, on the branches and tried swinging from one tree to another. But it wasn’t always that we completed the swing and the ground below seemed extra hard then. 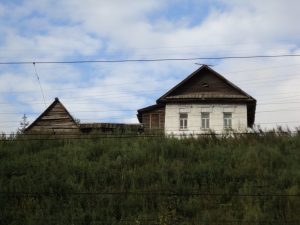 Near to granny’s cottage was a small hillock with a huge, ancient mansion on top that has seen better times. The mansion belonged to Parikrit Baruah, a zamindar and the best elephant hunter and trainer in the whole of Asia. He loved animals and his mansion was a veritable zoo. There were elephants, both domesticated and the recently captured wild ones under orientation, horses, dogs, peacocks, birds, reptiles, deer and even porcupines. In his study, he had boxes with glass tops that were full of preserved butterflies. Amazingly beautiful butterflies that I never saw anywhere else and there were eggs of a variety of colours.

When I was very young, my mother took me along for a visit to the zamindar’s house and he had given me a ride in his white horse. I imagined myself riding the white stallion as Phantom rides Hero. But the dogs seemed a little too ferocious. Well, no problem, I thought. Sometimes Phamtom rides without Devil.

Behind the mansion there was a large marshy area. It still exists but has shrunk in size with houses all around. My holidays coincided with early monsoon and this was the time when the marsh attracted a huge number of exotic birds. Cranes, wild ducks, kingfishers and others whose name I never could find out.

Ever since I was a kid, my mother and an uncle had read me stories of Jim Corbett and his astounding exploits with his gun in the Indian jungles. And everytime that I heard or read these stories, my imagination ran wild. I wanted to hunt too (not tigers, fowls were more my choice) like him. The woods near my granny’s were not half as thick as those where Corbett hunted, but to a city-bred kid like me, used to the concrete jungles, the woods were as thick as those of Africa.

There were always a few guns in the house although I was allowed to fire under the watchful eyes of our Man Friday, I always yearned to handle a gun on my own. I could hardly contain my excitement when I finally lay my hand on my grandfather’s Winchester rifle. It’s an old .22 rifle pump action rifle and it felt good in my hands. Old it might have been (1889) but it was really effective and was a dead shot. 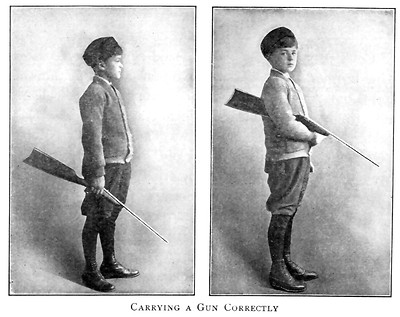 Five more boys joined me for an impromptu hunt. Four of them were armed with Diana air rifles while the fifth one had a catapult. Ironically the boy with the catapult was the best shot and he gave us a demonstration that would have put the Jackle to shame.  I loaded my rifle with twelve short-range bullets and all six of us stole our way to the marsh.

Cranes and ducks were in such abundance that before long, we had shot down five cranes and two ducks. The tall grass on the marsh made things easier. We decided that we had enough meat for a very nice picnic in the woods and so started back. We were behind the Zamindar’s mansion now and as we were passing the now abandoned huge servant’s quarter, we saw some fat pigeons sitting invitingly on the tin roof of an adjacent room. From where we stood, the structure looked haunted. Definitely. But we put up a brave front. There were six of us. Armed. Ghosts do not wander about in the day and anyway, we had no intention of going in.

Although pigeons are generally considered dumb birds, we didn’t want to take any chance and hid ourselves behind some rocks and trees. You never know. Wild pigeons may be smarter than their city cousins. The boy with the catapult let go a marble. Since the target was at a considerable distance, the marble fell short and landed on the high tin roof with an almighty clang and immediately two rather ferocious looking dogs appeared. Safe in the belief that the zamindar’s dogs are invariably tied in the daytime, the Jackle let go a couple of more marbles at the remaining pigeons. Missed again. An even louder clang resulted, and out came two more dogs. 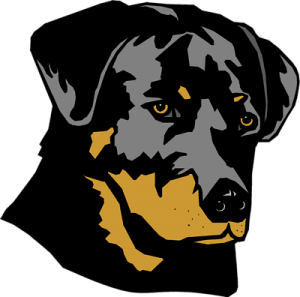 The dogs, trained to attack intruders, which we were, bared their fangs and started at us. I was concealed behind two huge rocks and saw all the five boys fly past me and their feet never touch the ground. I had read in one of Corbett’s books that dogs do not attack if a man stood still and I started shouting to my friends to stand absolutely still.

The dogs heard and one of them started after me.  I could see that the dog had nothing but despise for me and he displayed his deadly fangs very prominently. Suddenly Jim Corbett’s advice didn’t seem very safe and I had no intention of finding out weather they worked or not.  I turned on my heel and ran for dear life. I didn’t fancy being turned into a meatball for those canines and die young so unheroically.  I had read in the cowboy comics how Buffalo Bill killed half a dozen of wild dogs, running and shooting a rifle from the hip. But here I was in a different soup altogether even though I was running with a loaded Winchester rifle that could have easily taken care of the big dog.

With the dog breathing down my neck, my legs took wings and before I knew it, I crossed a barbed wire fence and climbed a rather high wall. The moss-covered wall was only three inch thick but I ran on it without falling down. I could never figure out how I did it because when I tried walking on the same wall a few days later, I couldn’t walk more than a couple of steps. Fear, I guess, also plays a key role in our survival instincts.

Eventually, all six of us regrouped in one piece but two of the cranes that we had shot were lost along the way. Small price, I thought. Better the cranes than us. When we ate the roasted birds under a huge old banyan tree, they tasted wonderful.

Well, my love for hunting diminished a little for sometime after that. Jim Corbett was a great hunter but reading his books will never make one half as successful. Storybooks make it all sound so easy and romantic. There is nothing like experience. And you gain it only through some misadventure like these.