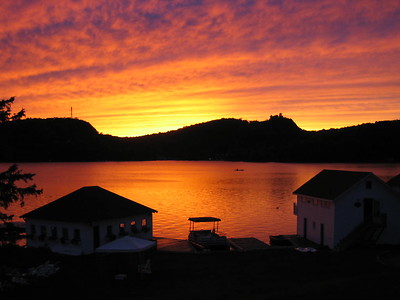 The Sinful Gateaway by Abhrajit Dutta The sun was about to hide behind the rooftops. These rooftops had a seductive color which changed throughout the day. He got up from bed and finally decided to wash up and go for a stroll. The town wasn’t much and he knew not, if it was even safe at night. A few locals had told him otherwise. This small town, a bit over 300kms from Delhi, was an unfamiliar tourist destination. He had changed his job quite recently and due to unreasonable business demands he had no project to work on. In IT lingo he was on bench.

This high paying job cost him his friends back at Bangalore, and plus he had nothing to do in this long weekend. Loneliness had groped at him almost every other night, and day. So he decided to set out on his own. His head needed to clear up a bit. A breath of fresh air maybe, or some exotic local girl, something or anything that would make him feel better.

He lit a cigarette and opened the door of his cottage. The lights had started to glitter in the town. He was cold and decided to start with some whiskey and some eats. Maybe chat with a few locals and find somewhere interesting to go. So he headed straight to ‘Poornima’, the bar which was closest. He liked the food there and it was quite comfortable.

He stepped inside the dimly lit bar. Few groups had settled in, the cold being washed away by whiskey. The smell of roasted chicken lifted his spirits. He sat down at a corner and ordered for a whiskey and some fried Poornima special chicken. Then, in a predictable manner, he started a conversation with the middle aged gentleman next to him.

“Hi, I am Nikhil and I came here to take a break from work. I heard this place has a lot of interesting places to explore. Can you help me if you have time?”

“And do you have money?”

“Well yes, but sightseeing involves a lot of money, is it?”

“If it involves women, young man… Don’t tell me you don’t know how this place is striving. Some say its flesh tourism. But we don’t let the news go out. As you see if many more come as you came, the prices will go high and no one will care about locals like us. But, now that you are here, you deserve a good night.”

Nikhil was unsure, but curious too. He was bored and he had a break up a year back. Nothing good happened since then. Some strange love in a strange city with nothing else to do, at that point of time, did not seem a bad proposition. So, he took the directions and set off to the south of the town.

He walked steady, head, a little fuzzy and his breath short. He located the pinkish looking building from afar. By the time he reached it’s doorsteps he could already see gaudy looking women with extravagant smiles. A small man approached him from the other side of the road, glanced at him and smiled.

He followed him, controlled by a mystic spell. He took him upstairs and opened a large door. The room smelt strongly of exotic incense. It was so strong that he had difficulty in breathing for the first few seconds. Then his sight rested on a girl. She had a gown on, which was embroidered with golden flowers. Her skin was spotless and her shape exquisitely beautiful. Nikhil couldn’t help but edge his way towards this gorgeous creature.

“Sit down dear and drink with me. Relax and let me make this memorable for you.”

Her voice had a defined and controlled modulation, almost like an automated reply.

“Are you real? I haven’t seen anyone like you before I guess”

“Don’t doubt. Give me your hand”

She took his hands and made them feel her all over-the soft warm skin that breathed sin. He was in awe and he could hardly believe his luck. He sat down beside her, still stiff and took a gulp of the cocktail that was kept in front of him. They kissed. She touched him and he really looked forward to this night.

“Sir! Please wake up! Are you all right?”

The shouting seemed distant but then slowly his vision came to focus. He could make out a bearded man leaning over him. It was his hotel security guard. He got up startled and found himself covered in a thin sheet of plastic.

“I have been robbed!” he screamed “That woman, that brothel. I think it was something I drank.”

The watchman escorted him to his room and hushed him.

“Look Sir, the cottage we provide is under our security. If you go wondering to some brothel alone how on earth can we guarantee your safety? This town is famous for prostitution. That’s the reason the pimps are looking for tourists who give way to their desires and act plain stupid. There’s no way to get your things back sir, and I am sure you would like to call someone to pay your cottage dues sir.”

Nikhil shut the door and took some clothes out of his suitcase. He used the local telephone to block his cards and called his brother to transfer accommodation dues to the hotel and buy him tickets back to Delhi.

They say unrequited love is hard to be forgotten. Some say betrayals should never be forgotten even if forgiven. But an impulsive action which borders on stupidity and that which seemingly tests your whole existence may just be the cure for a broken heart.

Fashion as I see it.- A viewpoint by Radhika Deshmukh