The Rains Come From Behind the Curtain 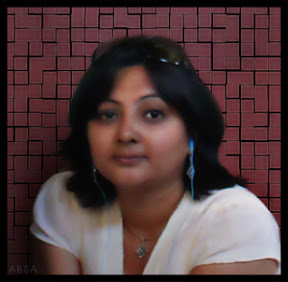 Author of the poetry collection We Called the River Red: Poetry from a Violent Homeland, Uddipana Goswami is also a researcher and media consultant. Her area of expertise, both as writer and researcher is the Northeast region of India – often called India’s troubled periphery. She has been addressing issues like insurgency, conflicts, militarization, nationalism, migration, displacement and ethnic reconciliation in Northeast India through her writings. She has worked with some major media houses, like the India Today Group and National Geographic Channel (India), before turning to sociological research. Her academic and creative writings and occasional translations have been published in print as well as online from Australia, New Zealand, the UK, the USA, South Africa, Bangladesh and India. She is Assamese literature editor of Muse India, a literary e-journal. She blogs at www.jajabori-mon.blogspot.com.


A few centuries ago, we first awoke from a deep sleep. We saw the world as a beautiful place, so giving, so loving.

It was some time before a few of us took a peek behind the curtain where dreams floated. What lay beyond was a nightmare.

Others among us had entered into a pact with the world and created this nightmare.

When the nightmare threatened to engulf us, we also entered into a contract with the world – we agreed not to look at the world, and those in cahoots with it complied to leave us alone.

Thus we had continued for centuries and thus I thought I would pass by.

But he jolted me out of my complacence – the naked man in the park.

They said he was mad. All he did the whole day was sit on the pavement and draw shapes and figures on the concrete.

And he laughed the whole day, all by himself.

I knew he was laughing at me and at all who had signed the contract. He had not.

The world was there, naked. And all its people – distorted, disproportionate, unsightly.

I had known it was like this all along but it had taken a madman to define it for me.

I was sane. So I had always looked the other way to avoid embarrassing the world.

The madman dared to look straight at it and all its naked, ugly people, to point at them and laugh. He did not turn his back.

So they called him mad and connived to isolate him so others would not be influenced by him.

But the madman did not care. He only sat and drew.

He knew he need not go in search of kindred souls – they have a way of coming together, these souls.

And when they come together? Do they all sit down and draw?

Would you find me tomorrow on the pavement with the madman? I don’t think so.

I don’t have the courage yet. I am sane yet.

Where then am I different from the rest of the world? Or am I at all? I like to believe I am not in the cabal.

The rains are though. Last night, they came and washed it all away – the madman’s etchings on the pavement.

For days now, I had tried to sidestep them as I walked past them on my way to the institute, only to see them being trampled under desperate feet trying to keep up the façade: nobody likes to be caught in the nude.

The madman only sat down to draw again. The world continued to conspire.

And last night, the rains also conspired with the world. The rain joined hands with the people. The rains washed it all away.

The rains came from behind the curtain.