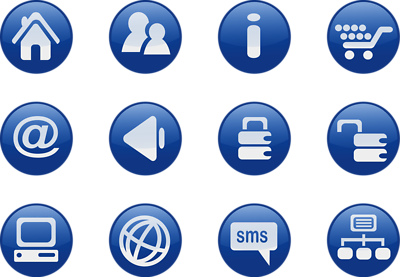 But tell me this. Do you not find that your experience becomes a lot more meaningful and deep when it is shared with someone? What happens when it is shared and your listener resonates with you? It was the same experience as before, but does it not feel as if more color and depth had been added to it? Does it not seem more vibrant and alive?

Even with the use of language, we frequently find communication gaps. Can you imagine the chaos if there were no language at all.?!!

Our existence would be reduced to a very basic, single dimensional level. We would have to rely entirely on our ability to express through non-verbal methods. At the most, a few inarticulate sounds would limit our expressions. And… you certainly wouldn’t be reading this post. The thought of a world without language would more or less take us back further in time than the Stone age. I don’t know about you, but I am sure I wouldn’t have enjoyed myself at all. One would more or less be wasting the entire day gathering/ cooking food. And starting off all over again-over and over; Wouldn’t it be unbearably boring? And mind- numbingly silly? One would never be able to rant at all… or be sarcastic…! How pathetically dull that sounds..! I am beginning to feel very ill already…!

In English, there is just one word which means ‘lotus’. There are over three million words in the English language. Most people have anywhere from 3,000 to 50,000 words in their working vocabulary which contains the words your habitually use. If each of those words meant something different, even if they are separated by a slight nuance of meaning, imagine the range of emotions/ experiences that we may express..!

To further demonstrate what I mean, I’ll share a longish passage from Anthony Robbin’sAwaken The Giant Within and I quote:

The experience that first triggered this insight (regarding how words affect the intensity of our experience) for me occurred several years ago in a business meeting. I was with two men, one who used to be the CEO of one of my companies and the other a mutual associate and good friend. In the midst of the meeting we received some rather upsetting news. Someone with whom we were negotiating was obviously “trying to take unfair advantage,” had violated the integrity of our understanding, and it appeared he had the upper hand. To say the least, this angered and upset me, but although I was caught up in the situation, I couldn’t help but notice how differently the two people sitting next to me responded to the same information. My CEO was out of control with rage and fury while my associate was hardly moved by the situation. How could all three of us hear of these actions that should have impacted us all equally (we all had the same stake in the negotiation), yet respond in such radically different ways?

Quite honestly, the intensity of my CEO’s response to the situation seemed even to me to be disproportionate to what had occurred. He kept talking about how “furious” and “enraged” he was, as his face turned beet-red and the veins in his forehead and neck visibly protruded. He clearly linked acting on his rage with either eliminating pain or gaining pleasure. When I asked him what being enraged meant to him, why he was allowing himself to be so intense about this, through clenched teeth he said, “If you’re in a rage, you get stronger, and when you’re strong, you can make things happen—you can turn anything around!”

He regarded the emotion of rage as a resource for getting himself out of the experience of pain and into the pleasure of feeling like he was in control of the business.

I then turned to the next question in my mind: Why was my friend responding to the situation with almost no emotion at all? I said to him, “You don’t seem to be upset by this. Aren’t you angry?” And my CEO said, “Doesn’t it make you FURIOUS?” My friend simply said, “No, it’s not worth being upset over.” As he said this, I realized that in the several years I  had known him, I’d never seen him very upset about anything. I asked him what being upset meant to him, and he responded, “If you get upset, then you lose control.” “Interesting,” I thought. “What happens if you lose control?” He said matter-of-factly, “Then the other guy wins.”

I couldn’t have asked for a greater contrast: one person clearly linked the pleasure of taking control to becoming angry, while the other linked the pain of losing control to the same emotion. Their behaviour obviously reflected their beliefs. I began to examine my own feelings. What did I believe about this?

For years I’ve believed that I can handle anything if I’m angry, but 1 also believe that I don’t have to be angry to do so. I can be equally effective in a peak state of happiness. As a result, I don’t avoid anger—I use it if I get in that state—nor do I pursue it, since I can access my strength without being “furious.” What really interested me was the difference in the words that we all used to describe this experience. I had used the words “angry” and “upset,” my CEO had used the words “furious” and “enraged,” and my friend had said that he was “a bit annoyed” by the experience. I couldn’t believe it!

I turned to him and said, “That’s all you feel, just a little bit annoyed? You must get really angry or upset some of the time.” He said, “Not really. It takes a lot to make that happen, and it almost never occurs.” I asked him, “Do you remember the time the IRS took a quarter- of a million dollars of your money, and it was their mistake? Didn’t it take you two and a half years to get the money back? Didn’t that make you unbelievably angry?” My CEO chimed in, “Didn’t that make you LIVID?” He said, “No, it didn’t upset me. Maybe I was a little bit peeved.” Peeved? I thought this was the stupidest word I’d ever heard! I would never have used a word like that to describe my emotional intensity. How could this wealthy and successful businessman go around using a word like “peeved” and still keep a straight face? The answer is, he didn’t keep a straight face! He seemed almost to enjoy talking about things that would have driven me crazy.

I began to wonder, “If I did use that word to describe my emotions, how would I begin to feel? Would I find myself smiling where I used to be stressed? Hmmm,” I thought, “maybe this warrants some looking into.” For days after that, I continued to be intrigued by the idea of using my friend’s language patterns and seeing what it would do to my emotional intensity. What might happen if, when I was feeling really angry, I could turn to somebody and say, “This really peeves me!”? Just the thought of it made me laugh—it was so ridiculous. For fun, I decided to give it a shot. I got my first opportunity to use it after a long night flight when I arrived at my hotel. Because one of my staff had neglected to handle the check-in for me, I had the privilege of standing at the front desk for an extra fifteen or twenty minutes, physically exhausted and at my emotional threshold. The clerk dragged himself to the check-in counter and began to hunt-and-peck my name into the computer at a pace that would make a snail impatient. I felt “a bit of anger” welling up inside of me, so I turned to the clerk and said, “You know, I know this isn’t your fault, but right now I’m exhausted and I need to get to my room quickly because the longer I stand here the more I fear I will become a bit PEEVED.”

The clerk glanced up at me with a somewhat perplexed look, and then broke a smile. I smiled back; my pattern was broken. The emotional volcano that had been building up inside of me instantly cooled and then two things happened. I actually enjoyed visiting for a few moments with the clerk, and he sped up. Could just putting a new label on my sensations be enough to break my pattern and truly change my experience? Could it really be that easy? What a concept! Over the next week, I tried my new word over and over again. In each case, I found that saying it had the impact of immediately lowering my emotional intensity. Sometimes it made me laugh, but at the very minimum it stopped the momentum of being upset from rushing me into a state of anger. Within two weeks, I didn’t even have to work on using the word: it became habitual. It became my first choice in describing my emotions, and I found myself no longer getting in these extremely angry states at all. I became more and more fascinated with this tool that I’d stumbled across. I realized that by changing my habitual vocabulary, I was transforming my experience; I was using what I would later call “Transformational Vocabulary.” Gradually, I began to experiment with other words, and I found that if I came up with words that were potent enough, I could instantly lower or increase my intensity about virtually anything.

You may call a manwell- behaved or gentlemanly but the word chivalrous depicts something a lot more complex than just good manners and courtesy. The words sadness and sorrow, though used interchangeably, are not the same. The difference is of intensity. You may feel sad that you lost your favourite sweater, but the sadness cannot compare with the sorrow of having lost your best friend.

The words you use can add or diminish the potency of your emotional responses. An inappropriate word- while it will convey the general meaning- will not accurately portray your exact emotion. A few well- chosen words can contain an ocean of meaning in a sentence.