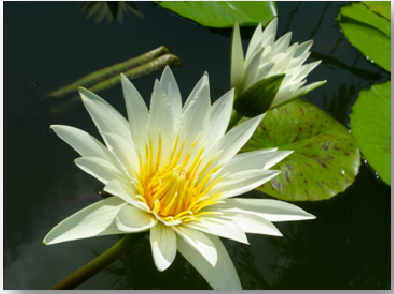 The Glow of Nostalgia

Many years ago, Gulzar wrote a beautiful song for a Hindi movie called Mausam. I can never listen to that song and not be compelled to walk down my own memory lane.

Gulzar is an amazing poet. He uses simple everyday words and clothes them with meanings at once new and uniquely his own. They take you by the hand and plunge you down forgotten pathways deep into your inner world. They compel you to look at familiar things in ways that fill your heart with the wonder of the new. He talks of simple everyday things by calling their names softly. They come forth, these humble, shy things, obeying the summons of someone who sees them for what they are, who knows the mysteries they hide in their mundane folds. They let him peel away those folds and for him, just for him, they let their dazzling light burst forth. They let you see the world they hold in their dimly illuminates shapes, like the tender, pristine leaves of a lotus on the sunlit surface of a blue lake.

I wonder why memories of simple everyday past routines become so vivid for us, despite their faded colors, their muted sounds. The more the passage of time, the more intense is the emotion. It seems that the intensity is taken from the colors, texture and sound and through a process of magical alchemy, turns them into pure emotion. We remember only the sum total of the event by means of remembering how we felt then. We forget the specifics of the event and it is stored as a set of images which are diffused and have soft rounded edges. The kind of edges that are benign and don’t cause lacerations. What an amazing transition…! Time is truly a magician. He heals memories and turns pain into a smile of wonder. Sometimes this smile is laced with a fleeting hint of regret, which makes it all the more beautiful.

A world gone by is made precious by being impossible to recreate, which is how it should be. We can’t be stuck in old worlds; there are many new ones to experience. But once in a while, it feeds your soul to touch again the bitter- sweet memories nostalgia invokes. They remind you of the times when you were vibrantly alive. These are the days I cherish:

…. The days of my first job where the 20 of us, youngsters all, the oldest being 24, worked for 13-14 hours a day. We learned the meaning of Team-spirit, not from a book, but from the fact that each one of us knew the day wasn’t over until we heard each other’s stories of the day. During these sessions, shared outrage and worry would apply salve to the hurts and pains the day had given. None of it seemed to matter once the stories had been poured into receptive ears and we’d go home replete with a sense of nurturing, eager for the next day to begin.

…. The days when the 20 of us would go out for a birthday dinner bash. Then all of us would go together to escort the girls home, until the last of us were dropped safely off. The empty streets at 11pm would be echoing with our laughter and the vrooom of our bikes.

…. The Saturdays, when the four of us who were best friends, would go out for an ice-cream in winters. We would eat until we couldn’t move. Then each of us would try to convince the others that it wasn’t their turn to pay.

…. The days when my ex’s entire extended family, over twenty people, would sit down for lunch together while my sister-in-law and I served them

hot chapattis in the sweltering summer heat of Ajmer. We’d be alternately grumbling to each other and giggling away at some irreverent comment she’d make. Oh yes, she has a wicked sense of humor and always could put me into splits merely by rolling her eyes demurely.

…. The days when I would be home with my kids, like a laid- back, stay- at- home mom. I would be home when they came from school, to listen to their breathless stories, to share their scraped knees, to apply some love and some balm to their miniscule bruises- the kind they couldn’t see themselves.

…. The days when Johnny and I would be observing Lent (I only did it to give him company) and the absolute bliss with which he would jump into a plateful of rice and dal in the evening; his expression beatific, contentment oozing from his face.

…. The penchant Johnny had for dividing the rice amongst us. He didn’t like the rice to be fluffed up. He would cut precise slices off it as if cutting a cake. You had to eat what he gave you- no arguments.

…. The days when V would insist we all play cards or ludo or snake & ladder. He would cheat blatantly trying to beat me. The children wouldn’t notice his cheating in the beginning though I would, but keep silent about it deliberately. Then the kids would notice it and would launch themselves at him, tickling him until he would fall off the bed.

…. The days when S would call me from office and tell me she had dreamt of besan ke laddoo, or methi parathas the night before. We’d arrange to meet either at their place or mine and dig into the savouries she had dreamt of and I had cooked. The arrangement worked fine for both of us. I liked to cook and she to dream.

…. The days when U would sit chatting with us through the night. His PJ’s would become more and more pathetic and contrarily inspire more and more laughter from us. And the moment when he told me, “Winning is a habit. You need to stay in habit.”

I could go on forever. There are many, many such days held lovingly in a secret chamber of my heart. I open that room and sit inside for a while. I let the glow of bygone days wash over me. When I emerge from that chamber, I find the glow of precious yesterdays lighting up my todays.

Have you visited the bygone days of your leisure recently?

From Raspberry to Olive

When love is a job!