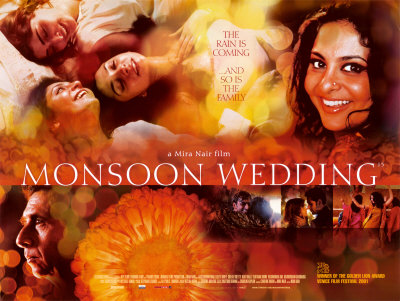 It has been a 100 years since the first movie in India was shown. From then on there was no looking back. Dada Saheb Phalke,

Prithviraj Kapoor, Devika Rani Roerich, Fearless Nadia, Guru Dutt, Waheeda Rahman, Amitabh Bachchan, Rekha, Shah Rukh Khan, Madhuri Dixit – these are some of the names synonymous with the magical world of Indian Cinema. From Shree Pundarik in 1912 to Ra.One in 2011 Indian cinema has undergone a change that even the dream merchants like Raj Kapoor and Subhash Ghai might not have thought of. No one in India can imagine a life without movies – those dreamy locations, lovesick eyes, singing in the rain (now who can forget the famous ‘pyar hua ikraar hua’ song from Shree 420?) Movies have always been an escape route from the grim reality of life where a layman relates himself to the hero who can kill six villains in one punch. However, there is also another kind of movies in India which cater to the Indian.

The diaspora and the growing number of Hinglish speaking population in India. These movies have varied genres ranging from thriller to comedy to romance.

It is difficult to say which the first such movie in India was because back then, during the birth of Indian movies, art movies started at the same time. Monsoon Wedding, Bride and Prejudice, The Householder, 36 Chowringhee Lane, English August, Being Cyrus, Little Zizou- all are movies that are made by Indians, for Indians but in English or bilingual.

Of course, previously the films were not met with warm responses among the Indian population, but now they are being accepted with open arms. Some of the movies that were loved by the audiences and critics over the years are:

Monsoon Wedding: Directed by the famous Mira Nair, the film dealt with the lives of NRIs and NRI weddings infused with drama, romance and comedy. It showed the big fat Indian Wedding like no movie ever.

Bend It Like Beckham: Directed by Gurinder Chadha, this comedy drama was about a traditional NRI family whose daughter wanted to be a footballer and how they cope with cultural clashes.

Mr. And Mrs. Iyer: Directed by Aparna Sen, this slow but moving story about racial conflicts, communal violence, religious fundamentalism and love touched the hearts of both international and Indian audiences as well as critics alike.

Being Cyrus: Based on a Parsi backdrop, directed by Homi Adjania, this psychological thriller starring Saif Ali Khan was a smashing hit.

Parzania: This National Award winner, based on the backdrop of Gujarat riots, was also based on a Parsi family and their search for their 10-year old son.

The Last Lear: Based on a Bengali play titled ‘Ajker Shahjahan’ and directed Rituporno Ghosh, it received a lot of accolades and also premiered at the Toronto Festival.

The Namesake: Directed by Mira Nair, ‘The Namesake’ is based upon the novel of Jhumpa Lahiri, the film depicts the cross culture struggle of a first-generation immigrant couple and their American-born children.

15, Park Avenue: Directed by Aparna Sen, this movie deals with a schizophrenic woman and the trials and tribulations she goes through.

Nonetheless, these movies are, as someone had said, “for the classes and not for the masses”. Indian audience will lap up a Rowdy Rathore compared to a Bend it Like Beckham any day. Commercially, they are not a great success, but whoever has watched it has never come out of the theatres disappointed.

A Day in the Life of India