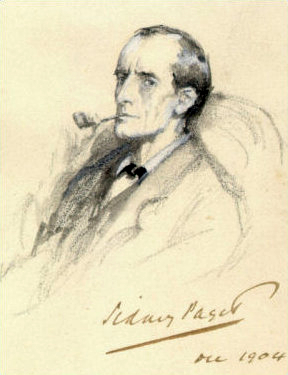 By now you know a lot about Sherlock Holmes, but still we have more in store for you.
Although Sherlock Holmes is not the original fiction detective (he was influenced by Edgar Allan Poe’s C. Auguste Dupin and Émile Gaboriau’sMonsieur Lecoq), his name has become a byword for the part. His stories also include several detective story characters such as the loyal but less intelligent assistant, a role for which Dr Watson has become the archetype. The investigating detective became a popular genre with many authors such as Agatha Christie and Dorothy Sayers after the demise of Holmes, with characters such as Hercule Poirot and Lord Peter Wimsey. Forensic methods became less important than the psychology of the criminal, despite the strong growth in forensics in use by the police in the early 20th century.

Infact Holmes method of careful deductions by observing very minute details in the crime scene has been a major impetus in the field of forensic sciences of the early 20th century. The methods used by Holmes were in their infancy when Doyle wrote about them, but the passage of time they become a part of every crime fighter’s life.

What is Sherlock Holmes for me? Well to be honest he has been a lot of different things for me. He was my mentor at one point in time. He was my role model at another. And he has always been my friend throughout the time I got acquainted with him when I was a kid of about 12. The 8 years hence, I have devoured each and every one of his short stories and every novel. What did I learn from them? Lots! Holmes is an intricate man, he taught me how well we can use our imagination and deductive powers. There are really many parallels in what Holmes does and in what a mathematician does, which I aspire to be one someday, if I am already not one.

Can anyone beat Holmes? In sheer detective talent, the answer will be a big NO. In terms of charisma and chivalry, can we hope to come even near to this 123 year old detective? Still the answer is NO. Time and again, we have all wondered, why has the legacy of Holmes continued to go unabated when his less illustrious contemporaries and ancestors have all become a foggy memory for everyone? The answer is not too tough to come at. Its really simple enough, Holmes is definitely the best there is.
If you have read his stories then you of course know what I mean. If not, I am sure I have given you an impetus to grab a copy of his short stories and start reading one today!

Marc Kac a famous mathematician once remarked about Richard Feynman: “There are two kinds of genius, one the ordinary genius, what they do is great, but it leaves behind a trace that if we had tried hard enough we could have done that too. And then there are the magicians, what they do is clear to everyone, but how they do it remains a magic and how much hard we try ,we can never ever hope to achieve what they did. Feynman was such a genius.” Isn’t it applicable in case of Holmes too. He was a magician of the first order.

I leave you all with a Holmes quote that is my personal favourite:
“My mind rebels in stagnation. Give me problems, give me work, give me the most obscure cryptogram, or the most intricate analysis, and I am in my own proper atmosphere.” – in The Sign of Four.