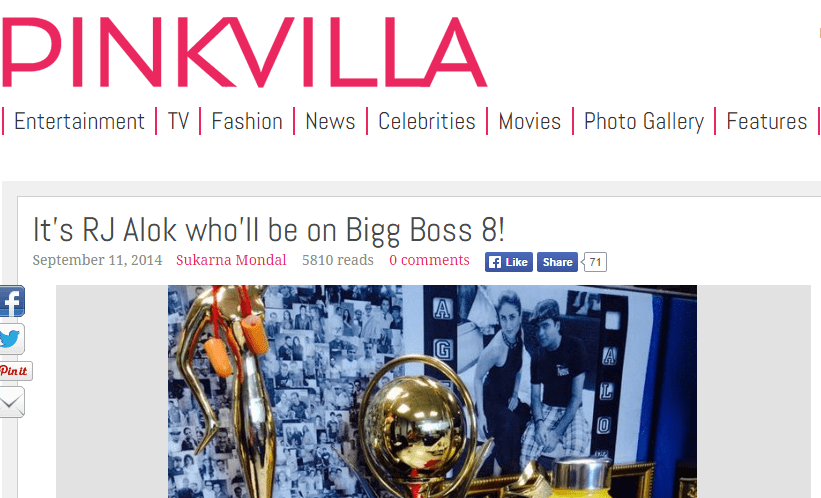 When Amitabh Bachchan decided that he would rather share news on Twitter than with the media it was clear enough that the importance of social media was only increasing. It has only got larger since then. And unfortunately enough, a large chunk of entertainment reporting is now based on twitter updates.

This breeds an extremely unhealthy strain of lazy journalism. One where all many ‘journalists’ are doing are track what celebs tweet. While that in itself is unacceptable work ethics, things only promise to get worse.

Even as the serious kind pray that things actually return back to normal, reporting probably hit one of the lowest patch yet recently. This happened when the much respected Dainik Bhaskar’s website carried a story on a how a Mumbai based radio jockey would be a part of the Bigg Boss. This news was soon picked by Pinkvilla and then was absorbed by some regional papers in Punjab and UP. 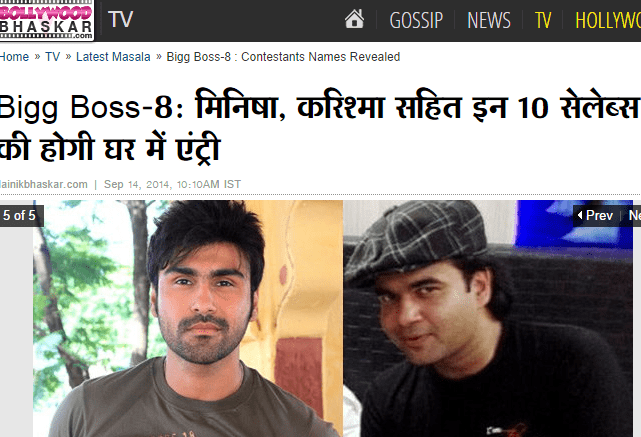 All of it started when the jockey, Alok Shukla, posted on his social media page that he would be going to the Bigg Boss house on September 31. For the people who were smart enough (not a very large number), they laughed. Someone of course was not just stupid enough to not understand the Sept 31 joke, but also took the post too seriously.

Soon enough a report said that it was not Alok Nath but Rj Alok who would be living in Bigg Boss! In a chat with Alok later, we could not help wonder how the reporter could not bother to do a check before writing his story. Needless to say Alok enjoyed the temporary attention. Even his twitter followership jumped by a 100 odd.

I dread the day when this incident sounds like a small story in comparison to what a journalist may report some years down the line on basis of some twitter post. And you need to be scared too.

I am sure you would have come across such examples too.