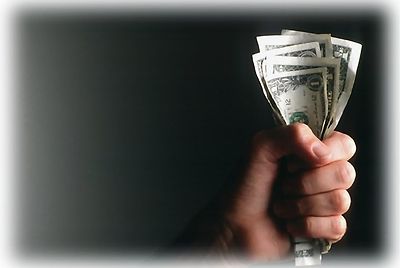 Imagine a platter full of some great stuff to eat. You like Pizza? Well ok, pizza it is then. A juicy steak? Why steak? Why not caviar? Pate de foi gras? Yes, yes! Have your fill. No charges, no conditions. Just have it fast! We want to prove how generous we are. Have it every day, on the house.

You know, what that will make you? A fat, unhealthy, lazy, ungrateful lout like Garfield.

Like Garfield your only purpose in your life would be to lie down on the couch, sleep and get bored at everything.

You must be wondering what exactly is bugging me. Do you want to know? Well it’s my hard earned money going down the drain in the form of tax that is bugging me. No, I am not an antiestablishment person. By all means tax us, after all we do need good roads, infrastructure, a continuous power supply etc etc. No it’s not about the corruption or the embezzlement, scams, either  for I do not really have hard evidence to pinpoint anyone.

Do you know that there are state run night shelters or Ren Baseras as it is called? Yes there are quite a many in the capital. Yes of course it is a noble gesture. Agreed. Destitute and homeless persons can put up in those temporary shelters for as long as they do not arrange something permanent for themselves.

So we have now those porta cabin sort of large structures rather than tents, except that the porta cabins are not cubby holes and somewhat like large dormitories.

What do they offer?

Geyser, heaters, free food, bedding, blankets, free medicines, air coolers in the summers and today I heard , yes I heard that they are about to fit ACs into them.

You are amazed! Right! Now I am going to shock you.

I don’t mind the occasional charity. I do not mind, money going into where it should go. After reading the Street Lawyer by John Grisham, I too have started believing in giving back to the society a little bit that we have taken from them, but I do not believe in WASTE

Now for the shock! Do you know who mostly stays in those Ren baseras? Not some helpless migrant from a distant place. Even if they do, they leave as fast they can. Do you know why? Because it is mostly inhabited by the drug addicts, alcoholics, pick pocket-ers, beggars-by-the-day-and thieves by night- The people of the night.

So you can guess what the never ending flow of generosity will do to them? It will make them slaves to  their pitiless state and they will lose the urge to rise above their condition or state.

Milk in the mornings and chicken by the evening will make them demand for alcohol next. (And it has happened)

If being in a state of destitution entitles so many benefits, would they let it go, to struggle and survive in want in an atmosphere of dignity?

As it is their senses and mental faculty are already compromised with all the smoke and dust and in that state of intoxication wouldn’t they just sit, lie indulgently and just soak in the ambience?

We mostly rise by levels. Every short term goal/level achieved leads to the next level or the next goal. You struggle slowly to get to the top or to your goals. That is the drive to be productive; to work ; to become a contributing and participating unit of the society, but give me a penthouse at this moment, a villa in France , a loving generous husband with money to throw everywhere, I might , yes, I might lose the urge to work and earn and also forget the value of hard earned money

Everyone has to earn. One has to earn respect, earn love and admiration, earn trust, earn a living most importantly, but by being generous senselessly, aren’t we taking away their right to earn?

It is another thing to support and gift a much needed push, to make someone stand on their own legs, and that thought is much better than pushing down someone, to be wheelchair bound forever while we push around living in an illusion that we are doing our best.

Where are the trees?