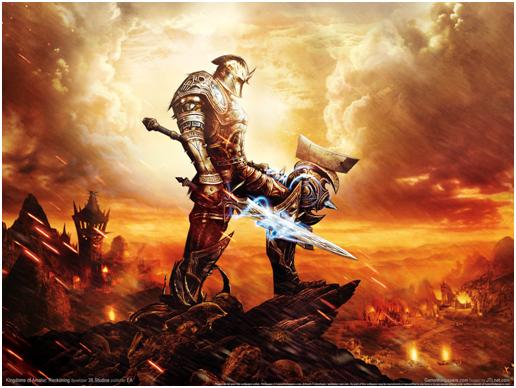 Reckoning: Kingdoms of Amalur by By Elyon Blah

The long awaited RPG from 38 Studios and Big Huge Games was finally released in February 2012. When the game was announced it was said to be a cross between Fable and Skyrim.  All the hype and rumour about it being as good as any Elder Scrolls game has done two things; it has made people want to buy the game as soon as it released and it has raised the expectations that the game will be, in a word- awesome. However, is that true, are we looking at the new King of the RPG Hill? Well yes and no. If you want to find out why, keep on reading folks.

At the beginning of the game you are dead. Yep, that’s right, dead. Now now, before all you people out there start sneering at the unexpected event I have to tell you that it gets better from here on out, I mean if you’re already dead then things can’t get any worse can it? Ok, here it is again, you are dead but is brought back to life using a device called the Well of Souls (getting interesting, no?) As it turns out you are the first successful experiment to resurrect the dead. Now this is where things slip a wee bit out of your control. You wake up from the sleep of death and are given instructions to find a way out, battling unknown adversaries in the process. The game uses this level as a rough tutorial of sorts. You get to wear a dead man’s armour, wield a dead man’s sword and steal a dagger and a bow from a fallen enemy. These are all standard RPG elements that are commonly used and as such, it kind of feels comfortable to start out with something familiar. 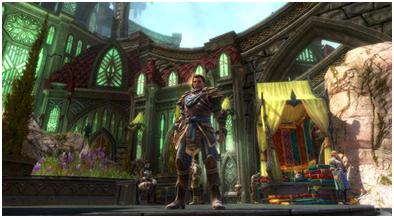 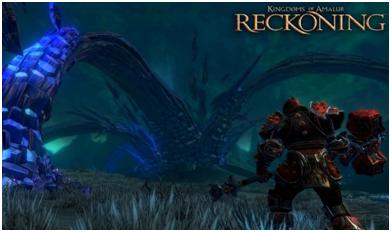 Unfortunately, this mediocre RPG atmosphere stays with you for the rest of the game that is if you can play it to its end. The game does make an effort to make the plot more interesting but there is so much blandness in the plot that the one or two instances of creativity are swamped by underachieving ordinariness. If you’re looking for an RPG that will capture your soul with an epic story and memorable characters, this is not for you. But, and this is important, if action and adventure and a fulfilling levelling system is what you’re looking for then buy this game.

Most RPGs are known for their story, their characters and the amount of interesting things to do, but not necessarily their combat. Amalur is not one of those games. The combat is so immersive that it feels like an action game rather than an RPG. I know some of you out there are already rolling your eyes and saying, “Then that’s not an RPG!”  but hear me out. The combat in this game is absolutely awesome. The amount of fun I had with using a long sword to skewer opponents or juggle their helpless comrades in the air just can’t be expressed properly.

The weapon lists are again common, from daggers to bows to long swords to huge broadswords and War hammers. This may not sound like a lot of variety but the amount of customisation more than makes up for it. In the game you can enchant your weapons with gems that harness the power of the elements. What this means is that you can put fire gem in your daggers to make it all red and flamey and pretty, especially when the blade is stuck in the neck of an unsuspecting enemy.  There is one more special weapon type but its awesomeness is best left for you to find out. There is one feature that really impressed me, which was the Reckoning mode… this kind of the rage mode that allows the player to hand out a truckload of damage to opponents while slowing time and if lucky complete an awesome looking finishing move. I really loved it and tried to do it all the time! 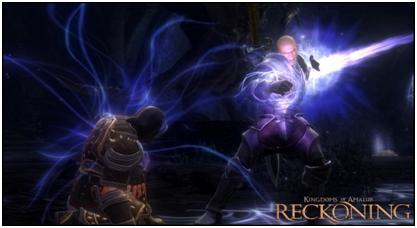 “Say hello to my not so little friend!” 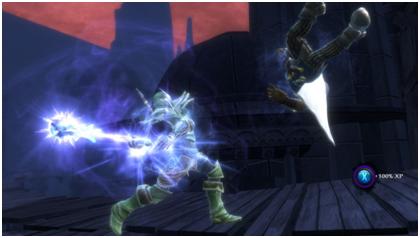 “I gotta take batting practice seriously from now on”

The combat, levelling and crafting is so much fun that in my eyes it overshadows how bland everything else is. You may not be sucked in by the story and the characters plight may not tug at your heart string like Mass Effect 3 or Skyrim but the sheer fun you can have while paying Amalur makes up for most of its disappointments. But the decision lies with you, if you want an RPG that will suck you in and never let go then Kingdoms of Amalur will disappoint, but if amazing battles with monsters and a clever levelling system is more important for you then dive right in.

In the end, the game left me with a slight hollow feeling. It had a lot of potential, the art style, combat, character progression and flexibility is probably one of the best I’ve seen in an RPG to date but the hum drum story, boring and repetitive side quests and generic voice acting stop it from being a game that is a force to be reckoned with.