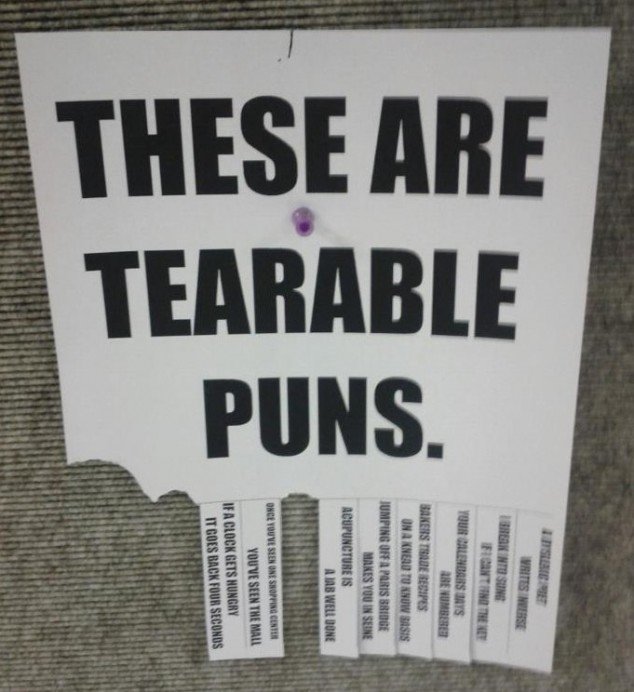 The Punnery- a Pun-dora’s box

‘Mary Kom, our Kommitment to the nation “screamed the hoarding. It was one of the top cement company’s tagline. What struck us was the word play.

There will be only a few in this earth, who have never indulged in word play of any sort, more specifically punning , because consciously or subconsciously everyone has punned at least once in their lifetime. We have made jokes with homophones, chuckled at double entendre and laughed our guts out at silly punch lines

Puns, earlier considered to be low ranked in the literary world have entered the world of fun and creativity with a big bang.

The popularity and fun quotient of puns has become so high, that you need to be in the midst of the action to actually believe it.

“Queue is such a waste of vowels”

“Ideally a Logo should tell something more about a brand- Logo ka kaam hai kehna.”

Have a confession to make…..This hot movie star of yesteryears? She made A’man out of me

“I’m an aggressive learner. I hit the books every day”.

My new boyfriend is a chauffeur….he drives me round the bend

The group, created in 2011 progressed from a few handfuls to 10000 plus, a figure which is impressive to say the least. What did George Koshy, its founder, an Adman and a punner at heart have in mind when he started it? Did he even anticipate such a response when he started it?

“I’ve always liked punning. It’s part and parcel of being a writer. You play with words, find new meanings to them. Try and stick in places it isn’t supposed to, but seems alright. For some, No! strange reason, it’s been discouraged by almost everyone. In college punny jokes were a strict no-no, especially in the hallowed halls of St. Stephen’s college. Even in advertising, most people would cringe at the mention of puns. I found just a handful of people who thought it was great fun. So I thought it’ll be a good idea to get these people together and have some fun. And so began the group. Initially it was just a bunch of advertising writers and my wife Nupur, who’s a journalist herself. But soon people started adding other and before I knew it, the count had grown. It’s like they were crawling out of the woodwork and I was loving it. I still have 3400 requests I haven’t added yet.”

The Punnery, currently the most popular pun group in Facebook is also probably one of the popular and active groups. With more than 10,000 odd members and 3000 plus in the waiting list, the figures are staggering. Unlike other groups, you will find it active 24 by 7. Just leave it alone for 10 odd minutes and your notifications from the group shoot up to ten- All on the basis of pure whole some fun. No rock groups, no celebrity, no politico religious issues, not even causes. Of course the subject for the puns are wide and varied, but none on the verge of frenzy or obsession. Here only one obsession works – and that is word play.

The Punnery is a completely independent world of its own. A world of madness, laughter, animated wit, budding friendships, heated debates and at times sleaze too. Many a time people have lovingly termed it The Pornery too. But love it or hate it once you are in, it is difficult to come out of it.

Why is it so popular? What makes the active punners be at it from dawn to dusk?

George Koshy analyses it beautifully when he says “I like the idea of taking a word out of its usual context, out of its conventional surroundings and putting it where it doesn’t technically belong. It’s a basic childlike instinct to see if this goes with this or that with something else. It is how peanut butter and jelly sandwiches came to be. I thing this almost juvenile instinct to mix and match is discouraged by society or our peers and by people in literary circles.
But for some people and most people in non-literary pursuits, it’s still a fun thing to do. And so it is that I’ve realized that most of the most prolific punners are in fact Doctors, Lawyers, CAs, Software Consultants and people from other more practical pursuits. Which is why, the humble pun seems to do so well here.”

Hari Srikant considered one of the best punners around too is pretty much in agreement with what George Koshy had to say.

“A lot of people love wordplay and indulge in it at one time or other. The Punnery’s success is largely due to the interactive format which allows people to engage in witty banter that revolves around a theme set by the original post.”

Maxim Noronha, another ace, who has been in The Punnery for quite some time , and who pretty much have gone through the good, bad and ungly , is simplicity personified when he says “I think because it is an open group.. Also, when people post really clever lines, it goes into the feed, and the others on their list can see how clever they are.”

However, the excess of Hinglish and Hindi is sometimes a put off to a few, as Hari again puts it –”The only criticism I have is that it has become too India-centric because of the large membership base. I would prefer avoiding punning in Hindi or other Indian languages because it puts off people who don’t understand and drive them away. Having said that I think it is the best site around for punners.”

Many agree that they have found a particular level of comfort zone here to pun on everything under the sun, be it Princess Kate’s delivery, the fall of Rupee and even menstruation, even if some may declare with a poker face. “Menstruation jokes are just not funny. Period.”

But we were curious, with so much irreverence and sarcasm flying around, didn’t The Punnery have its share of controversies?

“The rules for the forum have evolved over time and so has the method of monitoring it. At first it was a free for all and the only rule was that it had to be pun. Soon issues of personal punning attacks came up, then came religious sensibility, then children puns etc. etc. Soon I found it impossible to manage the whole forum with just my wife for help. So I set up an inner group, a body of 10 of the oldest members who help me monitor the group. If there’s an objectionable post, they alert me and it’s immediately deleted or appropriate action taken.”

That explained the comfort zone probably, mostly among the women punners. But if controversies were kept at bay by the able and much teased administrative moves of the Admin, with large numbers came complications of other nature like groupisms.

To quote Maxim “People come and go, it breathes and so it lives. “And of course Living groups will have life like complications.

But in all finality Avinash Mantri echoes the sentiments of most of the members, especially the newer lot “Being a late entrant, I have probably seen the best and worst of Punnery. But largely it’s successful because of some regular aficionados who encourage newbies and are quite good. I can safely say that I believe there are more good than average or bad Punners in here and that’s what drives The Punnery!”

So what next for this prolific group? Commercialization? Why not commercialization? Some of the Brand puns are so effective and strong that it could turn out to be a gold mine for any Ad firm.

However George is not in a hurry to join in, his reason being more in principle then about the principal amount

“Actually to be very honest, I really don’t know what’s next. As the number of members increase, the quality decreases. It was perfect at 500 and soon became difficult to manage. But then again, you can’t just stop people from joining. So I keep adding them. Commercialization is something I wanted to avoid. It was a pure idea that began the Punnery and I want to keep it as virgin as I can. I have been approached for a book and am figuring out the details. However I personally would love to see a range of merchandise with puns on them. T-shirts, Coffee mugs, ashtrays etc. But that’s just wishful thinking.”

But he agrees that Puns are here for good and so is The Punnery.

Hari though has a cautious approach –”Some of the classic writers from the past including Shakespeare used puns to good effect. Yes puns have a ‘catchy’ style to them that tend to stick in people’s minds. This is precisely what ad campaigns are shooting for, something different that people will remember. In that sense puns laced with humor are very effective. I think it is there to stay. But like any other thing overdoing it will lead to its demise”.

All said and done, Koshy is quite optimistic about the future of Puns and The Punnery,

“I think the pun has always been the poorer cousin of the other forms of wordplay. It’s treated like something of an outcast. A bastard child. But it’s a sibling that can’t be ignored. Some of the best advertising lines I’ve read, involve puns. Like one for Yellow Pages that read “The lord of the rings”. So, done well, this form of wordplay can evolve into an art form. At least that’s what I hope the Punnery will do. Give this bastard child its 15 minutes of fame. Too lofty an idea for a Facebook Group? I guess time will tell.

15 minutes of fame? It easily deserves more than that. For a civilization which is thriving on Brand selling, puns are next best thing to God.

And the best thing about punning is that it is not as technical or difficult as it sounds.

Of course a good punner in Hari’s words need “mastery of vocabulary, grammar and most important of all, a sense of humor. “But to pun, you just have to do what Maxim does in all humility

“I honestly do not know what a pun is. I look at the others and do what they do”

So, what are you all waiting for? It’s an open group and it’s a steal if you are looking for humor.