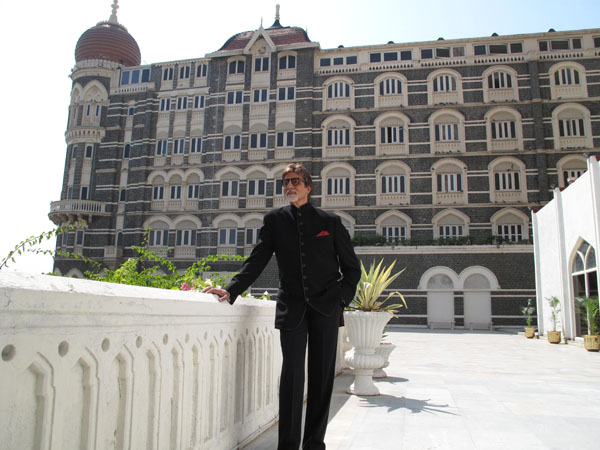 On the murder of a classic

February 1, 2010 Off By Rhiddhis Chakravorty

What happens when an original masterpiece is redesigned and repackaged as something that only faintly reminds you of its past glory? How about a redesigned Taj Mahal with a banquet hall look? I don’t know about others but I am one stubborn man who would refuse to accept it. Do you know the reason for this rant? Well, it is outright frustrating to see Kailash Surendranath commit such a heinous crime of destroying his earlier masterpiece, ‘Mile Sur Mera Tumhara’. Despite its obvious weakness- the typical mainland India bias and colonial neglect towards the culture and history of Assam and other Northeastern states- the rendition was an aesthetic delight to every Indian irrespective of his/her age. Those who were born in the late 70’s and early 80’s literally grew up with ‘Mile Sur …’ telecast on DD to promote national integration before cable TV invaded Indian living rooms.

And now comes ‘Phir Mile Sur….’ the brand new version or the degenerate cadaver of the old classic- mutilated, disfigured and covered with Bollywood trash.

The first fault of the entire recording is that it sounds horrible. You don’t need a trained ear to make out a substandard tune from a good one. While in the earlier version we heard great maestros like Pt Bhimsen Joshi, Balamuralikrishnan and Lata Mangeshkar, the new version has too many badly sung parts. Yes, there are a few great legends like Ustad Amzad Ali Khan, Ustad Zakir Hussain and Pt Shiv Kumar Sharma, but they are like the good portions of a rotten apple that cannot make the fruit eatable. Moreover, it seems the new version contains the maestros just in order to be politically correct. To sum up in one line -watching ‘Phir Mile Sur…’ is a disturbing experience.

The biggest crime Surendranath has committed is that there is annoyingly too much of Bollywood in it. So much so that even Sachin Tendulkar is totally forgotten. Gopichand and Saina get just a few seconds and a lot of other true legends of sports, culture and Indian cinema (not Bollywood) are not at all there. Apart from some popular stars of South India, no major renowned figure from regional cinema is featured in it. Whereas the likes of Deepika Padukone , Ranvir Kapoor and Shahid Kapoor, whose credentials as national icons are debatable, have been allotted too much airtime. Pitiably ‘Phir Mile Sur…’ fails to integrate the nation if it does not disintegrate. If the older version neglected the Northeast and some other parts of the nation, the new version has insulted them. A few seconds of Bhupen Hazarika and that is all for Assam and the Northeast, while some other regions are featured for too long. And all this in a music video that is projected as a representation of India’s cultural diversity!

It is crystal clear now that ‘Phir Mile Sur…’ is produced from the sheer commercial point of view. Bollywood stars are good commodities while culture and aesthetics are not that marketable. In the entertainment market, everything that sells is good and everything that does not should be avoided. National pride is okay only if you can sell it and if someone buys it for a high price. The producers and sponsors will now repent for not featuring Sachin. Not because he is our pride but because he is marketable.

This seems to provide answers to some other questions. Why is it that only the Bollywood stars represent Indian culture in the Olympics, Commonwealth Games and other international sporting or cultural events? Why is a funny cocktail of Indian and western dance, music and culture is always presented as Indian Culture? Why is the official Indian entry to the Oscars always a Bollywood film no matter how unaesthetic and idiotic it is and never a regional film? It’s because Bollywood is business; because everything is a commodity in the money-oriented culture that has taken total control over India today. Nevertheless, Kailash Surendranath and all the big corporate houses associated with the production of this farce should be given this message loud and clear by the nation that no corporate house has the right to insult the nation in the name of NATIONAL INTEGRATION.

Editor’s note: The writer is a disgruntled and a full blooded Northeasterner who feels emotionally robbed.