He tells his stories in the afternoon while my head rests on his belly, bobbing rhythmically to his breathing and shaken occasionally by convulsive laughter. The anecdotes evade any chronology or pattern; they are just random, like all memories are, flitting from this to that, a decoration here, an omission there. These recounting of snippets from his life and of those around him aren’t always original, I’ve heard nearly all of them multiple times throughout the years, but it’s a testament to my father’s art of story-telling, the finer nuances of his hand gestures, the adequate peppering of inconsequential details, the gradual build-up of laughter and its patient wait at the threshold for just the correct time with pauses so befitting, and a sense of observation so keen that my mother can’t help feeling the suspense of how a story would end despite hearing it umpteen times in their thirty three year old marriage!

My father is a funny man, he could always make me laugh with his quips; but I never fully appreciated the veritable treasure of his humour until I too started to look for it in the little incidents that populate our lives. One mundane morning we were sitting in the verandah reading the newspaper when we heard a cuckoo bird’s call. Others might close their eyes to lose themselves in the melody, but I tell my father about cuckoos laying their eggs in crow’s nests, which is followed by the parasitic young cuckoo destroying the eggs of the very crow that raised it as its own. My father quietly listened to it and without looking up from his paper, he replied, “Hoboi aru. Kauri eta monot pelua sun, dekha tei burbok jen nalage janu?” (That’s expected. Try to recall a crow, doesn’t it always look like an idiot?) His deadpan humour gets lost in translation here, but I can’t help my snorting laugh every time I spot a crow.

Today I want to share one of the many stories I’d grown up hearing. I won’t elaborate every detail. I just assume you will imagine them quite well from what I chose to tell.

My father’s friend, KD, was mortified when the doctor pronounced that his paunch would lead him to an early grave. During an evening ‘ adda’ session, this knowledge created uproar among his friends as in Jorhat the early 70s was a clueless virgin of the fitness trend that swamps us today. After a volley of suggestions, they came to the conclusion that physical exercise was the answer. But how can one find means of sweating his brow while living in a town that excludes any opportunity of rigorous physical labour in the immediate vicinity, and while working at a 9 to 5 job where the only exercise was when one stretched the hand to get the lunch box from under the table? In an age much preceding gyms, how can a grown man exercise without having to resort to borrowing his daughter’s skipping rope and how would he ever fit this ‘exercise session’ into a busy day? A wise soul, much ahead of his time, suggested getting up an hour early to go jogging. My father claims everyone applauded heartily at that moment.

So KD, a man given to as immaculate a planning as to its execution, bought a new pair of sports shoes and an alarm clock. He continued to have the effusive enthusiasm and support of his friends all through out the selection of the said items. They didn’t want their friend to die. The very thought touched KD and brought a lone tear to his eye when he was alone.

On the night before his first jog, KD swears he had set the alarm clock for four am. After the shock of the first ring died down, the determined man sacrificed his sleep and tied his shoe laces in the dark not wanting to wake up his wife. As he stepped out into the dark hours of early morning, he felt such jubilation at the thought of his assured longevity that he didn’t quite mind the loss of sleep. The cold air hit his face as he started to jog.

He found it odd that the roads were totally empty, but obviously who would have wanted to wake up so early on a cold winter morning. He felt comforted by the distant whistle of the policeman on night patrol. After running for around twenty minutes he reached a crossroad with one road leading to the courthouse and the large ground adjoining it while the other led onto smaller by-lanes. Now my father tells me that Judge’s field was quite eerie (‘joyal’ was the word he used!) back in those years. It was rumored to be just the place to witness a few clubby ghosts of those who were executed by public hanging under the British regime. Now KD wasn’t 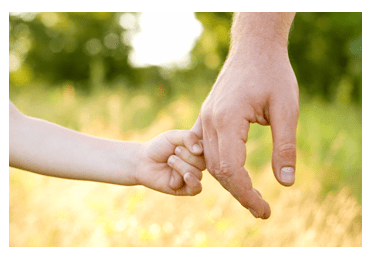 a brave soul, he was in fact on the opposite end of the courage spectrum. But emboldened by the surge of endorphin and the surety that early-risers would soon be thronging the roads, KD jogged towards the Judge’s field.

He decidedly avoided looking at the century old courthouse and the thick grove of trees around it. He summoned all the gods he knew as he entered the Judge’s field alone and continued to jog. Suddenly he was startled by a loud sound and cried out ‘Aiyyo Bupai!’ (‘Aiyyo Father!’, the translation kills it), but steadied his racing heart when he realized that it was the courthouse bell announcing the start of another hour. Four more strikes of the bell would follow in rapid succession to announce five am. He waited. And waited some more.

A wild fear crept into the heart which he had steadied only a minute ago. The sun had not risen for so long, the roads were still empty and the bell had rang just once. Of all the places on earth, he was jogging all alone at the haunted Judge’s field at 1 am! Such realizations would have killed a weaker person, but KD survived despite being the possessor of a heart of questionable strength, as he emphasized in so many retellings of the incident to all the people that came into his life thereafter.

He was quick to gather his senses and run for his life at a pace that surprises him even today. Who knows, what supernatural object might have lurked amidst those dark trees and traumatized Jorhat the next morning with the spectacle of KD hanging from a tree, replicating the horrors of the past!

This incident wiped all traces of any rigorous physical activity forever, with special emphasis to jogging, from KD’s life. He gave away his once-used shoes to a distant relative and stashed away the cursed alarm clock. He still has nightmares of that fateful night. He continues to lug around the paunch and still hates courthouses, especially the haunted ones.