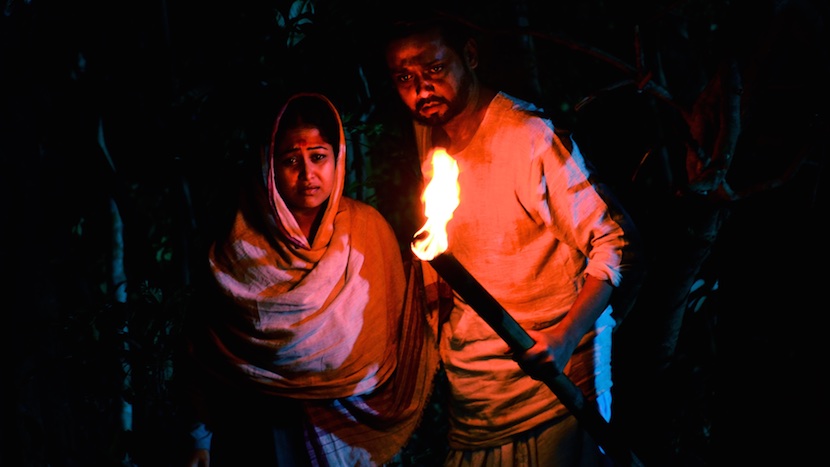 A viewer’s note on to Kothanodi – The River of Fables

A fable can be labelled as a traditional tale having realm of universal dreaming and chunk of imaginations. We have all grown up on folktales of some type or the other. Nowadays fables get movie treatment. Alike the Hollywood adaptations of classic folk tales, Snow White, Cinderella, Sleeping Beauty etc, ‘Kothanodi – The River of Fables’ is an Assamese adaptation fantasy folk based on Sahityarathi Lakshminath Bezbaroa’s collection of fables in ‘Burhi Aair Haadhu’ (Grandmother’s Tales). ‘Kothanodi’ written and directed by debutant Bhaskar Hazarika. It is a film that recounts the story of four mothers based on human emotions. The film is that fable that binds the beads of lives of four mothers in a saga of social and economic society into an artistic ensemble. It’s like a tale-as-old-as-time retelling. The film is already been in news in terms of popularity for its unique magic realism, periodic setup and taste of Assamese folklore.

Four Fables setting up into feature adaptations of ‘Tejimola, Champawati,’ Ou Kuwori,’ (The Outenga Maiden) and ‘Tawoi’r Xadhu’ (The Story of Tawoi). Senehi, a schizophrenic mother who has murdered her stepdaughter, Tejimola with a ‘dheki’ (rice grinder) when her husband Devinath is out of town. Devinath meets a woman, Keteki, who has given birth to an ‘Outenga’ (elephant apple) and the mystery in the thick of the girl coming out from that ‘Outenga’. Another mother, Dhoneshwari persuades her daughter to marry a python for her own sake in the story of Champawati and her awful voyage of marriage. Lastly, Malati leaves no stone unturned to save her baby from the ruthless hands of her husband Poonai and eventually opens up a bitter truth. The four fables are tied together with a common link. Though rooted in its distant past folk narrative, it also underlies social issues like witchcraft which is a serious affair in present.

Funds for the film were raised through a successful crowd funding campaign through the crowd funding platform, ‘Wishberry’ and proved to be one of the successful campaigns. Moreover, a large number of friends from the crew’s personal contacts helmed the project with monetary contribution. The film is very much in news for being selected into the prestigious Asian Cinema Fund, South Korea for its post production grant. ‘Kothanodi’ is the first Assamese film and the second Indian film to receive the grant. It was premiered in Asia’s biggest film festival, Busan International Film Festival in October this year as well as in the prestigious BFI London film festival, 2015, 17th Jio MAMI Mumbai film festival, 4th Dharamshala international film festival.

Adil Hussain, Seema Biswas, Zerifa Wahid, Urmila Mahanta, Kapil Bora, Asha Bordoloi etc provides a stellar ensemble cast and each of the actors are great all round. They all convey most through their pitch-perfect body language. Direction and screenplay by Bhaskar Hazarika and cinematography by Vijay Kutty are all innovative and brilliant. Vijay captures the picturesque river island of exotic Majuli giving an insight of enliven countryside through a breathtaking cinematic eye. Dialogues given by Assamese novelist and Sahitya Akademi awardee, Dr. Arupa Patangia Kalita is dramaturgical and Amarnath Hazarika knits the music so integrally and beautifully listenable into the film that emote poetry full of melody. 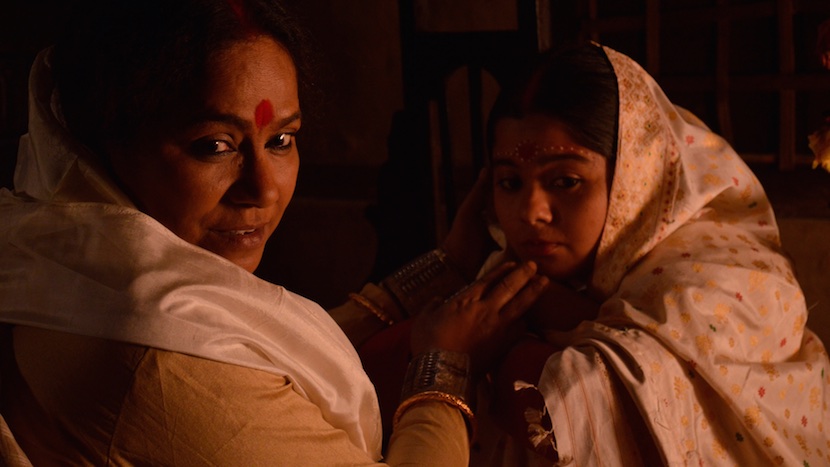 ‘Kothanodi – The river of Fables’ is a spectacular looking film, each little detail of set and setting perfect. It interprets the various mannerisms of female characters emanating intensity and warmth having experience of grim situations bounding each of the characters. This film sets a good example of director’s clarity of mind regarding characterization, mood of scenes and way of approach. Bhaskar picks the drama of human follies from Bezbaroa’s works and places them in a completely different scenario, but he stays true to the emotions of his works. Watch the film for skillful direction, dramatic dialogues, spectacular visuals and touching acting prowess that embraces human emotions amidst fables with a subtle take-away message that is positive and uplifting.

[Writer is a movie buff from Duliajan, Assam]

[** Disclaimer: Fried Eye Media has been associated with Kothanodi since it production stage when we help it reach out to more people for contribution.]