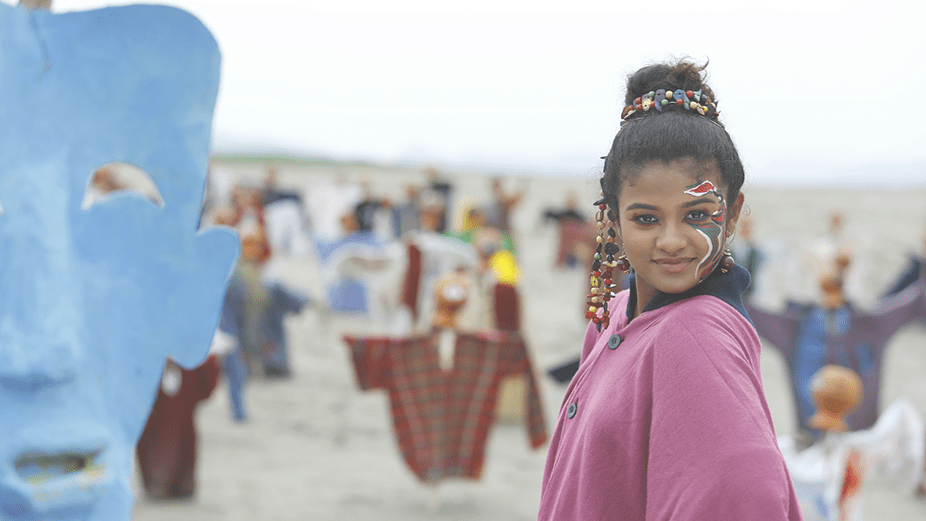 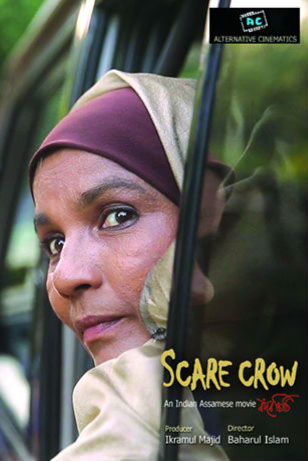 Rodor Sithi (Scarecrow) is an Assamese  film directed by acclaimed theatre personality Baharul Islam and is an adaptation of his play Ximaar Xipaare (Beyond the Obvious). The story of the film revolves around the struggles of a widow who has a complex life and how she gets rid of her fears.

The film begins with Baba (played by Zubeen) who is a frustrated musician as his mind is restless despite his work being recognised. He is constantly in search of something which he can’t find. His mother (played by Bhagirathi) consoles him that everything will be alright if continues to keep working hard and time will show him the right path.

It’s the death anniversary of their father (played by Papon) and Bhagirathi visits the grave in Cherrapunji like every year to pay her respects to the departed soul. Each year she visits alone but due to her ill health Baba accompanies her this year and finds that his mother behaves unusually in the grave as if trying to tell something to her husband but the words fail to come out of her lips. Baba is concerned about this strange behavior but says nothing.

On their way back when she feels better, Baba tries to ask about their parents love story in an attempt to understand what happened in the graveyard. Papon was a Christian and she a Muslim and it must have been an intense love to overcome the challenges of the society. She smiles and narrates how she was chased away by villagers who considered her a witch because she questioned the superstitions and ancient norms. She is rescued by their father who was a professor of computer engineering whose world view was that of an artist, a lover of nature and seeker of truth.He married her and loved her very much. He not only loved her and his family but he was of a loving kind and loved everyone around him and tried to spread love as much as he can to the world.

While the mother and son were away, the 3 sisters of Baba get into a discussion if the soul of their father is still among them and protecting them. They have their own dilemmas in their lives and try seeking answers by calling the soul of their father. Here Baharul Islam uses a fair amount of surrealism to depict the state of mind each daughter is in. Barkha Bahar stood out in this scene and if provided enough good opportunities, she has a bright future in acting.

The acting of all the actors were very effortless and natural making it a delight to watch the movie. The cinematography was also done very aesthetically.Because of the surrealism involved, the audience is left wondering about the various interpretations of the movie and keeping them thinking long after the movie is over. The movie cleverly poses many social questions without being preachy or opinionated that also keeps the audience thinking.

The movie will surely be a milestone for the Assamese film industry as it comes when the industry is in a dilapidated  state and we hope that it will inspire other film-makers to come up with such movies.

Bollywood Posters of the Past: They don’t make such anymore