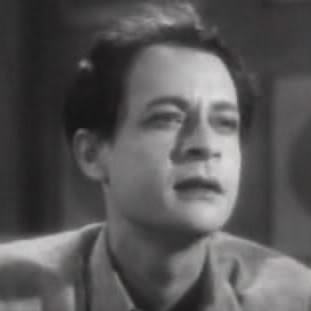 Acclaimed as one of the greatest directors of Indian cinema, this man from Gauripur, Dhubri, Assam is still highly under-rated and his genesis has not been appreciated as much as should have been. He was born at a time when Gauripur was not connected with other parts of the state and when he was introduced to film-making, it was in its infant stage. Pramathesh Barua learned the art and science of film-making and took Indian cinema to new heights. He introduced many new styles, techniques and forms in Indian cinema creating a background for the successful journey.

Before we peep into some of his innovations, let us delve into his life to understand him better. Pramathesh Barua was admitted in the Presidency college of Calcutta in 1918 and he obtained his B.Sc. degree with honours in Physics. He wanted to go to England for higher studies but his mother, Rani Sarojbala, did not allow him to do so. Rani Sarojbala was the daughter of a Satradhikar – Head of Vaishnav monastery in Assam – and had very orthodox views.

Pramathesh Barua was the most glamourous personality of Presidency College. He had all the makings of a dashing hero – he was devastatingly handsome, extremely talented, stinking rich. The story goes that girls would throw gold bangles at him to draw attention. His love for fast cars went to such extremes that he placed an order for and Italian Car manufacturer for an Isota Fascinni, made according to his specifications. He drove it around Calcutta with a tame leopard occupying the back seat. It was natural for him to be drawn into affairs – some momentary and some a little longer.His womanizing, if we can call it, only came to the fore after his stepping into films and his wife Kshiti Devi passed away due to a fatal disease. Copies of his love-letters run into six volumes, said his longtime assistant, Late Phani Majumder.

Pramathesh Barua’s stepping into the world of films was accidental. He was introduced to Dhirendranath Ganguly during his stay in Shantiniketan. Pramathesh Barua started his film career in 1926 as a member of British Dominion Films Ltd. In 1929, he appeared for the first time on the silver screen in a film named Panchashar which was directed by Debaki Kumar Bose. He also acted in Takay Ki Na Hay, another film directed by Dhiren Ganguly.

Around this time, an actress of silent era named Irish Gasper (Screen Name: Sabita Devi) urged Pramathesh Barua to go independent and build his own studio. Pramathesh Barua wanted to go to Europe and get a practical knowledge of the art and craft of film-making. In 1930, his father Raja Prabhat Chandra Barua sent Pramathesh to England for removal of a kidney stone. After the successful operation, he went to Paris with a letter of introduction from Rabindranath Tagore and met M Rogers. He received thorough training in cinematography in Paris. He learned a lot about lighting in studios at the Fox Studio. He also observed the production of Elstree Studios in London.

He returned to Calcutta after purchasing lighting euipments and set up Barua Film Unit and Barua Studio in his own residence in Calcutta. He then made the first film Apradhi where he was the main lead role and it was directed by Debaki Kr. Bose. Apradhi is a very important film in the history of Indian cinema as it was the first Indian film which was shot under artificial lights. Prior to that Indian films were shot with the help of reflected sunrays. While using artificial lights, he also made necessary changes in the makeup process to suit the lighting. This experimentation led to a wastage of 50,000 feet of ‘picture negative’ and another 1,000 feet of ‘picture negative’ was wasted with experimentation of make-up of artists. Apradhi thus brought radical changes to the technical environment for Directors in Indian cinema.

In 1932, he produced films like Nisher Dak and Ekada. The story of Ekada was written by him and it was directed by Sushit Mazumder. He played villain in the film Bhagyalakshmi which was directed by Kali Prasad Ghosh for Indian Cinema Arts.

In 1932, when the talkie era came he made his first talkie named Bengal-1983. Released by Rabindranath Tagore, it was a brave attempt by him due to the subject matter. It was shot in 8 days, which showed the tenacity and single-mindedness of Pramathesh Barua. The film was disaster which left Barua with no choice but wind up his company.

In 1933, he was invited by BN Sarkar to join New Theatres and this led him to the zenith of his career as a film-maker. He excelled in all technical aspects of film-making – direction, acting, script writing, photograph composition, editing or any other necessary skills. He now directed Rooplekha, the first talkie of New Theatres, also played the lead role opposite Umashashi. Released in 1934, Rooplekha introduced another new technique. For the first time in Indian cinema, flashback was used for storytelling. Then came Devdas. It was not the first time that Sarat Chandra Chatterjee’s tragic hero of the Bengali classic was adapted in Indian films, but Barua’s portrayal of Devdas was so lively that the made the tragic hero a legend. He directed both the Bengali and Hindi versions and played the lead role in the Bengali version.It has been said that Pramathesh Barua’s lifestyle made it possible for him to act the role of Devdas so convincingly. Devdas was released in 1935 and it was an instant commercial success. Cine scholars have said that it was the first successful social film in India and it changed the entire outlook of Indian social pictures. Devdas was also admired by cine scholars for the appropriate use of ‘flashback’, ‘closeup’, ‘montage’, ‘wipe’,’dissolve’, and ‘fade-in and fade-out’. Devdas  is also considered a landmark in the world cinema for the introduction of technique of ‘intercut telepathy shot’.

Mukti was another bold film made by Pramathesh Barua. Mukti  was the modern version of Devdas depicting the nostalgia of a man. The film was shot in the backdrop of scenic beauty of Assam. Rabindra Sangeet was first used successfully in the film. Pankaj Mallik also composed the music for one of the poems of Rabindranath Tagore, ‘Diner sheshe ghumer deshe’. Another important aspect of this film was that a major part of the film was shot outdoors. It took almost 2 decades after this film that realistic film-makers were more interested to shoot outdoors.

In most of his previous films, Pramathesh Barua had a tragic hero. But, in 1939, he made a movie Rajat Jayanti that made people burst out with laughter. This film is considered to be the first Indian comedy talkie. In the same year, he made Adhikaar which ushered new thoughts in Indian cinema. His social criticism reached such an extent that the film advocated class struggle. The use of symbolism was highly admired. Pramathesh Barua also made brave attempt by trying to blend Indian classical music with Western symphony. Encouraged by him, Timirbaran performed the blending successfully which was thought to be nearly impossible.

In 1940, Pramathesh Barua made Shapmukti for Krishna Movietone. Shapmukti greatly appealed to viewers tremendously for its highly tragic scenes. The film ended with 3 death sequences which Barua depicted with ‘cut-shot’ technique. Noted French film critic Geaorge Sadoul highly admired Pramathesh Barua for his brilliant use of ‘cut-shot’ technique which was also a pioneering effort in the early days of Indian cinema.

His film Uttrayan which released in 1941 was also path-breaking film in its own right. Prior to this film, stories of Indian films would start after the credits. Pramathesh Barua thought of doing something different and Uttarayan carried the film credits in between the story.

At the age of 48, Pramathesh Barua met an untimely death. He had plans to make children films, educational documentaries, to make the first film institute in India and a film on the cultural heritage of Assam. Had he lived some more, Indian cinema would have seen many developments and would have been the very different. Farsighted Pramathesh Barua could think of the audio visual media for educational purpose. Much ahead of its time, when the film industry was in still in its infant stage, he wrote an article that education can propagated in nooks and corners of the country through films and educational institutes should have 16mm projectors and film libraries for this purpose.  As the first Indian and the only non-European member of British Cinematograph Society, he was invited by J Arthur Rank Organisation of Britain to make documentaries. He accepted the offer and thought of making educational documentaries so that the vast educationally backward areas of the country could be enlightened with literacy. But his unfortunate death caused an end to his dreams.

Pramathesh Barua also participated in radio plays. In 1944, he played Amit, the hero, in a radio version of Rabindranath Tagore’s dramatized version of his novel Shesher Kobita broadcast from the Calcutta Station of All India Radio. His performance was outstanding, said those who heard him. He followed this up with few more plays. During his visit to London in 1938, and again in 1949, when he was accompanied by his wife Jamuna, Pramathesh was invited by the BBC to participate as guest artist in Bengali variety entertainment section. On another occasion he sang the Indian national anthem and directed the music of ‘Saare Jahaan se achccha’ both of which were broadcast on the BBC.

He once performed the dramatized version of Devdas in Dhaka and it is said that cinema houses were reportedly closed as the entire film watching fraternity went to watch their hero in flesh and blood.

In 1949, he was felicitated at the India House of London and introduced as a symbolic representative of India’s culture and civilization. Before him, no film personality of India was accorded such an ovation.

Pramathesh Barua was a gift to Indian cinema and due to the time in which he worked, he has been forgotten. It is our duty to carry the legacy in the same spirit and use the medium of cinema for the betterment of the society.

Disclaimer: The author does not claim any credit for the article and there may be some factual errors. Readers are requested to point out errors for a correct version of the story of life of this great stalwart of Indian cinema. It is a reproduction of various articles about Pramathesh Barua collected over time by the author.

Bike Story – Tales of Love connected by one thread