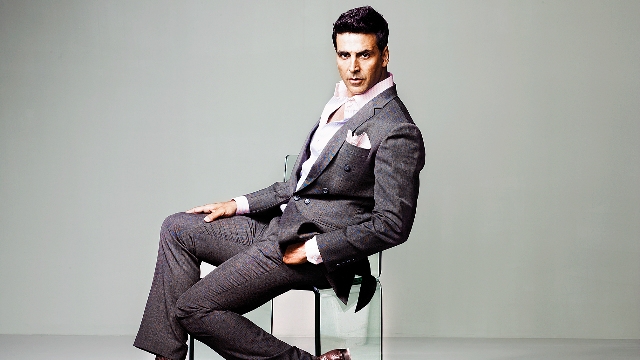 Nothing abnormal about homosexuality: Akshay Kumar

Akshay Kumar has come a long way from his Khiladi days. Back in the ‘90s the actor was known primarily for his action sequence than his acting credentials. However over the last one and half decade the actor has worked continuously to create a body of work that could be termed enviable, if nothing more. From delivering fun rides to gritty thrillers, he has done it all. And in all this, he has actually been one of the only stars to have seen a consistent box office records. In fact Salman Khan had some time back actually called Akshay the ‘real Sultan’ of the box office considering four of this year’s 100 cr plus grosses include three of the Housefull actor’s films.

Fried Eye spoke to the the actor, who is now basking in the glory of Rustom.

You have come a long way, from being termed just an action hero.

I try doing different roles as it gets boring. I have to do something different as I get bored with things within two months. That’s also why I finish every film in two to three months!

Talking of different, you played homosexual is a rather entertaining cameo in Dishoom. That was a first from you. Also, the good thing is that it was not quite the caricature that we are used to see in Bollywood when it comes to gay characters.

Homosexuality is normal. I don’t know why we actually make caricatures. If they are same as you and me, why should we play them differently on screen. That’s also why when it came to playing a Parsi in Rustom we tried not to make it the typical caricature that Parsi characters are made into in our films. You know, they talk just like us but we show them talking in a weird accent.

Akshay, you seem to have built a rather interesting working relationship with Neeraj Pandey, since Special 26. Would you do any film for him now?

Yes, there is a certain faith I have in Neeraj. We are very good friends. We will soon make another couple of films together. And I know he would never come to me without a proper script. He is a man who believes in screenplay and writes his screenplay. He would not just come and say let’s start a film.

Lot of your co-actors complain about your work timings, how you get them to work early. In jest of course! Comment?

Really? (smiles) See, when you travel in the morning there is less traffic. And then we get done by 2pm. At that time too there is no traffic. So you reach home fast. After that you have the entire day to yourself to do what you like.

You have just completed Jolly LLB. The first in the franchise featured Arshad Warsi and he had expressed dismay about not being a part of Jolly LLB 2, lamenting that the producers wanted a bigger star. What’s your take?

I really cannot comment on that. It is the producer’s decisions. This has happened with me too. I was not a part of Welcome Back. Likewise, I am not a part of Hera Pheri 3 either.

Certification and Censorship In Indian Cinema– The Way Ahead