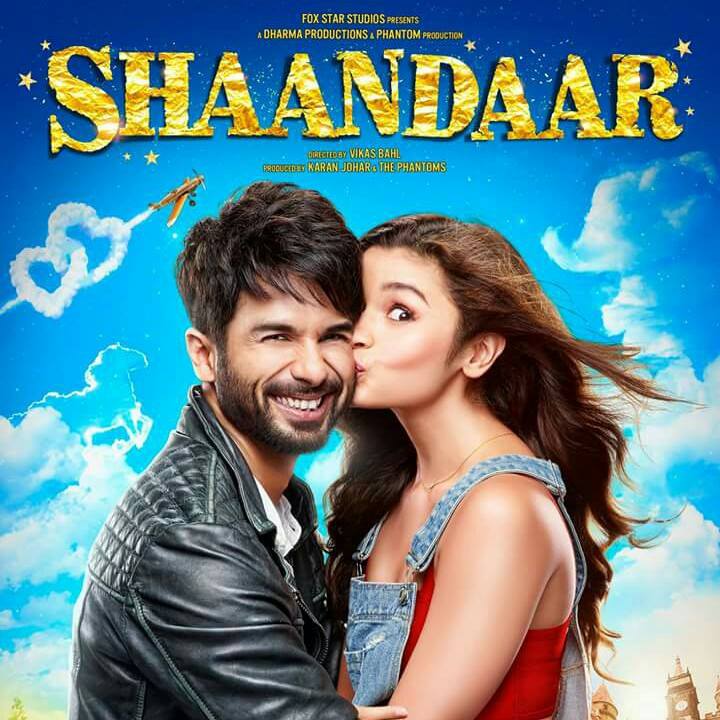 What do you get expect when the director of Queen and Chillar Party makes his next?

What do you expect when you have Dharma Productions, Phantom and Fox Star Studios backing a director like that?

Well the last time the three big names backed an equally if not more impressive director we had got a Bombay Velvet. This time around we get a Shaandaar.

What’s the difference? Nothing much. Of course both are different stories from acclaimed storytellers. But each film is the respective director’s biggest so far. Each probably a blunder the world is not going to let them forget anytime soon. And ironically, both are visual treats and feature Karan Johar.

Shaandaar is a beautifully shot film. Add to that usage of some wonderful animation and special effects to further the story. It actually looks like a grand Disney romance. Unfortunately it is much less than a romance. It is a rather confusing mix.

Funnily Shaandaar was being called a destination wedding film. Not quite as much about the destination or the wedding, the film is about two insomniacs who meet at the wedding and fall in love, and fall asleep. Well, okay, the find sleep.

You think it could be an interesting tale? Bet the actors thought so too when they were narrated the script. What then went wrong? Almost everything!

With a screenplay that’s as disjointed as pieces of multiple puzzle games put together, Shaandaar just does not go anywhere. To make things more cumbersome there are hordes of songs and scenes that do not serve any purpose.

So drab is this fare that even a kickass chemistry between real life father-son duo Pankaj Kapur and Shahid Kapoor can’t make things better. Even an adorable Alia Bhatt can’t salvage, despite flaunting a pink bikini.

Shaandaar shows promise of a different kind. A promise to put you to sleep. Like the two protagonists do each other.  And when you wake up, walk out of the theater there will hardly be a moment from the film that will stay with you. Let’s just hope you don’t dream of Bombay Velvet when you fall into that slumber. That would be agony.