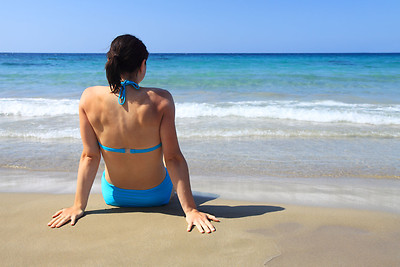 “I am a relationship dropout. A divorcee,” she had said with a smile, a sort of sad smile. I wanted to giggle at her witticism but held out my tongue  just in time as I was unsure if it would be appropriate or not. What followed was a bizarre half smile half grimace. A diplomatic expression.

What it is about divorce, that people curl and coil back and shrink with disgust at its slightest mention? Why the scorn? The accusing stares? And the ‘hmms’ and ‘hawwws’?

Is it because deep in our minds we do take it as a relationship dropout thing and look down upon it as we would at a school dropout? Is divorce a kind of failure? No doubt it is taken as a last step or resort to a failed marriage, but why do we take it as a personal failure.

Marriage isn’t a performance nor is it a game. Many feel it to be an investment or an institution as they say, but I feel it to be a sort of unwritten or maybe written agreement between two individuals to lead their lives together as an unit, if you go by technical terms.

If you like the more flowery emotional language then it is an union of two beings, two soul,s committed to stay together till eternity as they imagine it.

But sometimes, agreements have to be terminated, commitments have to be abandoned if the relationship isn’t working out even for either or both of the parties. It happens in business. We don’t frown upon it, but when it comes to marriage or relationship, we become scared- of everything in sight and off sight. Future, kids, society, emotions , loneliness, change -every possible excuses are made to delay the break. The result is that we endure more of it, that which could have been comfortably avoided.

Sometimes there are legitimate grounds, sometimes the grounds are purely abstract, but it is evident that things are not working out whatever be the reason. You feel restless, trapped, frustrated, claustrophobic in it. What do we do when we feel breathless and claustrophobic ? We move out, isn’t it? We step out in the open air. So should the case be in relationships. But it is seen that we drag on out of hope for a respite or because we have been told to do so. We try to rekindle dead romances and relationships. Can the dead come alive? You will say marriage like any other joint venture in the world needs efforts , sacrifice, understanding to be successful. Of course it does. But there is a big difference between ‘successful’ and ‘compromise’. Marriage like any other joint venture also needs to be abandoned if it is showing loss- Loss of peace of mind, loss of happiness, loss of life and a hopeless sense of loss in totality

Divorce isn’t a punishment, nor is it a revenge. I wouldn’t call it a solution either. Its just a phase one should slip into amicably if deep in your heart you have the feeling that you can’t linger on anymore and that you need to move on.

Of course the future is uncertain. True it is, that a known enemy is better than an unknown friend, but marriage and your life isn’t about friends and foe, its all about moving on to someplace else, if the ground you are on is shaky. Life is a journey, a rather short journey, so move on and live it.