November 15, 2012 Off By Fried Eye
By Manu Sasidharan
Manu Sasidharan is a student-cartoonist/graphic novelist. His  passion towards art has led him on his way in creating comic strips, caricatures & graphic novels. He has undergone 8 years training in art, which laid the foundation for his comic works. Now, he sketches cartoons and illustrations for private clients & college magazines.
Deccan Chronicle had featured him and his comic dreams at http://wwa.deccanchronicle.com/tabloid/all-rounders/finding-humour-everyday-life-411
He is planning to develop  Metro-ism : his comic strip series about a couple living in an Indian metro city of which the following strip is a part of. 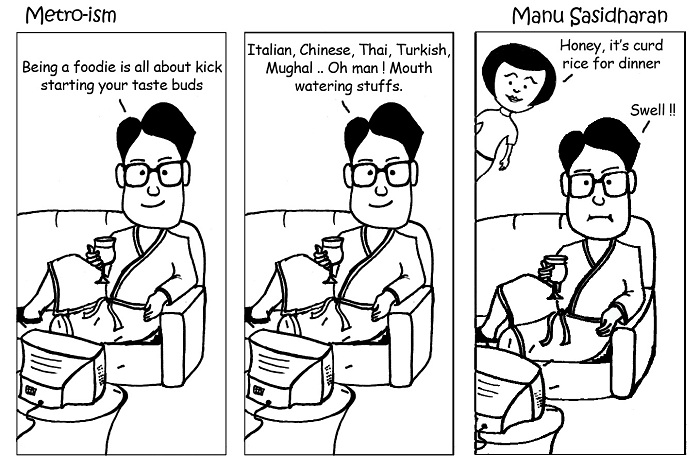 …Tale of a Broken Family…
The Dream