What was that quote about- Hate crime , not the criminals… Well the point is, it is very easy to preach but for a victim – to look into the eye of his/ her or their loved one’s tormentor- and declare stoicly- I forgive you- is almost impossible. Why victims, but any one with an iota of humanity will empathise with the victim’s wish for justice- revenge- punishment. But this is a civilised world . We do not practise the concept of ‘An eye for an eye’ anymore. The state has taken over the responsibility of justice and punishment. As they say with great power comes great responsibilities and so maybe a sentence , a prison term is no more about punishment alone. It is more about penance, discipline, training, correction, redemption and finally rehabilitation.

Well we do not have documents or quotes to support our assumption, but only observation coupled with logic as a pointer. Yes, we have some first hand observations from some of our FE team who had the opportunity to come in to contact and observe life behind the bars. 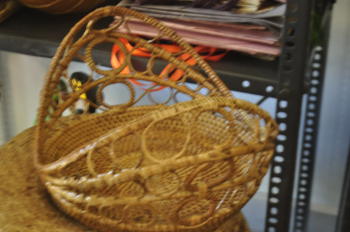 The word jail or prison usually brings before us cliched image of striped uniforms, filthy looking men with crooked expressions, bad prison food and unhabitable stinky cells . Courtesy – Our Movies. No of course prison isn’t a luxury suite – not yet at least and we would like to avoid controversies by not commenting regarding certain reports of such nature to selective prisoners. Here we would like to stick to what we saw or observed.
Gone were the days when prison used to be torture chambers and living hell. Now a days the Human Rights commisssion keeps an eagle eye on the prisons ,which prevents any sort of human rights violation. Other than right to freedom, no other basic human rights are denied and inmates are allowed to live with some amount of dignity.
Living accomodations are usually cells or barracks , a sort of dormitory which houses a television set and a sort of water closet . Prisoners are not , we repeat NOT locked in them at all times. Inside the jail, it is a whole community or a village where work are assigned to each and every inmatefor the functioning of that jail or the community inside the jail. Prisoners are assigned to the kitchen, the cleaning jobs, gardenning and the educated ones are even posted at cushy places like the library, thecomputer room or as an assistant to the medical officers. For example the assistant to the medical officer in Jorhat jail was a commerce graduate who seemed just like the mild soft spoken guy next door. Students have completed their education while in jail and earned degrees. There are all sort of recreational facilities like indoor sports, outdor activities, celebrations of major festival and above it all, meditation and yoga for spiritual enlightenment. Medical Aid is available 24 by 7 and the state takes whole responsibility of food , health and security.
They are trained, moulded to work as a team, in harmony within the community so that a sense of discipline is instiled which would help them life long . They are counselled , taught a trade or too, which may later help them in their lives to start afresh. You will be surprised at the variety of arts and craft that are taught there.- pottery, certified beautician courses,weaving, tailoring, carpentry, pickle and papad making. Their products like Tjs from Tihar are marketted extensively all over the city and have been earning both acclaim and good business. That way, even prisoners get to earn some money over and above the daily wages that convicts earn for the extra labour. Every possible facility is provided that can help them teach them to curb their anti social felings and behaviour and instil in them a respect for authority and harmony and a sense of responsibility towards oneself and fellow human beings. It’s a gradual process of including them back to the mainstream in a more productive manner , as a more responsible citizen. But not all of them are success stories. You will find defaulters, rebels, – the rotten eggs- that are beyond salvage, but still , even one person reformed and redeemed is an asset for the country and hence the reform and correctional programme came into being and became a success in a short period of time. Now jails all over the country are no more mere prisons herding the convicts and undertrials together, rather more appropriately they have become correctional facilities. As it is not all of them are hardened criminals, some were misguided, few victim of circumstances, a couple of them gave in to their moments of extreme rage and so the circumstances went … And a second chance at a decent life has the chances of reforming them for good.

But you may now ask,if there is so much Freedom behind the bars, where is the punishment? Here we would like to ask what is the purpose of punishment? A lesson so that it is not repeated ? Correction? Or is it avenging the grief of the affected party?
No matter how much comfort you provide , a prisoner will always be – a prisoner. Freedom is precious to every living being and if you take that away, that itself becomes a torture. Add to it the social stigma, the years lost behind the bars , the seperation from your loved ones, the helpless confinement while the whole world enjoys the free air outside- all these are a punishment in its own way. The justifications and the ramifications of crime and punishment is a grey area- A huge grey area in fact and it will take a long time and long discourse to come into any conclusion if at all we come to a conclusion. What we felt (though not conclusive and definite and entirely just an observation) is that perhaps the primary purpose of punishment is an assurance that it will not be repeated in future and that no other person will be subjected to the threat of the same crime. If that purpose can be achieved by penance, rumination,counselling, reforming and rehabilitation then how the end is achieved should not be the issue. Causing someone physical pain wilfully needs a lot of courage and a certain amount of ruthlessness which is difficult for any civilised society or person even if it be for the purpose of punishment. You stoop to the same lowly level of a beast if you also behave in the same barbaric manner. But again we admit, this is easier in matters of theft or minor offences. In case of heinous crimes and criminals as rape, cold blooded murder, psychopaths, terrorists not even a lifetime in hell can remove the scars of the many lives that they touch with their unholy presence. All logic and assumptions and derivatives disappear in such cases and all you are left with is a numbing shock

Hear the Caged Birds sing !: A Retrospective – By Silpa Mukherjee and Rini Barman