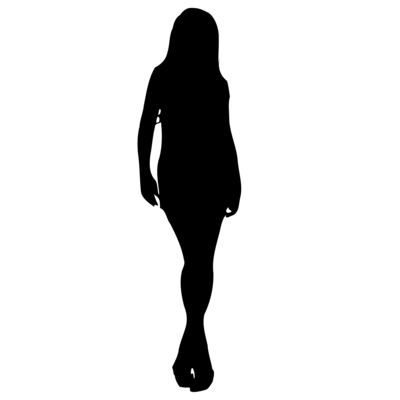 A few days back while watching ; *correction* while attempting to watch the audition of a reality based TV show, I was amused to hear some views about Legalisation of Prostitution in India. No No , there was nothing new in what was being said. The girl who was aptly alluded as Rani of Jhansi by one of the moderators had gone fully ballistic against the legalisation attributing it to being immora,l illegal and against our Indian culture. Sigh! Not a surprise coming from a semi fire brand like her , but what surprised me with a tinge of disappointment was that the so called ‘modern thinkers like the moderators too agreed with her. ‘Indian cultur’e-magic words aren’t they? We do have a tendency to go overboard when we hear the two words, swearing to protect and retain it at the cost of overlooking certain practical issues.

As you might have realised by now , I am pro legalisation of prostitution but not without my reasons and heaven knows I am willing to put forth my points for anyone who is willing to listen to me.

A profession as old as prostitution , one of the oldest in the history of our civilisation, being considered illegal in the name of Indian culture is a bit of an irony. Please do not think that I am promoting it. By all means ban it, but ban it completely. Let every citizen of the country ban it . Impose a total ban, but if you cannot ensure that, then legalise it to minimise the harm. How? I will come to that later and yes, I ain’t evading it . I am ready with my arsenal. It’s just that first I want to know why exactly do you fear to legalise it? What is it that you fear?

If you are a woman, then is it the fear that some of them men will visit it fearlessly? Of course they will, undoubtedly but haven’t they been visiting them in the sly till now? What difference does it make? Once an unfaithful man, always an unfaithful! If the men in your life hadn’t even given a glance at them till now, it is not because they feared prosecution (in today’s world, that is a laugh- I mean someone fearing a prosecution. No body really does) It was so because they loved you and cared for you . Changing the legal status will not change how they feel about you.

Or is it the fear that you have to share your social space with someone who might want to flaunt that she is one of the best escorts available? Do you think that someone would actually like to flaunt it? What are you imagining? Scholarships for bedside manners? National institute of passion and desire? Then I must really salute your extent of imagination. We are still stuck at legalisation , while you have flown ahead in to recognition. One doesn’t need a sixth sense to realise that prostitution is undesirable and demeaning to the dignity of a woman , if I have to use a neutral statement that is. By legalising we are not trying to enhance it, rather we will be just be giving her those benefits that allows her to live in dignity and with some minimum rights rather than being treated like an animal; just here what I have in my mind as an animal is the bull who is taken to an fro for servicing the cows.

If you are a man, you might be apprehensive that it might entice the women in your life for its lucrativeness (if there is such a word) and easy money? Forgive me for being crass , but do you really believe that it might seem lucrative and enjoyable? I am a female and I can tell you that the idea or thought of going to bed, day and night with some random lecherous strangers is revolting to say the least and it must be some really compelling reason that leads a girl to this. Even the behaviour of chasing the easy money in such a manner must be having a deep rooted psycho social reason, if you would like to point things in that perspective . If you want to counteract my argument with the word nymphomania, then my reply- nymphomaniacs will never do it for money. That’s basically a disease. Period.

So we need to rectify the circumstances that leads to the trap of easy money and glamour. For that you have to change the entire system , which I presume will take many years and no, legalisation will not worsen the situation, rather will bring a sort of transparency in the dealings. Now this is where I come to my ‘hows’. How it will benefit them?

No pimps to exploit them.

HIV positive rates declines if you lay down some rules

They will come under the blanket cover of state responsibility and live without fear and with some iota of dignity. They can claim medical AID, and maybe with better legislation , a day may come when they might be able to say NO , when they feel like saying NO. But all these will happen only when they are legally accepted. I am not even considering the social aspect because I admit . for such a major social upheaval, one needs time, plenty of time, but legally, as a fellow human being, we do owe it to them to let them exist in dignity.