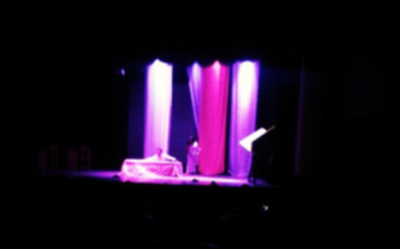 On 8th March 2014, a play named Kanchan was enacted in Rabindra Bhawan, Guwahati on the occasion of Women’s Day. The play was based on highly acclaimed Assamese Novel of the same name by Anuradha Sharma Pujari. The play depicted the double standards of the society about women. Where as on one side they look down upon the women who sleep with men for personal benefits, on the other hand they take a different approach for the men who either push them to do that or who sleep with those women. The protagonist of the play, Kanchan  which was played by Bornali Puzari, is a woman who is a simple LDC in a government office but has a strong hold among the officers due to her beauty. She had used her sexual abilities to get benefits in her career and support her family. In the meantime, Bidyut Phukan played by Kapil Bora, joins the office of Kanchan. Kanchan falls in love with him as he talks to her with respect unlike others. However, in the end it is revealed that he is worse than any other officer. Kapil Bora plays the role of a man who uses his pseudo intellectualism to cover his cowardliness and slyness. He tries to give Kanchan a ray of hope in good times but abuses her to save himself. 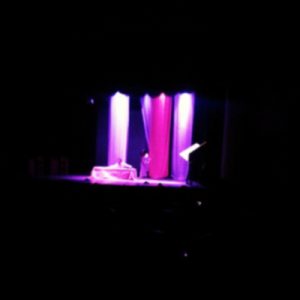 The cast includes Pranjal Saikia, Jolly Laskar, Amitabh Rajkhowa, Mala Goswami and Dr. Jayanta Das apart from Bornali Puzari and Kapil Bora. Kapil Bora came as a surprise package as his acting was a very controlled performance. It was a difficult role to play but he delivered well. There were some wow moments delivered by him.  Bornali Buzari also acted well but in some portions, I felt there was some over-acting although, it was the fault of the director as those scenes could have either been completely chopped off or told in a better way. Pranjal Saikia played the role of an office clerk who was well aware about all the unsocial activities in the office and had sympathy towards Kanchan even when people hated her. However, he was a weak person to do anything to stop it. The role was played very well by him.

The music score was composed and sung by Zubeen Garg and it was one of the highlights of the play. You leave the theatre humming the songs.

Through the lens- Steps ahead