In the end, there are just a handful of people who really know you. Your parents, because they shaped you into who you are. Your husband (or wife), because they are the key construct of your belief system. Your very few best mates, who have seen you at the most vulnerable, and never reminded you of it. And maybe your kids, if they really put their heart into it. But there is something about a sibling that just stands apart from the rest – because they have been there for all of the above. Shaping you as you grew up together, weaving into your vision of the world, and holding your hand when things were flaky and the world was crumbling. Confidante, partner-in-crime, worst critic & best friend. In some ways, looking at your kid sister or brother gives you a better idea of who you really are. 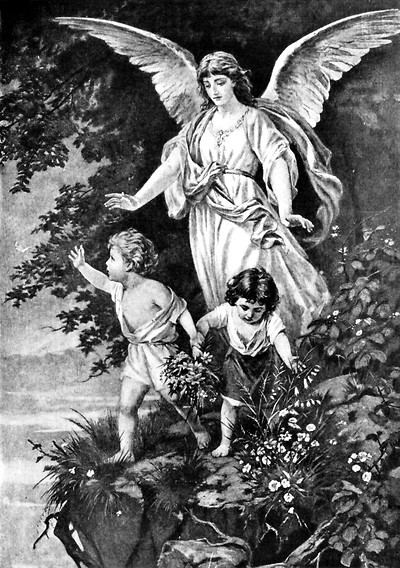 The first thing that I think of when I look at my kid sister is – Music. One of my strongest memories is of us sitting in front of our music teacher, practicing classical vocal with solemn faces and wide eyes, two tiny peas in a very musical pod. At the age when all kids in the block were dressing up their Barbie’s, we must have been waiting in a dressing room backstage somewhere, getting ready to compete in yet another music contest. I still remember the smell of the side-wings, just as I remember holding her hands, all elder-sister-in-tow. She was so tiny, they had to adjust the mike all the way down. Once, when she won a first place, the famous artist who was giving away trophies couldn’t spot her walking up the stage, and felt compelled to carry her and the trophy down to my parents. Only after a year of singing, did we realize that she didn’t know what a rhythm really meant – she just replicated what she heard, and didn’t miss a single beat!

The memory of one particular afternoon sticks out amazingly clear. We were both reprimanded by our grandma countless number of times for not having a bath, and finally someone had to drag us into the wash area with a stern warning. It was mid-afternoon, really hot and humid, and we just picked up a water hose and started a water fight out in the open! And all the times we were mid-attack, we were re-inventing a very somber Bollywood song into a parody – shouting on top of our voices, harmonizing, and coming up with even funnier lyrics. Come to think of it, I bet we did it more times than once, because I recall another one just now, when we kept singing an entire song in notation, again and again….till we had to be yanked out of the water mess we had created into dry towels!

In a very Von Trapp Family kind of way, we sang all the time – in the rickshaw on our way to school, during family trips in a car, while getting dressed to go somewhere, or having our evening snack – we grew up loving the same music, we shared the exact same sentiments, and we were always in sync on what we felt the song meant. Years later when I was in a boarding college, and she was back home and we only had the luxury of one call every week, we still shared notes on our latest finds and we still had the same opinion.

Mom tells me, I made my first song when she was a baby wrapped in sheets. Despite all the grown-ups forbidding me to hold her, I looked for an un-surveilled moment and sneaked in, took her in my arms, and started singing a song which was complete gibberish…and I had a huge grin plastered on my face. I guess that was me telling her ‘Hello there, we are in for a great time together, you and me, I promise. Welcome to the world, baby!’

My sister learnt to spell and read, when the rest in her class were mumbling. I am not kidding! We were amazed one time, when she started reading out one of those countless graffiti on the wall educating people on whom to vote for in the next state elections. And yet, she chose not to write, letting tears roll down her eyes every time she had to finish alphabet homework. She would just look so miserable, that mom would have to hold her fingers around the pencil and drag her hand through the process. I just think she was a clever clod – getting work done by an adult was much faster and effective. And it meant more game time! We were not surprised when she started reading books when her best friend closest in age was drawing crayons in color books.

And I now come to my second most pertinent memory of us growing up. Books. My husband still complains that he needs to educate me every time we go for a movie based on a comic book. ‘You guys just lost a fundamental part of your education trying to read Jane Eyre!’ he comments. And to be honest, he is not far from the truth. But at that time, we were lost in a trance of classics, foreign authors, and of course, Famous Five and Nancy Drew! Those were the days when we would look forward to our birthdays, to get books that we had been treasuring on our most-wanted lists…not a new dress or a shoe. And definitely not a stuffed toy! I remember one time when we had a serious conversation about becoming like the Bronte sisters. We even invented our own pen names, and our parents had a huge laugh over how they sounded like names of ships.

I remember the P.G. Wodehouse phase very clearly. We would be rolling on the floor, tears streaming down our eyes, laughing epileptically, and our mom would be highly unimpressed with our un-lady-like behavior. And we would chant out together, ‘I came back so fast, I almost met myself going out!’ Mom would just ‘Humph’ and leave us both shaking her head in disdain.

An important part of us growing as our father’s daughter was that we had to be very analytical. Let me re-phrase that. We did not get anything because we cried blue murder. We had to prove in logical terms that we needed something. And being daughters of a statistician meant we were supposed to be born mathematical. Hell, my sister’s name means Theory of Numbers! One of the first books we read was Maths with Mummy, and I still remember my sister almost inhaling the book into her system, the moment she set eyes on it. So big was the influence of logic, that once when she was angry at mom, she locked herself up in the room upstairs, did not eat lunch (though trust me, she always had a hidden stash of food up there!), and wrote out a questionnaire which mom needed to fill and sign at the bottom. Only then would she would let herself out. She also had the habit of tearing pages off her dairy and keeping it in the most obvious places (like on top of the ironing board) so the people concerned knew what she really felt! Coupled with her compulsory teaching lessons every evening to all of us members of the family, including my grand mom, it’s no surprise that she has grown up to make a living out of teaching English!

And here’s the funny part. We still do exactly the same things even now, though technology (and of course the ability to indulge in all sorts of gadgets) means we read i-books and crib about the paperback, play pianos, guitars and random instruments on tablets, and share lists on Grooveshark. Despite having a job that needs me to travel quite heavy duty, and despite her staying in a place where she takes care of ten thousand things – all in a language that she had no idea of a year back (and I have heard that she can make cab drivers blush!), we still cope fairly well when it comes to the basics…going into a reverie once in a while with discussions around a good book and it’s interpretation, or an amazing piece of music we heard sitting in a café, that we HAD to SoundHound! Does it mean we have not changed? Trust me on that. We definitely are not the same people we were. I would have loved to go into details of how, but that’s not the point really. The point is, when the things around me look suddenly alien – and don’t they do so more now than when we were younger – I know that there is one part of who I am, that I will always identify with. All I have to do is seek her out. She would know intrinsically how to take care of it.

2 thoughts on “Growing up together by Parijat Priyadarshini”