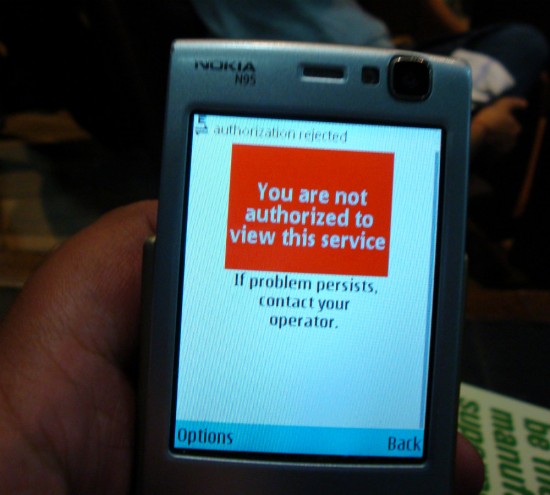 This post is released under a CC BY license. Please feel free to republish on your site, with attribution and a link. Adaptation and rewriting, though allowed, should be true to the original. What it was like before Mobile Internet opened up

Imagine what kind of an Internet you would have in India three years from now, once the Airtel Zero idea, of creating a free Internet by allowing Internet companies to buy data, becomes the norm across telecom operators. The top 4 telecom operators are adding around 9 million mobile Internet users a quarter. India is adding around 14-15 million a quarter, and that’s around 60 million a year, probably more, with free. Where will the next 200 million users that will come online in India prefer to go? Will they buy a data pack, or will they use the free Internet?

How Airtel Zero splits the Internet in India (tweet this)

Airtel Zero, which we wrote about yesterday, is a platform that allows Internet companies to pay money to Airtel, to allow users to get free Internet. On the face of it, for a user, this seems great. A few things to consider on how it splits the Internet:

– Free and paid: What will they use? Facebook’s free Internet.org. Free Cricinfo. Maybe the free Indian Express (which calls “Net Neutrality” nonsense, here…do read the comments) instead of The Hindu or Times of India? Maybe YouTube will be free while Vimeo and Dailymotion will not be. Shopping from Flipkart at no data charges? Google, a part of the telecom lobby COAI and a serial violator of Net Neutrality in India (read this) will be free. With all the popular, favorite sites free, they’ll choose free. They’ll have to think before buying a data pack to access the freedom of the open web.

So, two Internets. Free and paid.

What will they see, when users who are on free try and go to a paid site? This:

That’s what happened to me when I tried to access the open web on an ‘Airtel Live’ (not Mobile Internet) connection back in 2008.

– Indian and global: When a new app launches globally, will they line up outside an Indian telecom operators office, so that they can reach that 200-300 million users in India? Imagine if YouTube had launched now as a startup, and it wasn’t owned by net-neutrality-violating Google. Do you think they would have cared about being made available in India? Twitter – which has also violated net neutrality in India – recently launched a video streaming service Periscope. What if it isn’t available to those users on the free plan? All the small little tools that can launch globally now will not be available to that user base, because they won’t be able to roam the Internet freely.

So, two Internets: Indian and global.

What will they see, when users who are on the free Indian Internet, try to go to a global site that hasn’t signed up with a telecom operator? This:

– Between big and small Internet companies: Indian Internet companies will need to raise higher funding, for their sites to be made available to free users who don’t have a data plan. So, Flipkart, with $1.9 billion raised last year, will be free, but, maybe, DailyObjects with lesser funding, will not. So the users on the free plans will never find out that DailyObjects exists, unless DailyObjects raises more funding and also signs up. What will student startups do? MediaNama was started with Rs 500 for a domain name, Rs 500 per month for hosting and our biggest expense was registration for a private limited entity. What will happen when most of the Internet in India is inside a walled garden? Will not market forces ensure that this so called “marketing expense” isn’t optional. If Flipkart has signed up, do Snapdeal or Amazon have a choice? How long will they hold out?

What they see, when users who are on the free Indian Internet, try to go to a site that hasn’t signed up? This:

So, how many Internets? 26: Two Internets per telecom operator, and 13 telecom operators (including Jio). If ISP’s also go down this path (BSNL, Airtel and MTNL are the largest), and there are over hundred ISPs, then we would have hundreds of different Internets in India. Oh, just to clarify, that isn’t a good thing.

What they see, when users who are on the free Indian Internet, try to go to a site that hasn’t signed up with their telecom operator? This:

Maybe it won’t be as bad as this

I’m giving you the worst case scenario. It might not be all that bad. All the telecom operators and ISP’s in India could collaborate and create a free “India Internet”, allows all apps and sites to make their product available to free across all telecom operators, maybe at a discounted rate. That still splits the Internet into two parts: free and paid. And there could be a single “Supply chain manager” (a role that exists in the mobile vas industry) which Internet companies, Indian or otherwise, have to negotiate with to make their app available, or negotiate with every year for the renewal as a vendor with telecom operators. Is that better? I don’t know. Telecom operators could also charge on a pay per use basis for sites outside the free Internet, and not block access, keep in mind two things: Firstly, once that distinction is created in a users mind between paid and free – they will lean towards free. Secondly, Indian telecom operators have a history of manipulation of their platform. In Mobile VAS, there is a “Supply Chain Manager” who renegotiates deals, telling “Vendors” that they’re making too much money, and more share needs to go the operator. Where have we heard that before? Well, in the TRAI paper, the telcos argue that Internet services are “free riding” on their networks, and that have very high valuations. That $19 billion WhatsApp deal, which valued the company higher than Airtel, probably really made them angry about this “free riding”.

Technically, Airtel Zero isn’t a marketing or promotional platform. It’s platform that allows Internet companies to buy data so their consumers have to pay for it later. It is essentially subsidizing Internet access. I can buy an iPhone and decide that it is available for free for anyone to take. If I don’t tell anyone about it, how will they know? The promotional aspect is separate: either the Internet company or Airtel will have to promote the services and the platform. Allowing companies to buy free access for consumers is not promotion.

Also, Airtel, in the interview with us, didn’t disclose rates, the list of companies that signed up, how this price was decided, or how different it is from what regular users pay. Srini Gopalan, Director – Consumer Business, Bharti Airtel, said that “The way our pricing structure works, the pricing is transparent, but I can’t talk to you about the details right now.” Okay, then.

Disclosures: Readers should bear in mind that MediaNama has always taken a strong pro-Net Neutrality position. Our coverage here. Personally, I’m helping create awareness of the issues that might arise from anti Net Neutrality regime.

Video: Know you friends | Being Indian |