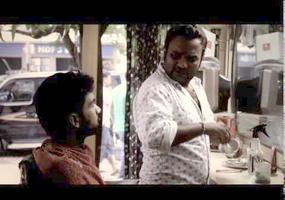 A brilliant short film by Shlok Sharma depicting beautifully the gullible human nature. And be ensured, the  twist in the end will totally zap you!   Also, in a scenario where the country is discussing communal politics and its probable impacts, the film probably speaks a lot!

The idea: In times like ours, when all are groping around in the dark to find their belief systems, I feel this time is appropriate to share my 2nd short film here. A satire on the unpredictability of human nature, Bombay Mirror is actually a dig on fanaticism. I had made this short film for UTV in 2010 but it never got released. Cast: VIJAY MAURYA & RAJKUMMAR RAO     Shlok Sharma has been an assistant to Anurag Kashyap and worked on films such as Omkara, No Smoking, Dev D and Gangs of Wasseypur.